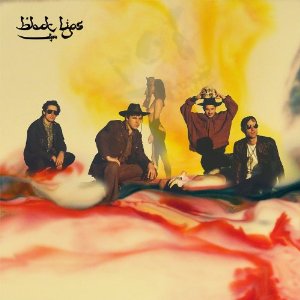 Listening to The Black Lips can make you feel cooler than you are. Their southern-tinged garage rock is reckless and charming and their melodies and riffs give the perception that there’s a much broader musical range that the guys are capable of, but they prefer making bad-ass rock and roll. 2007’s Good Bad Not Evil was a classic modern punk record, but their last album 200 Million Thousand felt like the guys were running in place. Enter super producer and DJ, Mark Ronson. Rumor has it that he put Beyonce on hold to work on Arabia Mountain. The fit makes sense on multiple levels. Ronson’s work with Lily Allen perfectly captured an American ’60s soul sound which works well with The Black Lips aesthetic – maybe the guys needed a little structure in the studio. The results are a driven, but not too focused product that jumps around and shows a lot of angles for the band. “Family Tree,” “Modern Art,” and “Spidey’s Curse” start the record in sequence and are super strong and very different. “Family Tree” is an all out punk wail, “Modern Art” has a sweet guitar riff, and “Spidey’s Curse” is a tender ode to Peter Parker. The remainder of the album has plenty of bright spots as well and is a satisfying listen.