“Antenna To The Afterworld” by Sonny & The Sunsets 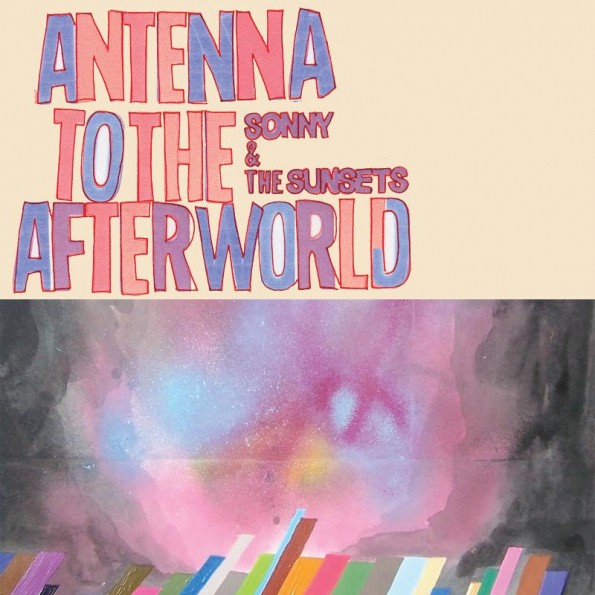 Sonny & The Sunsets
Antenna To The Afterworld
[Polyvinyl]

Antenna To The Afterworld might only be the fourth proper LP from Sonny & The Sunsets, but it’s main scribbler, Sonny Smith, has been writing ’60s-tinged melodies for as long as we can remember. His records have ranged from unkempt garage psychedelia to sunshiny country-rock (most noteworthy on last year’s Longtime Companion), with many stops in between. This year’s release, however, shows Smith and his collaborators (including new garage mainstay Kelley Stoltz) putting their eclectic influences into a gloriously fun mixture of idiosyncratic pop tunes.

A sense of no-holds-barred musicality hits you from the get-go. The opening track, “Dark Corners,” features an accordion that thinks it is a synthesizer, and an infectious, punchy bass line harmonizing beautifully with Smith’s mid-range, somewhat jangly vocals. Actual synths are there, too, and by the time of “Void” it’s hard not to think of R. Stevie Moore‘s homemade jumbles of Americana. Together with the album’s lyrical themes (which include, but are not limited to, aliens and the afterlife), the genre-bending instrumentation makes Antenna To The Afterworld a superbly enjoyable listen, and one of the quirkiest, most colorful albums in Smith’s catalog.