“All Yours” by Widowspeak 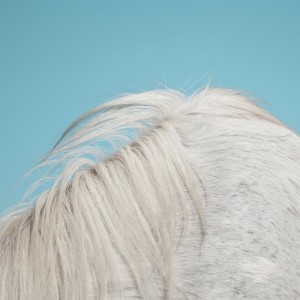 Widowspeak
All Yours
[Captured Tracks]

Brooklyn’s Widowspeak have always been ones to craft breezy summer jams. Their first 2011 single “Gun Shy” excited fans with innocuous Mazzy Star similarities, but never actually surpassed the likely sounds of being on the next corny rom-com soundtrack, or shuffled up somewhere on a Forever 21 staff playlist. This closely came to reality on a TK MAXX (UK’s version of TJ MAXX) commercial behind the store’s bright summer catalogue.

All Yours is exhausting in its third attempt at cementing their folklore-injected, shimmering guitar-pop. Drums sluggishly kick in as the opening title-track returns from their grand western expedition in Almanac, only to relapse back to wobbly Americana-tinged guitar slides and frontperson Molly Hamilton’s wispy serenades. The usual.

Their most delightful tracks appear smack dab in the middle, and seem to be faced with the inevitable pressures of time. “Stoned” floods soft reverbs that work well with its daydream narrative. “GIRLS” and “Borrowed World” flash a different side of Hamilton and Robert Earl Thomas as they frantically pace back-and-forth when confronted by the younger generation’s successes over their own.

This year has been pretty amped up on the ever so fluctuating dream-pop scenery kudos to Beach House, No Joy and fellow Captured Tracks labelmates (Mac Demarco, DIIV). Quite frankly, it’s starting to get a bit chilly waiting around for Widowspeak to awaken their true potential.