“All Is Illusory” by The Velvet Teen 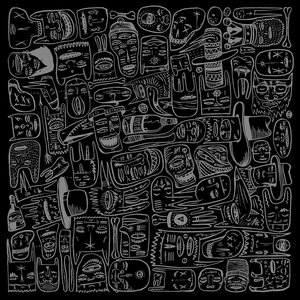 The Velvet Teen
All Is Illusory
[Top Shelf Records]

Is everything really fake? It’s not difficult to imagine the goth kids from South Park flipping their hair and smoking cigarettes while they contemplate the fourth album title of California-based indie rock band The Velvet Teen. Is All Is Illusory true to its title?

Judah Nagler has a vocal timbre that stuns. On moments where he explores his range, such as on the ricocheting synth stylings of “Pecos,” Nagler brings a nice change of pace to the liberal use of vocoder in “Manifest,” a track that feels constrained in its bothersome mechanical sound. Nagler’s voice does very well without effects to express his very emotional calls. The Velvet Teen has masterfully chaotic drumming courtesy of Casey Deitz, a man whose skills are immediately present from start (“Sonreo”) to finish (“Gtra”). While “Church or State” feels bland in its tameness and “Taken Over” feels demanding in its need for concentration, the punk sounds of “You Were the First” keep the party from becoming a bummer.

If one thing’s real, it’s the effort that put forth this good release. In its most calamitous moments, All Is Illusory shows its largeness and instrumental freedom.