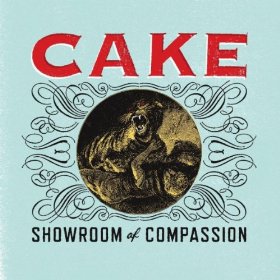 Where have the last seven years taken you? I fell in love, got married, quit my job, sold my home, moved to another city, got another job, oh and became a step-mom to three chillins. Point being a lot of shite can go down in seven years so taking a hiatus between albums (and expecting your fans to be there upon return) can be one hell of a roll of the dice. For Sacramento droll band CAKE, it was a risk they were willing to take. On January 11th their long awaited full-length, Showroom Of Compassion (Upbeat Records) will finally drop after seven long years. To mark these seven years I am dishing 7 nuggets of sneak peek about the album: