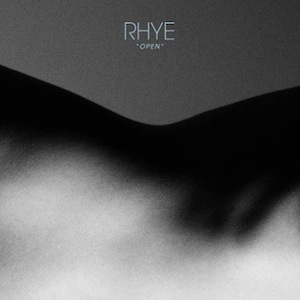 Quietly this week an unknown group out of Los Angeles has released a tasty little EP that you’d never believe was birthed in the city of angels. Rhye has left no paper or digital trail giving clues to the members of the band, where they’re originally from, or if they’ve ever been in bands before.

At first listen, Open seems like it would be the side project of Sade, Enya, or maybe the rebirthing of Everything But The Girl, yet it’s not. And while the similarities exist between Rhye and the aforementioned groups, I’ve been reassured that none of these guesses are correct.

The album is only 6 songs and even further lessened when you count that 3 of those songs are instrumental versions of the tracks with the velvety lady vocals on them. Open is quite a delicious listen, yet falls short in terms of quantity. We’ll be sure to stay on the lookout for a full length from the mysterious band and hopefully find out whom is behind this little must-have EP of early 2012.