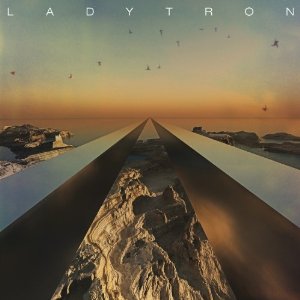 When I think about Ladytron, images of basking in the summer sun are rarely the thoughts that are conjured up in my brain. Rather, my first thoughts associated with the word “Ladytron” are more along the lines of a gloomy winter’s night where the headlights of cars are being reflected off of rain-soaked asphalt. There are certain albums that are perfectly suited to score a night drive alone. You get in the car, click the seat belt into place, plug in your trusty iPod, check the mirrors, and start your solo journey towards your destination. The fifth studio album Gravity the Seducer from the Liverpool co-ed quartet Ladytron is the perfect companion to keep you company on your evening travels this winter.

Earlier this year, Ladytron released Best of 00-10, a compilation of the band’s greatest achievements over the past decade. As with any “best of” album, the release provided a summation of the Ladytron’s previous four albums in little digestible snippets. In hindsight, when comparing Gravity the Seducer with Best of 00-10, the latter album literally constitutes a bookend to the band’s discography over the previous decade but also symbolically acts as an ellipses segueing Ladytron into the future decade with Gravity the Seducer acting as a preview of what is to come.

In this latest album, Ladytron evolves enough to be creatively satisfied, but does not alienate diehard fans with an abrupt deviation from their trademark sound. With its periodic swelling of moody layered synths and the repetitious recitation of the lyrics “the color deception,” “White Gold” seems to be the track on the album that could be the most easily incorporated into any of the albums of the previous decade. The band’s dark undertones continue to carry over into 2011 through Helen Marnie’s characteristic aloof monotone vocals. However, this time around Marnie’s vocals are more underplayed and even more delicate and dreamy on “Mirage” and “90 Degrees” than in previous works (is that even possible?). Heavier buzzing synths provide the base line for juxtaposing lighter more twinkling synths which create a softer chimey texture (“White Elephant,” “Transparent Days,” and “Ace of Hz”). When viewed in isolation, Gravity the Seducer feels as though it teeters on the borderline of being classified as ambient electronica with several tracks consisting of completely instrumental arrangements. But looking at Ladytron’s collective body of work in its catalog, the album ultimately remains true to their electro-pop sensibility…with a little sonic tweaking. For my night drives into San Francisco this winter, you better believe Gravity the Seducer will find its way onto my “Night Drive” playlist with Mogwai’s Young Team and Portishead’s Third.

Ladytron – Gravity The Seducer by nettwerkmusicgroup