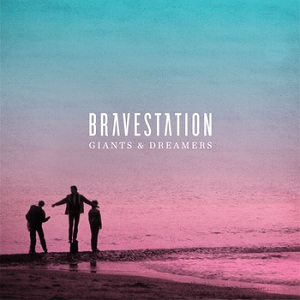 When we first saw the video for “Signs of the Civilized” we were completely drawn into the laid back, tropical pop styles of Canada four-piece Bravestation, so of course when we got ahold of their debut album Giants and Dreamers we expected to fall in love with the group even more.

However, despite having listened to the album several times, it didn’t seem to keep us as enthralled as we had hoped. The reason being most of the songs struck us with a lack of diversity and as the album progressed, some of them seemed to blend together. With that being said, Giants and Dreamers still had its shining moments every now and then. Aside from the soothing and sophisticated “Signs of the Civilized,” tracks like “Amaranthine” and “Kaleidoscope” held their own in the bunch by delivering poised vocals with subtle grooves and slight dream pop tendencies that easily got caught in our heads. All in all, while Bravestation’s debut effort came across as somewhat average, we’d still classify it as a gratifying listening experience.