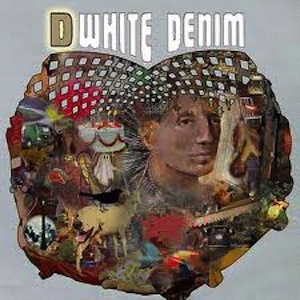 White Denim’s upcoming album, D, showcases a softer sound than what we’ve grown used to from previous releases, and although opening track “It’s Him” is not a world away from much of the material on 2008’s Workout Holiday, as the record progresses, it’s clear to see that this Texan foursome has chosen to foster a slightly more laid back vibe in their production of music, yet in doing so have lost none of their â€˜rock n’ roll’ credibility â€“ fear not, the shit-hot guitar riffs are still there for all you hardcore fans â€“ take note of “Drug” and “At The Farm.”

“Keys’ is definitely a standout track in terms of this more chilled out approach, incredibly simple acoustic guitar paired with soft vocals. The novel inclusion of background strings blends it into being one of those songs we’re sure we’ve heard somewhere before, easily included on any folk compilation album; although that may sound like an insult, it’s not â€“ listen for yourself and you’ll see what I mean.

White Denim have this rare ability to make retro music whilst simultaneously avoiding the pitfalls of a contrived or manufactured sound. With album number four they show no sign of stopping what they’re good atâ€“ and we’re damn grateful for it.