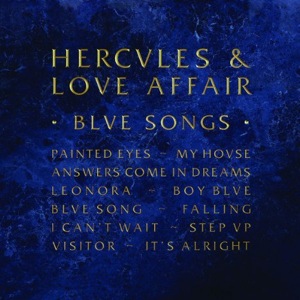 Hercules and Love Affair already released their sophomore album, Blue Songs, in the UK back in January, and now they’re finally getting around to the US. Their first album, which was self-titled, was boasted as being innovative and revitalized disco. However, now with Blue Songs being released three years later, the music world has shifted.

Based off of DJ Andy Butler, Hercules and Love Affair (almost as much a mouthful as Margot and The Nuclear So & So’s… almost) saw a change-up in musicians with Blue Songs. Replacing Antony, from Antony and the Johnsons, is Kele Okereke from Bloc Party.

“My House” is a fun song that stands out against the others as a sharper, more cohesive track. Overall the album is good enough for a casual dance party, but doesn’t really live up to the promise of the first: aka, sophomore slump.