Here’s a band that gets it; and I believe Elvis Costello gets it too. Shows at large venues like the Fox, Warfield, Fillmore, etc. usually have a three-and-out policy, where photographers are allowed in the pit at the front of the stage for only the first three songs of band, then must leave and/or store their equipment. 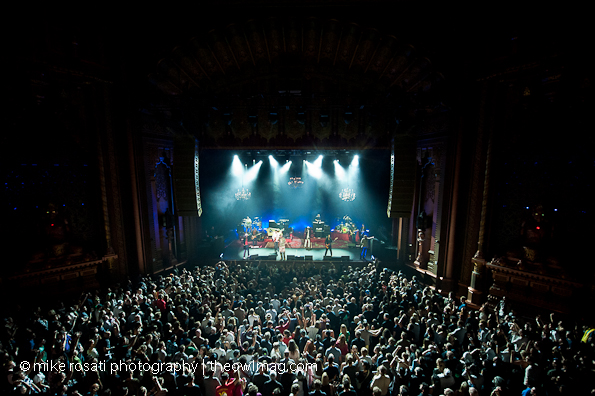 Friday night there was no such rule. Thievery Corporation allowed shooting the whole time, and from anywhere. No need to hustle and rush shots; thank you Rob & Eric! 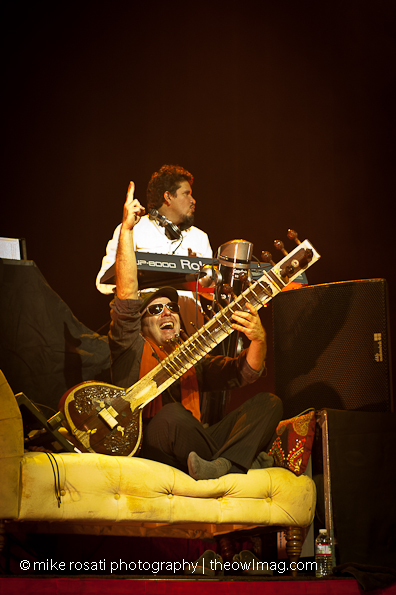 Thievery Corporation proceeded to pull classics from their whole library, covering The Mirror Conspiracy, The Richest Man in Babylon, and Cosmic Game. Singers traded off between songs with great energy and flow. The crowd was kept hopping and waving their arms in sync, with the last song of the set being “Web of Deception,” the first single off their new album, Culture of Fear. 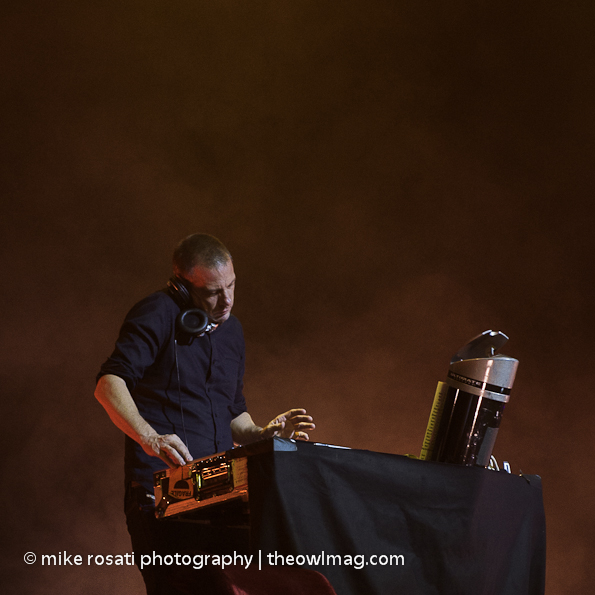 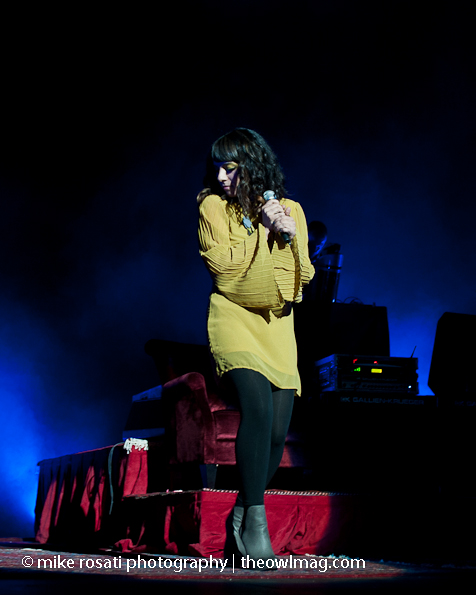 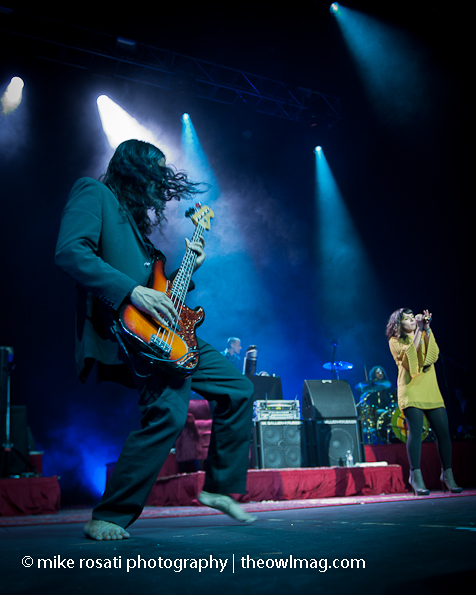 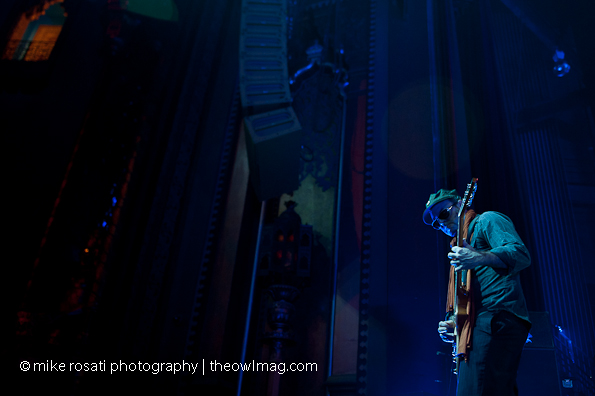 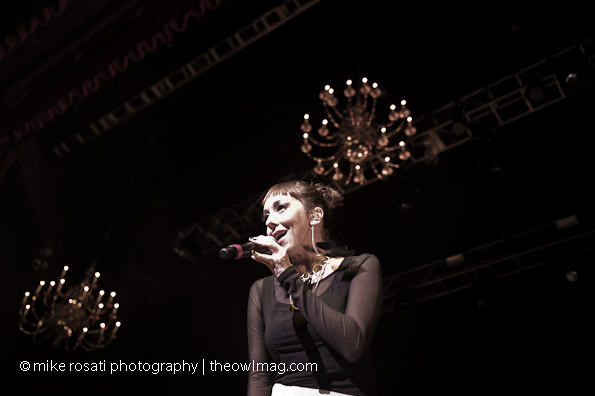 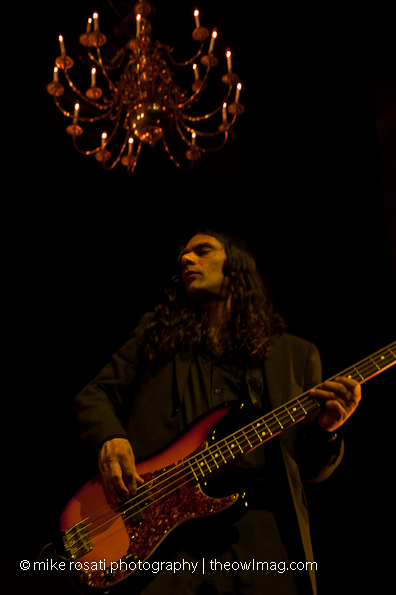 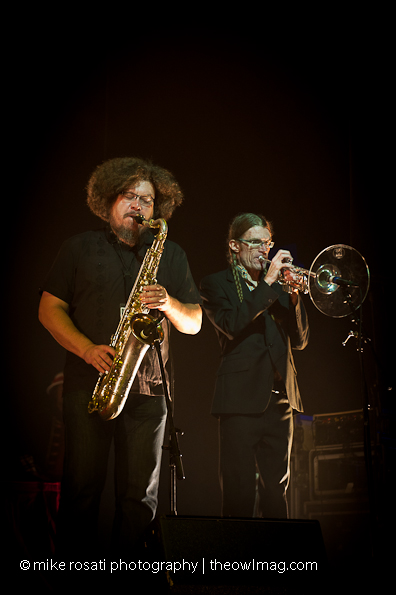 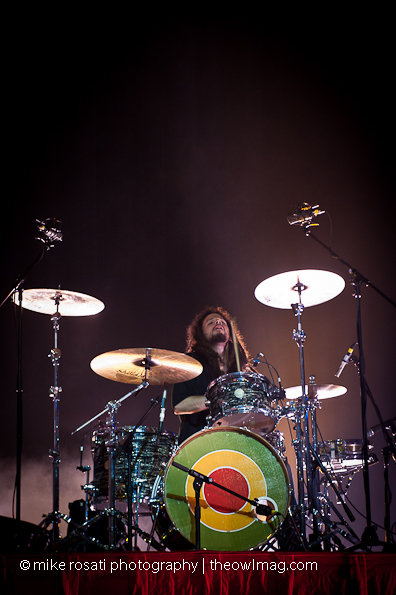 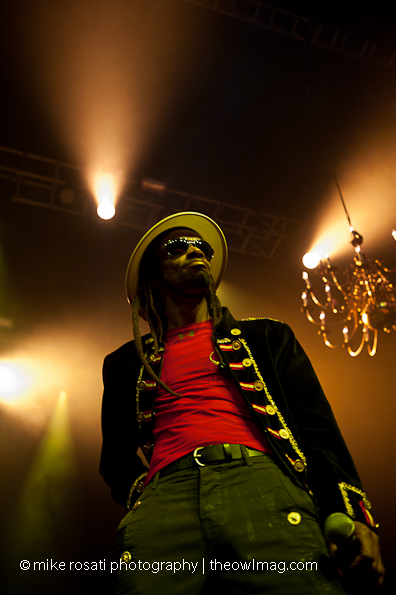 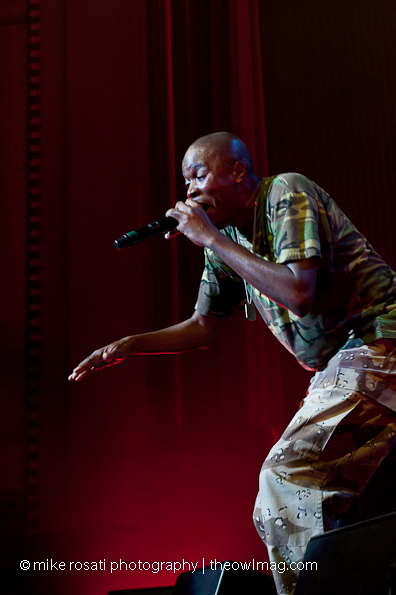 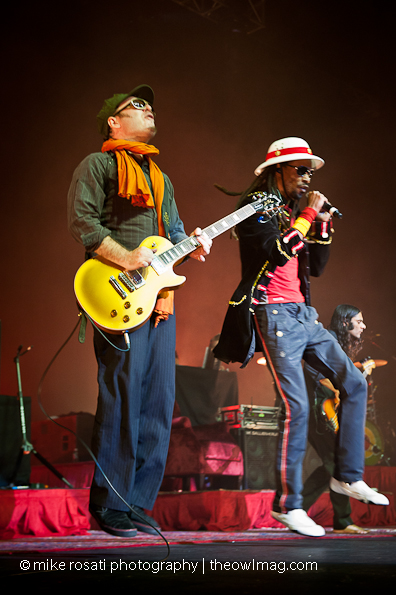 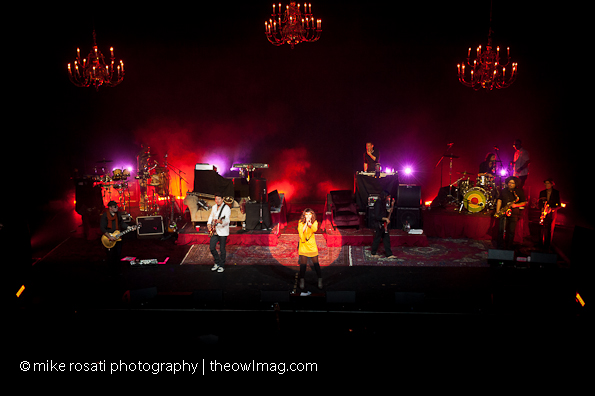 Check out even more badass photos of Thievery Corporation HERE!