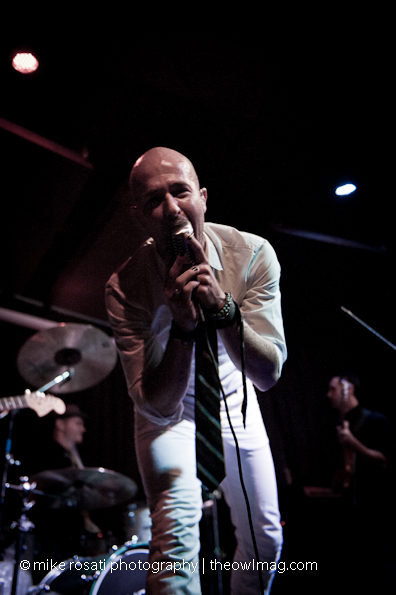 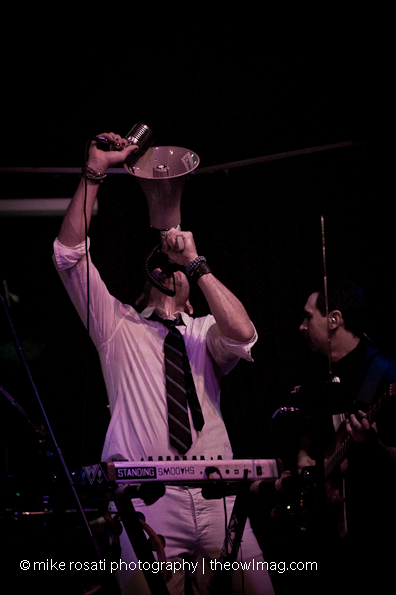 Opening the night at Brick and Mortar was LA-based alt-rock-electro band, Standing Shadow. I knew nothing of this group, but their video for “We Are Everlasting” got me hooked enough to roll into SF last minute. 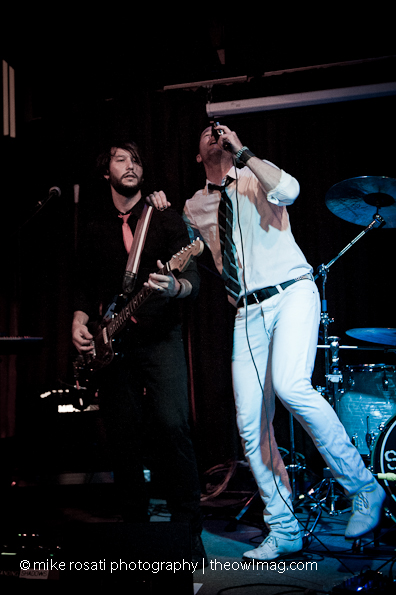 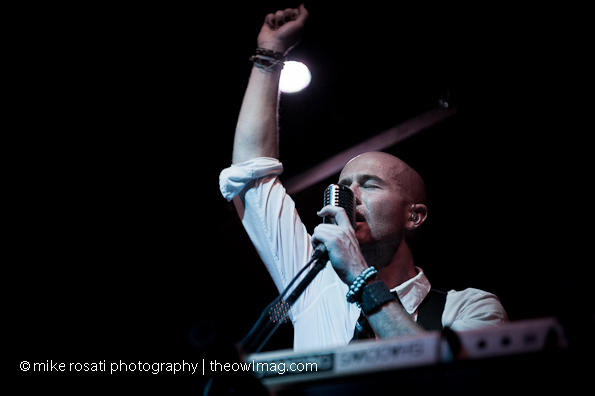 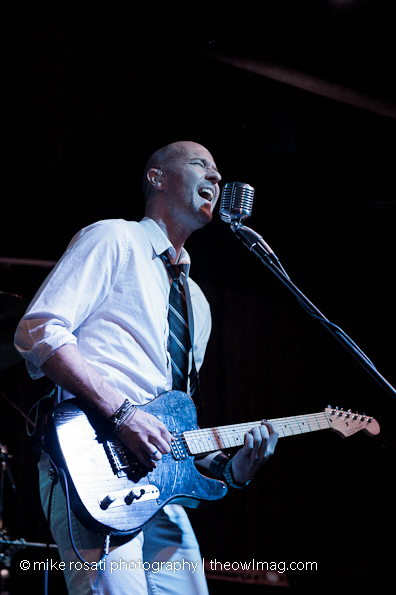 An energetic foursome, the lead singer didn’t stand in one place long enough to leave a shadow. Their exuberance was in stark contrast to the mostly lackluster crowd. Peppered with fans who actually sang along, it was nevertheless the anti-mosh pit, but that didn’t detract from a band who put together a well-rehearsed show of electro-rock that was fun to hear and see. With a variety of sound-enhancing tools including a bullhorn, synth, and theremin, they didn’t rely on props but instead on a driving bass line, solid drumming, scorching licks, and lyrics worth listening to. 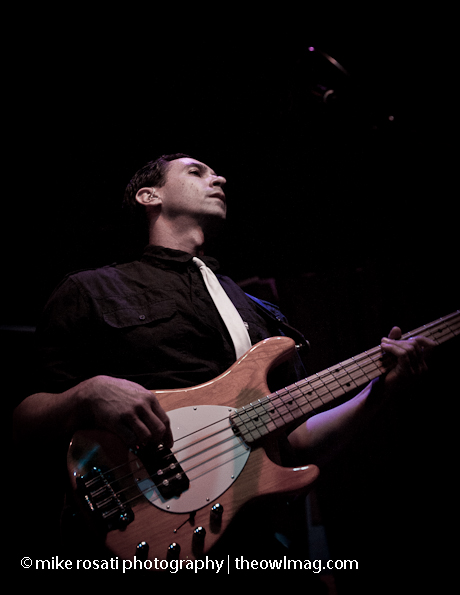 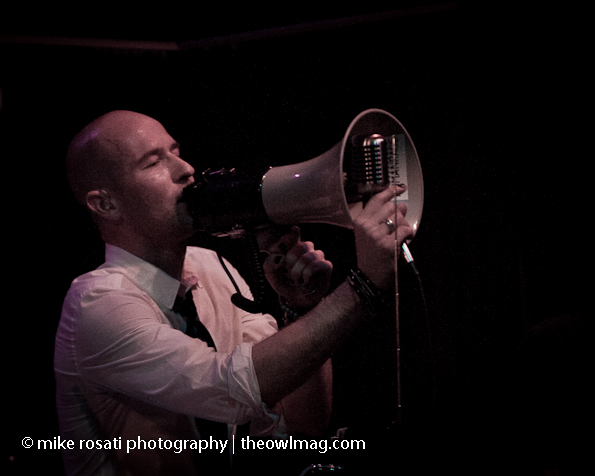 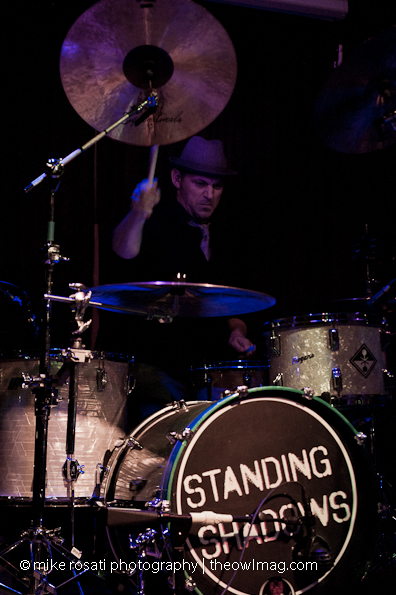 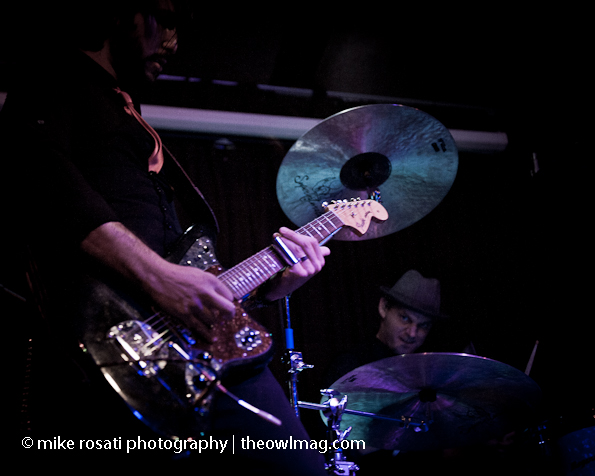 The venue’s high ceiling allowed for good sound that didn’t make the ears bleed and the friendly bartenders and staff kept things moving.
Ultimately, while not the most polished band, and playing to a seemingly listless crowd, it was a good time in a good place.
(write-up courtesy of Steff) 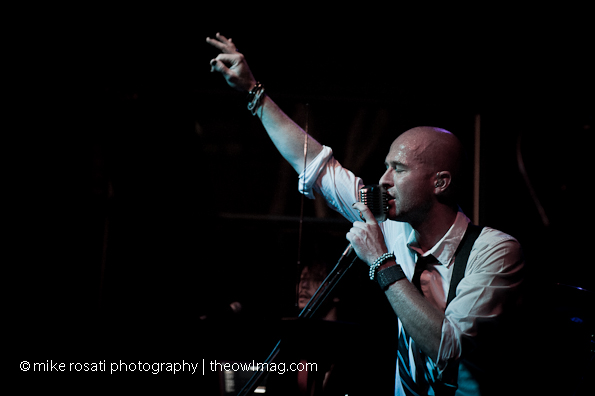 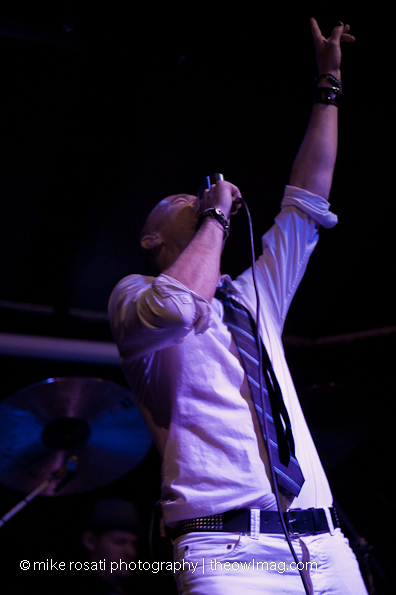 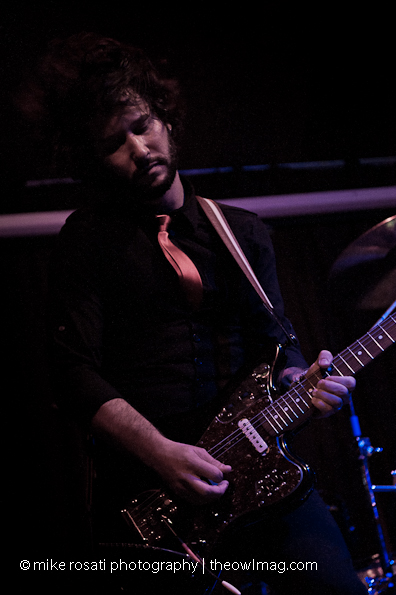