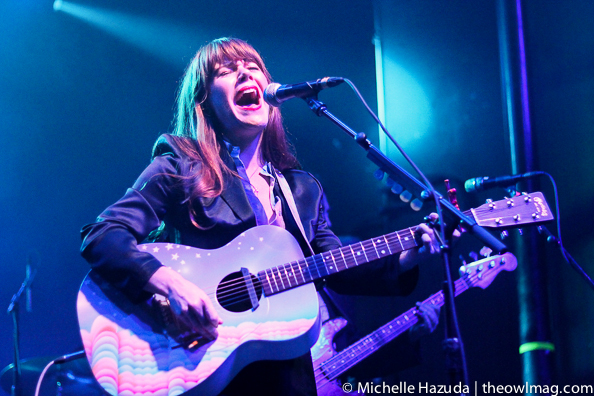 Jenny Lewis began her long-ranging tour for 2014’s The Voyager at The Observatory in Santa Ana, so it was fitting that she ended it there. Although Lewis has been part of iconic bands Rilo Kiley and The Postal Service, for the adoring crowd it’s always been about Jenny herself. The final show was uncomfortably packed with faithful fans, one of whom, upon being handed a mic, was able to recite the lyrics to “Glendora” verbatim. Mostly Lewis sang her own songs though, and the set offered a bit of everything.

Material from her solo catalog was complimented by new tunes like “Girl on Girl” and a few RK gems like “Portions for Foxes”. Several rounds of confetti and a bunch of giant balloons kept the show feeling celebratory. Voyager may have made its final stop, but Jenny Lewis continues her journey and we’re all welcome to join her for the ride. 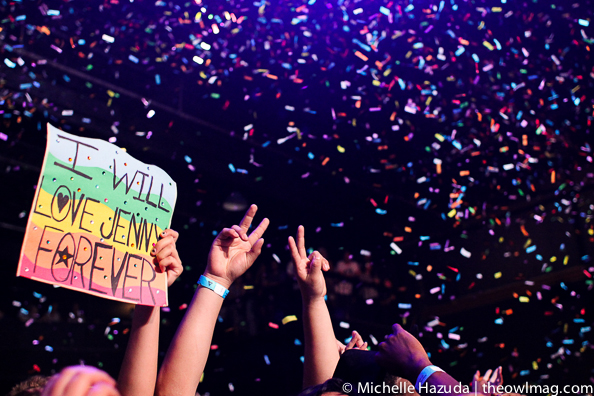 For Michelle’s complete set of photos.