I was taken back to high school daze and Mtv moments when DEVO hit the stage. Positive energy flowed. And the feeling was mutual amongst the late 30’s to early 50’s crowd, many sporting various colors of iconic cone-heads. Several parent-offspring combos were in attendance, passing the music torch it seemed. 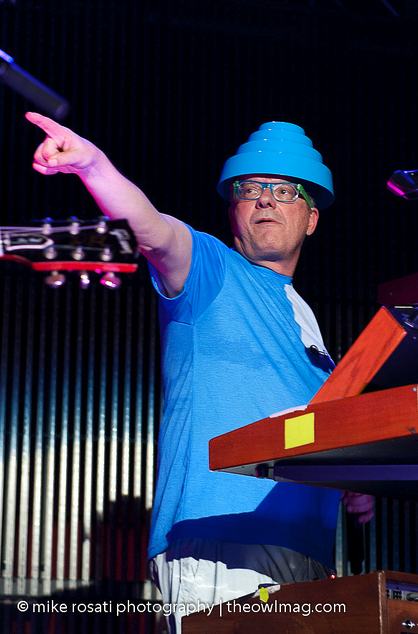 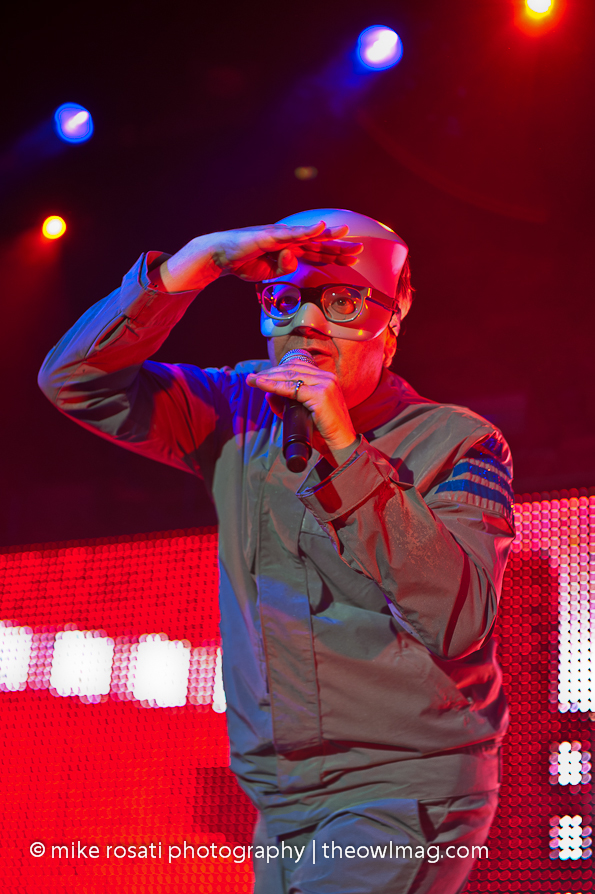 Devo was strong out of the chute, playing classics such as “Don’t Shoot,” “Peek-a-Boo,” “What We Do,” “Going Under,” and “That’s Good.” After changing to blue hats they played “Girl You want,” “Whip It,” and “Planet Earth.” They changed outfits during a video and came out in signature yellow jumpsuits to play “Satisfaction,” and ” Secret Agent.” During “Uncontrollable Urge” lead singer Mark Mothersbaug started tearing sleeves off himself and his bandmates, tossing them into the crowd. 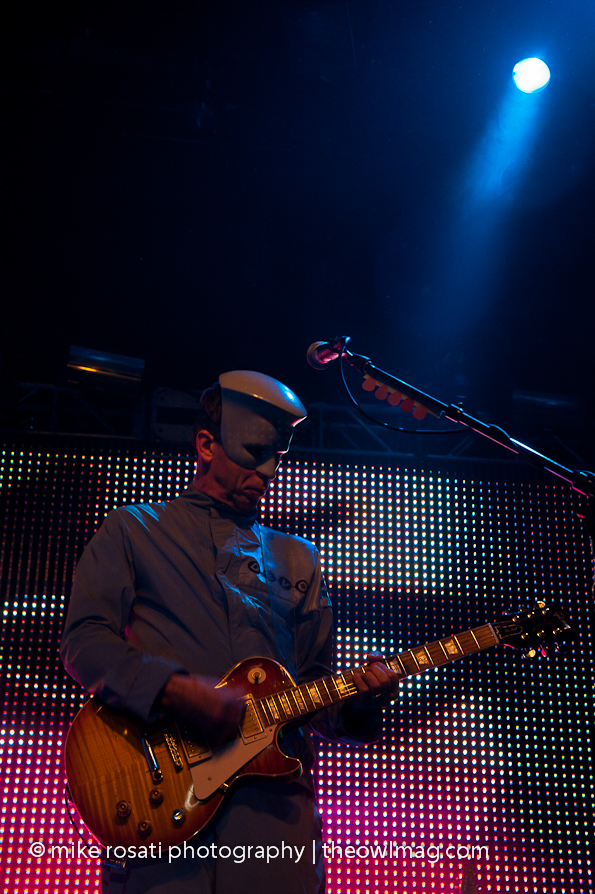 Drummer Jeff Friedl, who usually plays with A Perfect Circle, Puscifer, Carina Round, and Ashes Divide (to name a few) was amazing to watch. His steady beats and incredible play would make one think he’s been with the band for 40 years, rather than just this tour. 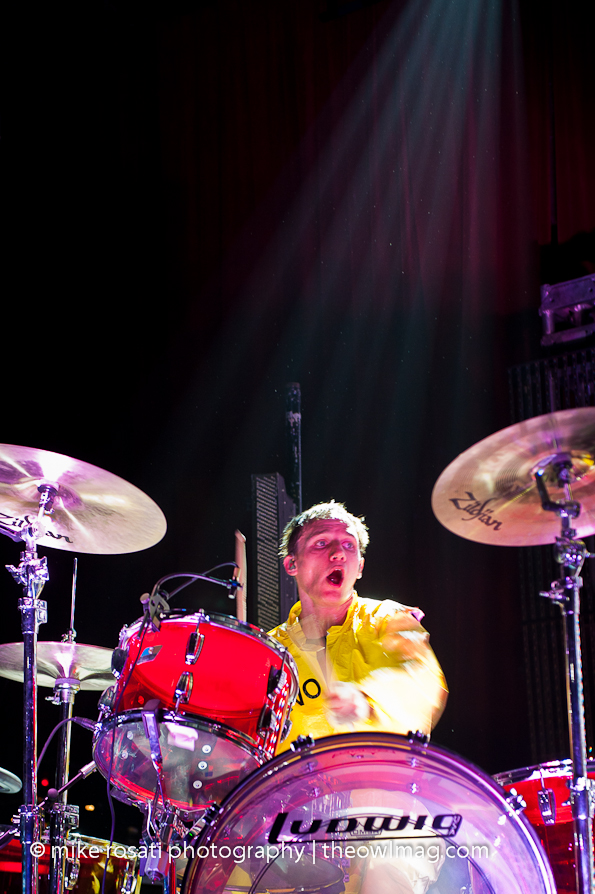 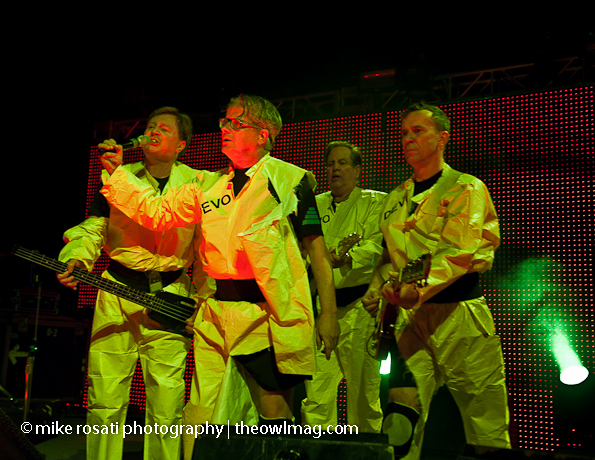 “Mongoloid,” “Jocko Homo,” “Smart Patrol,” and “Gates of Steel” rounded out the show. “Freedom of Choice” began the encore. Booji Boy’s appearance at the end of the show to sing “Beautiful World” was kind of disturbing, but was a big hit with the hardcore fans. 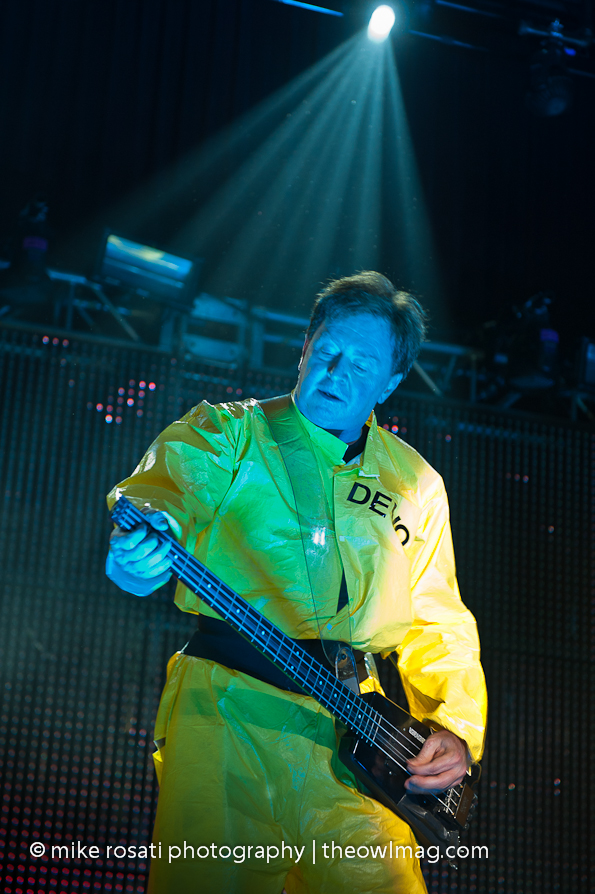 The Punk Group opened for DEVO, featured two guys known only as “Sex Object” and “The Model”. The humorous lyrics in such songs as “Fat Girls on Bicycles,” “Gay Guy,” and “Tight End Wide Receiver” to name a few, had the crowd going and fired up good for DEVO.