Joining Barcelona at this stop of their tour was the LA band, Terraplane Sun. This band has mixed blues, country, and a bit of the LA surfer vibe together into a unique sound that we are certainly glad we caught. Ben Rothbard’s unique voice mixed with his bandmates (Cecil Campanaro on bass, Lyle Riddle on drums, Johnny Zambetti on guitar, and Gabe Feenberg on keys/trombone) make s this band well worth checking out. 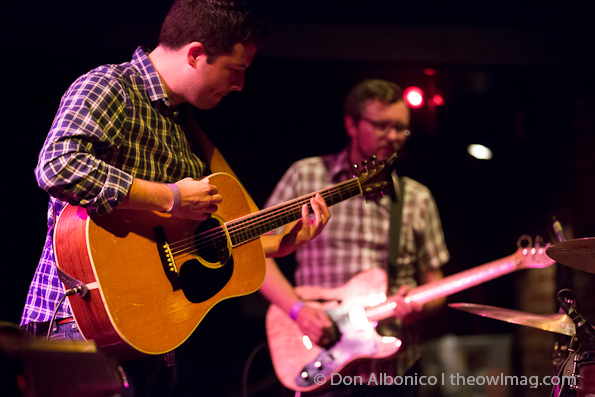 Barcelona, an indie rock band hailing from Seattle, WA, was in town promoting their latest album Not Quite Yours, which was just self-released on May 8th. Brian’s singing led the band through a set of songs mostly from their new album. The one exception was a great cover of the Bonnie Raitt song “Love Has No Pride.” These guys are worth some of your dollars to see.

Check out more of our photos of Barcelona and Terraplane Sun on Flickr!