Ever since first landing on my radar thanks to this year’s Outside Lands, I’ve been intrigued by this local rapper who builds her own beats and samples. 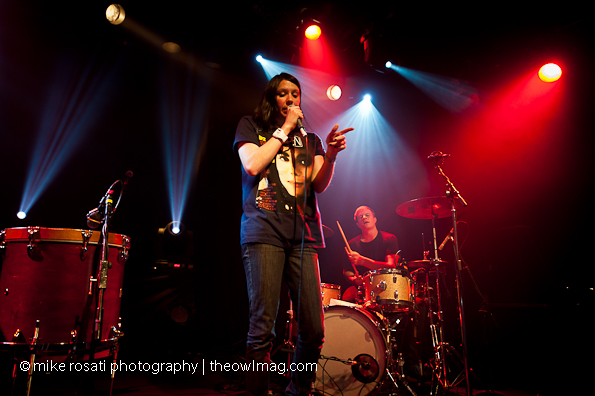 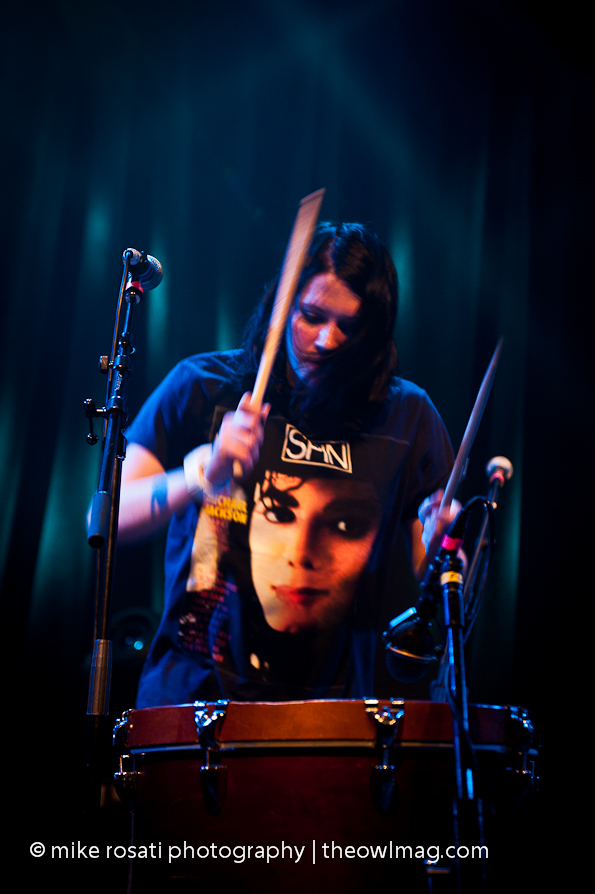 She hit the stage in her new red kicks, opening her set with guest performers, the masked Street Drum Corps. Later she brought out cellist Nathan Blaz (of Geographer) and her last guest was rapper, Ricky Reed of Wallpaper. 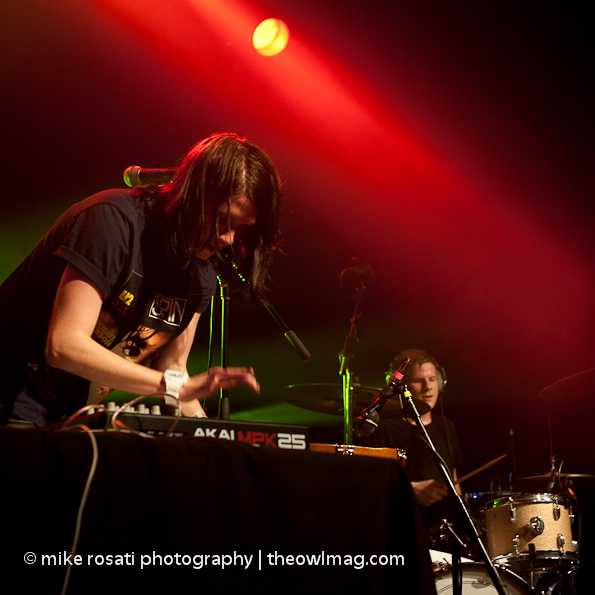 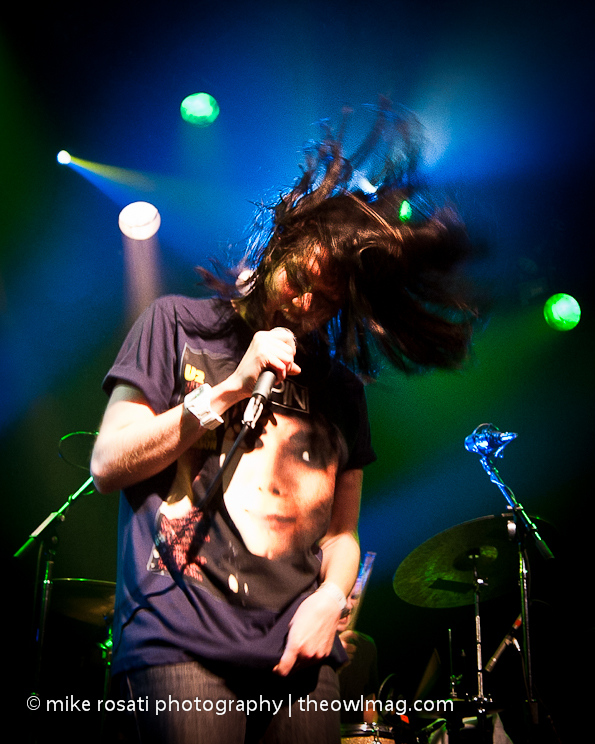 In between she built some crazy beats and bounded across the stage spitting smart lyrics. At OSL she was a solo instrumentalist, but now she has a new drumming partner with whom she collaborated with on a few songs. 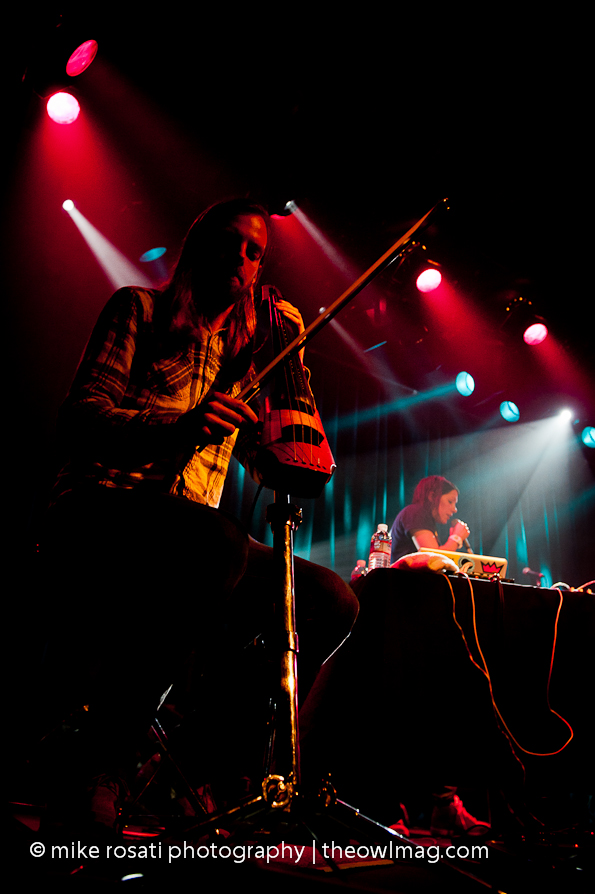 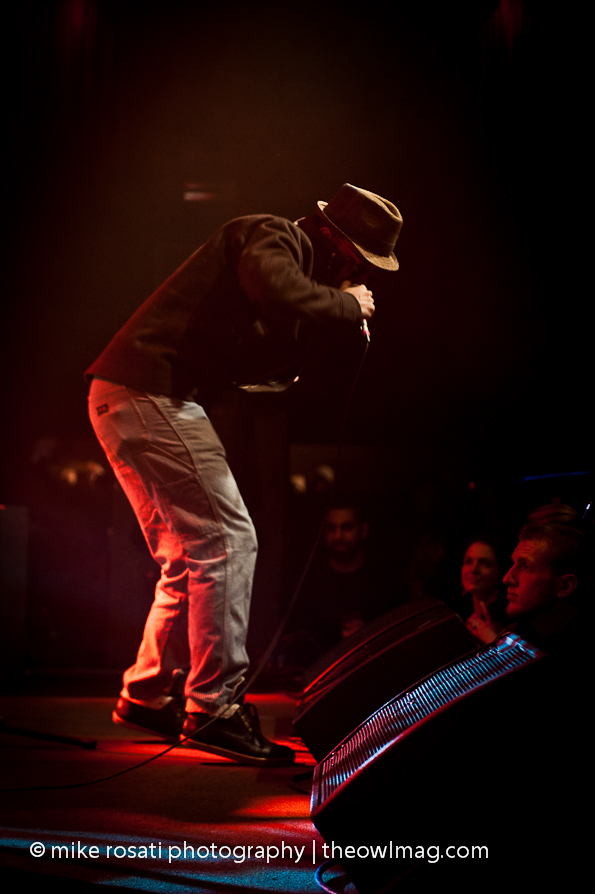 K.Flay now embarks on an east/south coast tour with Grieves and Budo.