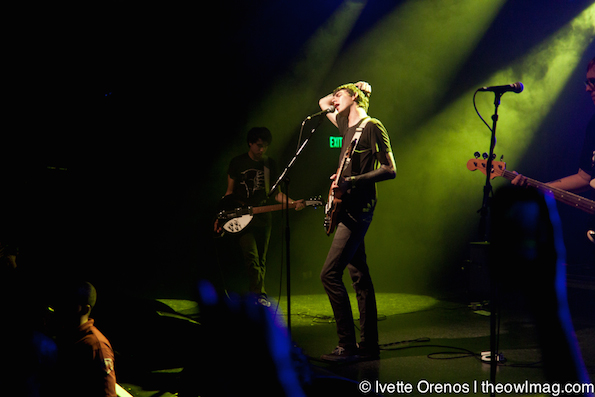 Los Angeles based band Joyce Manor released their third LP, Never Hungover Again, earlier this week. In celebration, they had a record release show at the El Rey Theatre. The buzz was high for this sold out show. 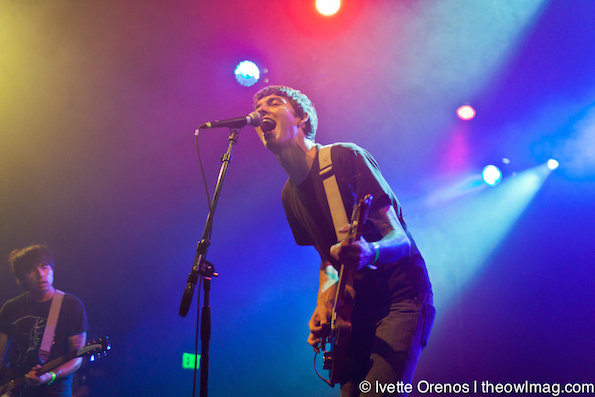 Fans arrived early and the line wrapped around the street an hour before doors opened.The crowd was on the younger side, which meant it would be a wild show with lots of moshing and crowd surfing. As soon as Joyce Manor hit the stage, it was non stop with both! 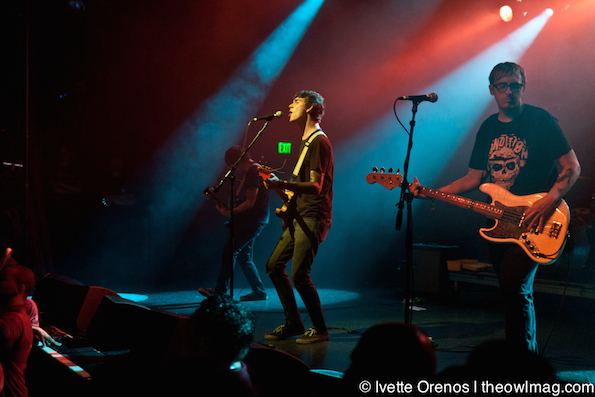 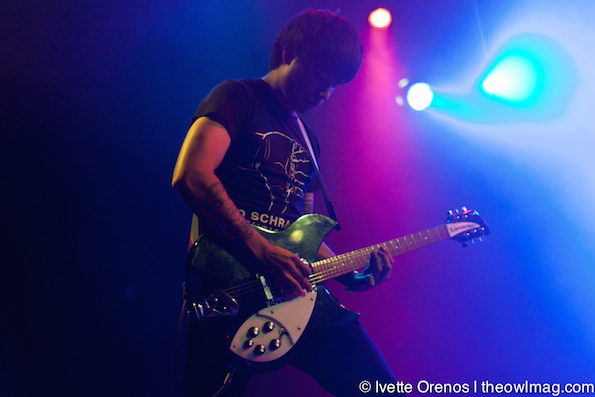 The band opened up with new song, “Heart Tattoo”, amid a great mix of new material and old favorites. The crowd went especially crazy for classic “Constant Headache” which had us all singing at the top of our lungs. At one point frontman Barry Johnson handed his mic stand to the crowd so they could sing along with the band. There was never a dull moment. 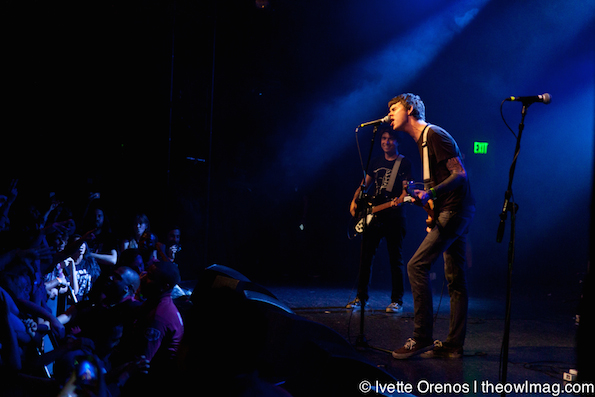 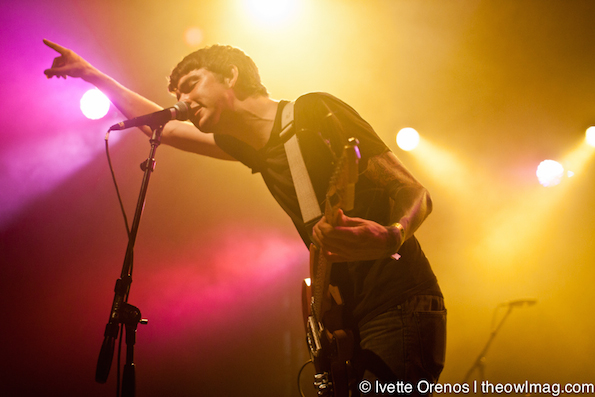 Starting in September Joyce Manor will hit the road for a U.S. and European tour.

View a full photo gallery of Joyce Manor fueling the El Rey to get rowdy HERE!