PAPA opened the night with Darren Weiss on drums and singing lead vocals, Danny Dresant on bass, Even Weiss on guitar, and Alex Fischel on keys to fill out the band. 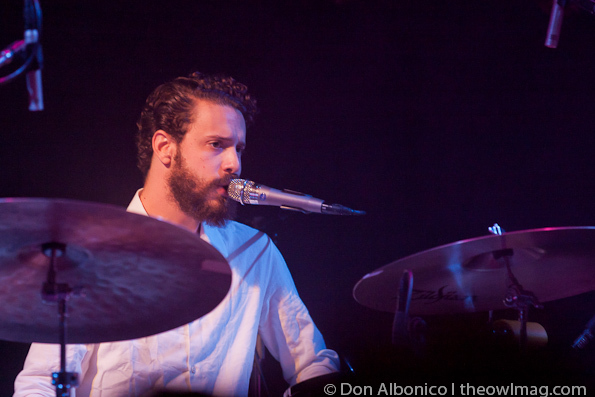 With song’s like ” I Am The Lion King” from their new 12″ EP A Good Woman is Hard to Find, the audience was up against the stage taking it all in. 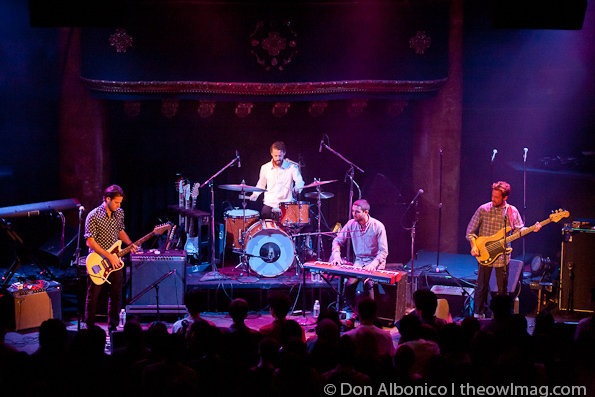 Sonny and The Sunsets, a local San Francisco band took the stage second. Sonny Smith, Ryan Browne, Tahlia Harbour, and Kelley Stoltz make up the band. With Sonny joking around on stage, the band kept the audience in a great mood. 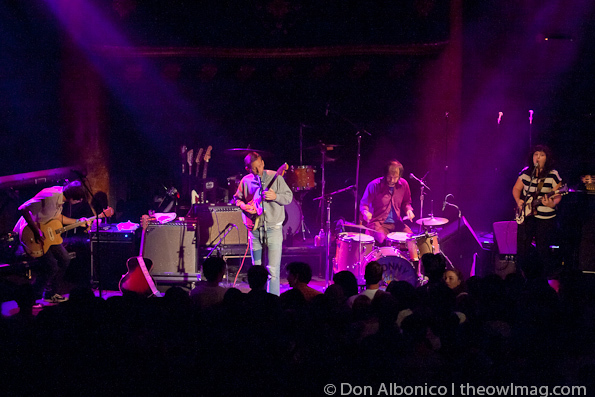 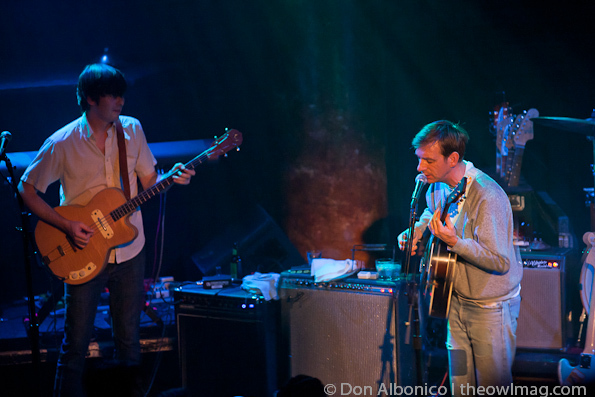 Christopher Owens and Chet White led Girls through a tremendous set of music on a stage adorned with flowers. 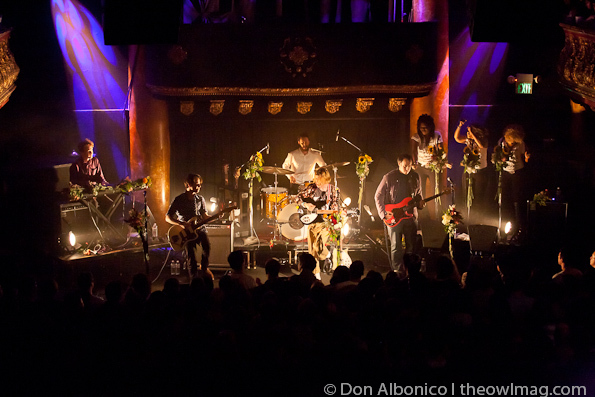 The stage was an interesting contrast with Christopher’s head down, hair covering his face singing style. 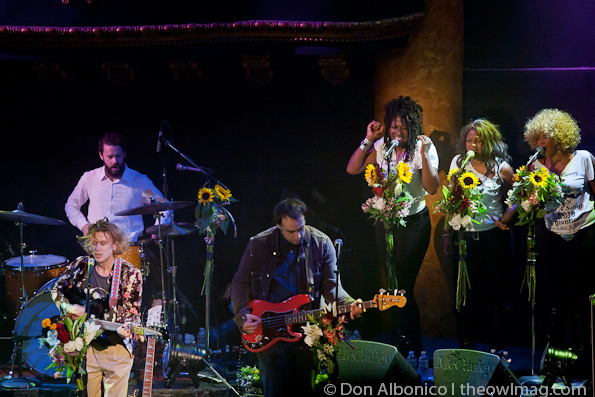 Three back up singers filled out their pop/surf/punk sound with some great vocals. The last song of the set one of the singers came up front and just wailed a vocal that was a spectacular closer for the set. 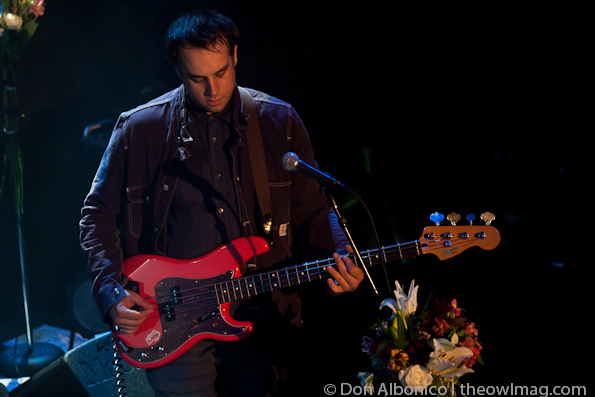 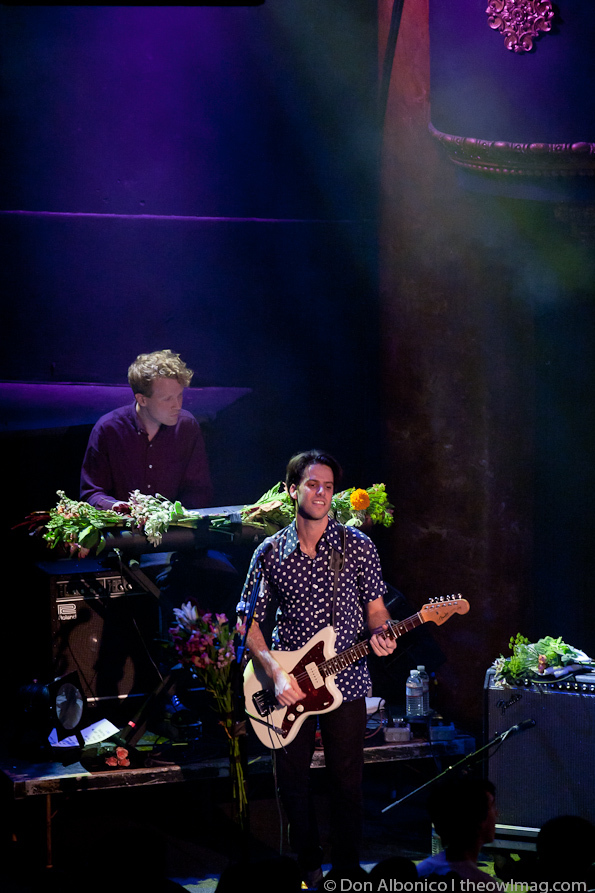