FROM THE TECH NEST: Will You Buy In To The New Rdio?

“It was clear that business-model wise, there was a huge push to offer more free music to people.”
– Malthe Sigurdsson, from Rdio

The above quote is taken directly from an interview with Malthe Sigurdsson, Director of Product at Rdio did with the LA Times earlier this week on reasons why the product music streaming company recently got a face lift.

The new look is pretty slick, integrating new ways for users to connect with their Facebook friends, allows Last.Fm scrobbling, and includes chart topping albums and pre-formatted “stations” just in case you have no idea what you actually wanted to listen to once you land on the site. 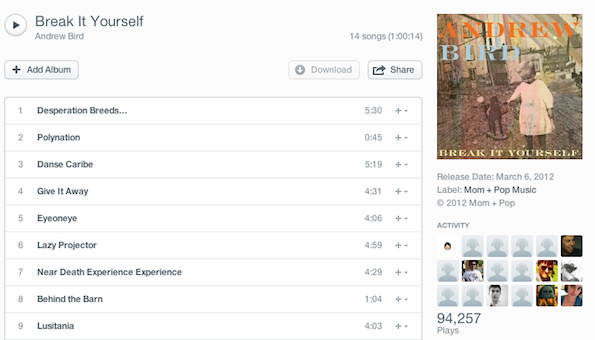 It also keeps true to its old functionality, letting users add songs to a playlist, but instead of just pressing a few buttons to do so, they now let you drag and drop the song into a certain playlist. Adding albums to playlists is now easier than ever since Rdio now allows you to drag and drop, much like how iTunes works.

Rdio 2.0 has also made it extremely easy to follow and friend other folks that have similar listening tastes, view their playlists, and read up on any reviews they’ve posted.

For the passive music listener of course, none of this will matter. The feature that makes all the difference for them is the “Play Station” feature. And if you’re hoping that it works like Pandora or Spotify, you are in luck. A user is able to add stations from an artist profile so that you can discover new music. Or, you can listen to the “Heavy Rotation” station or a friends station generated by their specific catalog. So yes, there are some personal elements to the new Rdio, but for the most part, it’s just the same great service that they’ve always offered, just with more bells and whistles. 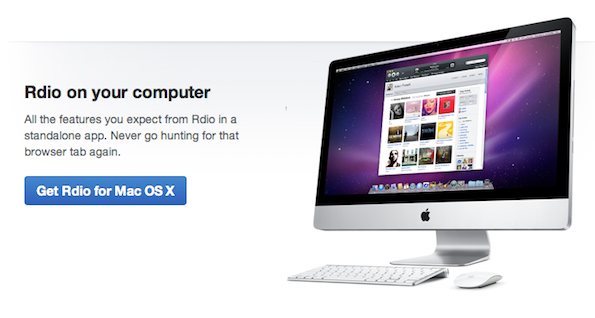 The unlimited plan is $10 a month and allows you to listen to all the music you want on your computer or your mobile device. There’s also mobile apps across all platforms, including desktop apps so you don’t ever have to visit the website if you don’t want to. A limited version of the service is $5 a month and they even have a 7 day free trial to lure you in.

But, will that actually change the way that we listen to music? Sigurdsson from Rdio makes a strong case in his LA Times interview that similar services Spotify, Mog, and Pandora are all in a race to be the Netflix of music. And for some, Rdio might be a little too late to the party.

We do suggest that you check out the free trial for 7 days and see if you can get into it. If you’re already a Rdio subscriber, we’d love to know why!

UPDATED: The new Rdio is now available to all subscribers. Free Rdio users (in the US) and those in the Rdio Unlimited trial will gain access in the coming weeks. At any time, non-subscribers can sign up for any of Rdio’s flexible plans to experience the new Rdio before it’s available to the general public. Plan options include:
Rdio Unlimited = $9.99/month: Unlimited Web and mobile streaming on all available devices, as well as wireless syncing to listen offline.
Rdio Unlimited Family = 2 – 3 person Rdio Unlimited accounts on one plan for a discounted rate ($17.99 and $22.99 per month, respectively). The only plan of its kind on the market.
Rdio Web= $4.99/month: Unlimited Web streaming and access through Mac/Windows desktop apps.