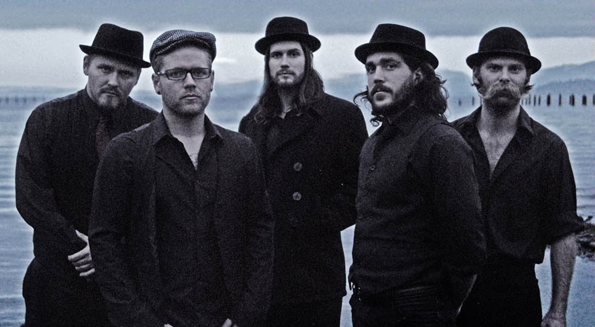 From two brothers born to a world traveling preacher man comes a band, the likes of which you’ve never seen before. Equal parts rock show and Earthly revival for the sinner in us all, San Diego’s own The Silent Comedy is coming to West Hollywood to lay claim to The Roxy Theater stage on Saturday May 7th. It’s been an eventful year for this impressively dressed 5-piece band that resembles a gang of the Prohibition era gone by. With whiskey and song they’ve racked up massive fans on the road with Ryan Bingham & the Dead Horses and left audiences in absolute awe in Austin, TX at South by Southwest with their unique and dynamic brand of bluegrass and gospel-laced songs of the human condition. Their live performances range from rowdy to jubilant to soul stirring, their following in San Diego is faithful, if not downright cult-like with sold out shows, and the madness has expanded up and down the West coast, more so with every performance. On Saturday May 7th they’re going to raise The Roxy’s roof. Saints and sinners alike, welcome to the church of The Silent Comedy. Bring your dancing shoes.