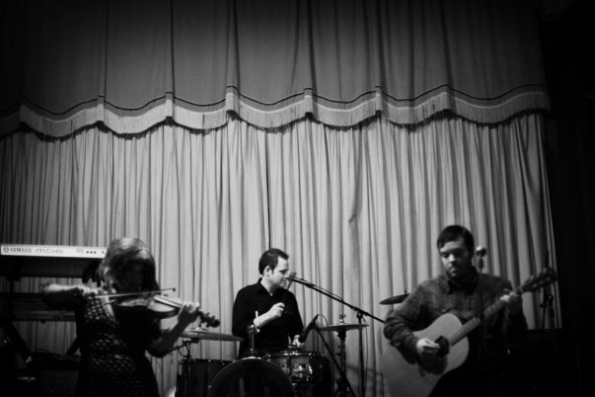 With the subtle melodies and guidance of Andrew Galluccio at the helm, Northern Key‘s sophomore album is set to be released Nov. 3rd at a record release party at San Francisco’s own Brick and Mortar. With Tricycle Records and Different Fur Studios joining forces like the wonder twins, this 18+ show should prove to be quite the experience. Those unfamiliar with Northern Key‘s sound could easily find a correlation between early Shins or Elliot Smith‘s work. Hailing from San Francisco themselves, Northern Key have previously played Noise Pop at Bimbo‘s, Rickshaw Stop with the Grand Archives and opened for Edward Sharpe and the Magnetic Zeros.

Opening for Northern Key will be Ash Reiter, who has been featured on Daytrotter, opened for MGMT and is a Northern California indie staple. The show will also be featuring Bells, who are fairly new to the scene and DJ Juliet. Record release parties are notorious ragers, so put on your dancing clogs, get out your finest Autumn attire, buy your $5 presale tickets (HERE), and get to the corner of Duboce and Mission (doors at 8pm/show at 9pm) on Nov. 3rd to catch a great show.