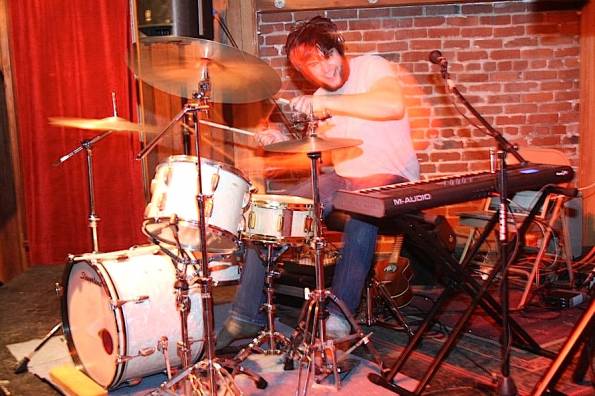 Sell the Heart Records announces a week of tour dates for Goodriddler and Little Lost Boys. Both bands will be going as far as Bellingham, Washington before turning southward toward home, stopping in Salem, Portand, Olympia, and Seattle along the way.

The tour starts in Portland on May 26th and ends with a June 1st show in Sacramento. While on the road, the groups will share the stage with The New Trust, Themes, You Are Plural, and Rooftops.

An independent, not-for-profit record label, Sell the Heart Records is made up of Santa Rosa, California-based musicians with the declared mission to help local musical artists record and release their music. The label is run by Andy Pohl, Thomas Limper, Liam Jenkins, Chris Enberg, Derek King, Jesse Brown, and Carina Sterzenbach. Limper and Pohl do booking and promotions for several of the bands on the label’s roster. Sell the Heart currently represents Goodriddler, Snipers!, Build Us Airplanes, Over the Falls, Early and Often, Teenage Sweater and Mære. Later this month, Sell the Heart will announce the addition of Little Lost Boys to its represented talent.

Goodriddler is the solo project of composer/performer Nicholas Wolch. During his live performances, Wolch sits at a drum kit while his digital compositions play from a laptop that sits close at hand, usually on a folding chair or stool. While his music plays, Wolch accompanies on the drums, ukulele, keys, and he sings. It’s a beautifully simple arrangement, but Wolch always brings so much energy to his performance that every audience is completely blown away. His songs are layered with intricate melodies, haunting lyrics, and captivating instrumentation that paint intense and stormy soundscapes. The latest EP from Goodriddler, The Strength of Weak Ties, is available on vinyl and as a digital download.

Little Lost Boys is the musical collaboration of Laina Torres and Celeste Turconi. Both musicians sing, alternating vocal lead from song to song. Torres plays the guitar and scrapes the washboard. Turconi plays banjo and guitar. The music is an experimental blues folk with tender melancholy vocal harmonies, guitar rhythms and melodic banjo picking. This will be Little Lost Boys’ first tour. They intend to record and release an EP in June. According to Turconi, she and Torres love traveling and are “mostly excited to play outside of town (Sonoma County) and meet musicians along the way.” 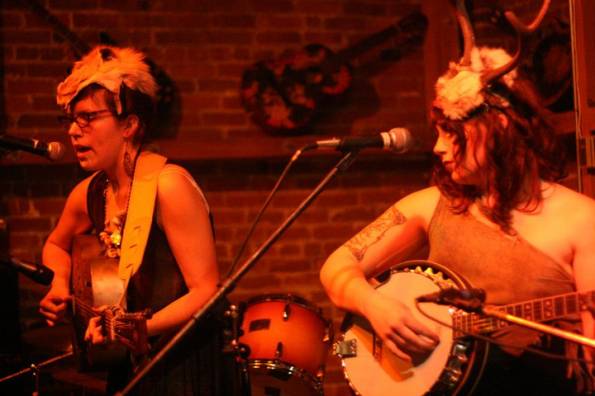 Sell the Heart Records will play an active role in the printing and release of an Atlas Studios compilation album to be released mid summer. Atlas Studios, owned by Jesse Wickman, is a recording studio and practice space near Julliard Park in Santa Rosa. The compilation album will be sold to raise money for the fifth year of the Atlas School of Rock, a day camp for young musicians held during the summer at Atlas Studios and run by volunteers. According to Pohl, the album will showcase 14 local bands reflecting a “smorgasbord of [musical] genres.”