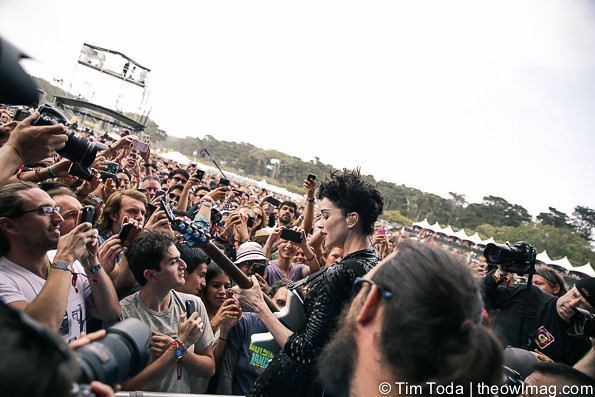 Here’s what we loved most:

Speedy Ortiz
The live powerhouse that is Speedy Ortiz picked up the party personality left behind by The Sam Chase on the Panhandle stage and compelled the early Outside Lands revelers to stop, listen, and even dance. As one of very few female-led bands at Outside Lands, Speedy Ortiz grabbed onto every minute attributed to their live performance and set the expectations high for the remainder of Friday’s acts. With killer renditions of “The Graduates” and “Silver Spring,” Speedy Ortiz is the perfect festival band. Sadie Dupuis’s captivating lyrics are never lost in the band’s punch-you-in-the-chest indie rock reveling, and no one holds and thrashes a guitar quite like Sadie. 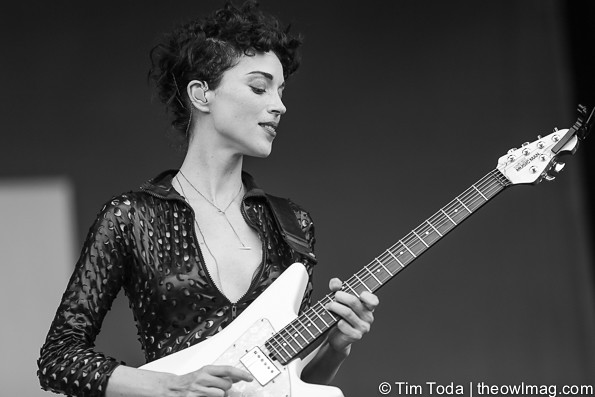 St. Vincent
As St. Vincent started her set, Karl the Fog rolled in which seemed fitting for her display of delightfully dark art rock. Anne Clark was one of eight female-solo acts throughout the entire weekend, and her performance eclipsed every act that took the Lands End stage after her. To pick one, two or even three top songs from her set is impossible. Every note she plays and lyric she sings resonates with the crowd and her fans. She should have been headlining. Even Karl the Fog seemed upset that St. Vincent was not headlining Friday. 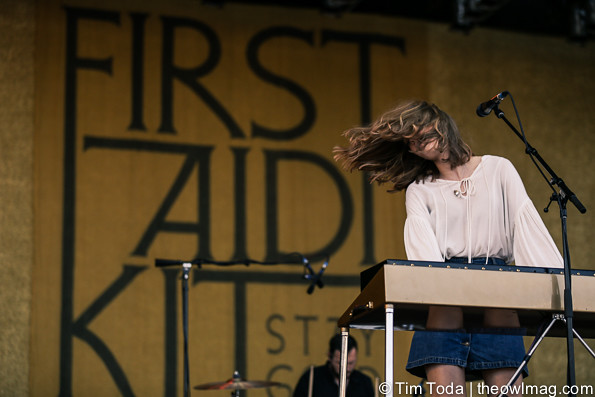 Honorable Mention – First Aid Kit
The only all-female band at Outside Lands 2015 put on a show for the lovers of live music who ventured out to Golden Gate Park. First Aid Kit’s delivery on “My Silver Lining” couldn’t have been more fitting. From the opening lyrics, “I don’t want to wait anymore; I’m tired of looking for answers. Take me some place where there’s music and there’s laughter” to the lyrics that made the perfect statement about the current lack of female musicians and bands being booked for Outside Lands, “Be it for reason, be it for love. I won’t take the easy road. Show me the silver lining, I try to keep on keeping on,” First Aid Kit kept it lighthearted and made fans remember why we love them so much. 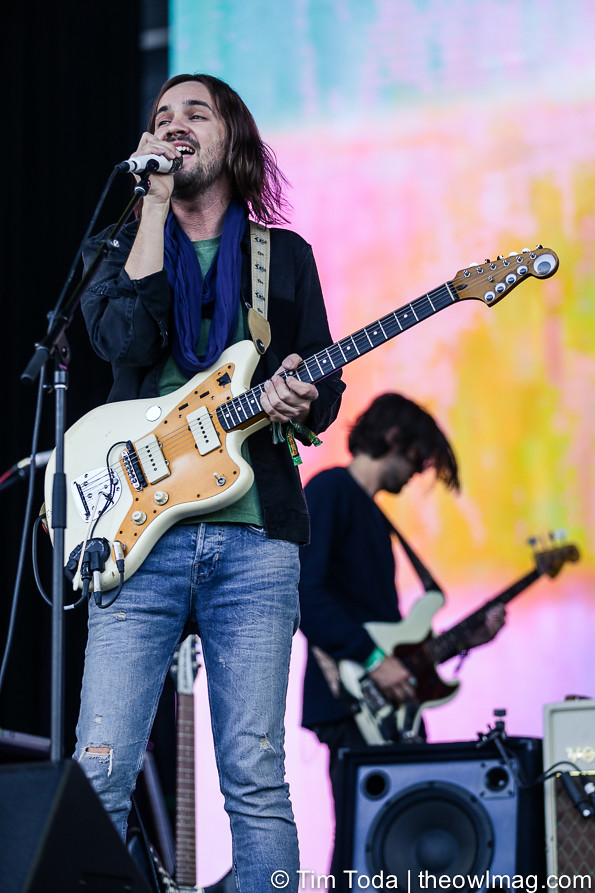 Kevin Parker and the boys from Australia put out a brilliant piece of POP music this year with Currents, but their live set on Saturday was reminiscent of their psyche guitar-based sound of their first two records. Even the tracks on Currents were beefed up with more prominent guitars. Parker’s voice was strong and clear throughout. “Elephant” was one of the best tracks of the weekend, and the Lands End crowd was going crazy. 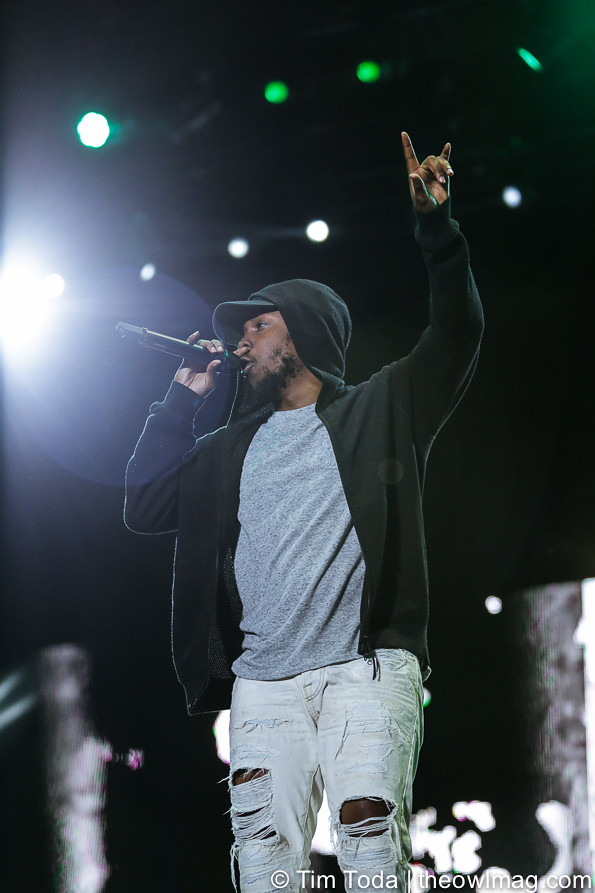 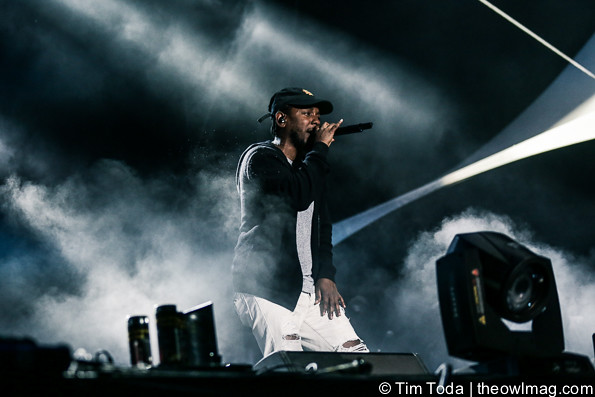 Kendrick Lamar
The standout track from Kendrick’s classic record Bitch Don’t Kill My Vibe got an amazing sing-along at the Twin Peaks stage from Saturday’s co-headliner, but it was the fire breathing urgency of “m.a.a.d City” that brought us goose bumps. It was spooky and urgent. Of any of the performers all weekend, K. Dot got the most unconditional love. Even when his set sputtered a bit towards the tail end, fans chanted his name and encouraged him on. He has a rare mix of aggression, idealism, and vulnerability that hasn’t resonated with folks (especially on the West Coast) since the late, great Tupac. His followers are maniacal and knew every complicated rhyme scheme by heart. 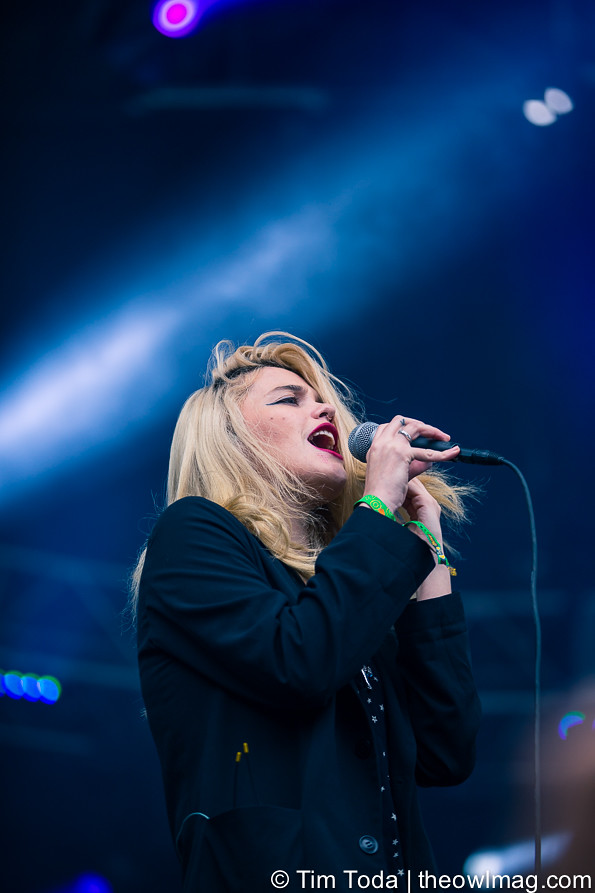 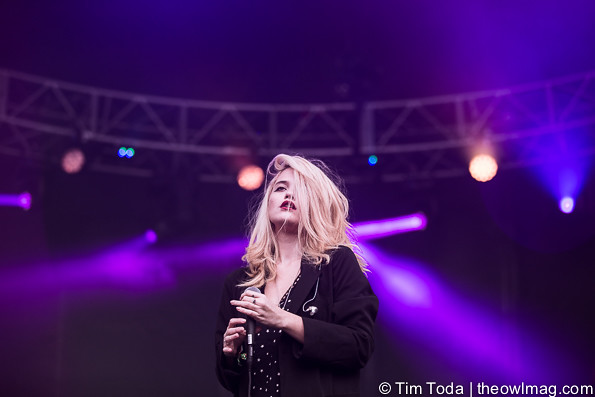 Sky Ferreira
Sky Ferreira is FOR REAL. She’s poised to take over the world, and put on arguably the best set of the weekend. Showcasing tracks from last years’ very good Night Time, My Time, she commanded the stage, fully in control of her her sex appeal and filled the entire valley near the Sutro Stage with her powerful vocals. She has the ability to tightrope sunny pop (“I Blame Myself”) and a harder, darker vibe of “You’re not the One” with ease. “Heavy Metal Heart” was so damn good, and the fans that chose her over Hot Chip, who was performing at the same time slot on the Lands End stage, were thoroughly rewarded.

Caribou
Dan Snaith of Caribou put on the best “sounding” set of the weekend. It was surprising how well his music translated (which is technically electronic music, but best heard on a pair of great headphones) to an outdoor setting as expansive as Outside Lands. The flutes and tight drums of “Mars” sounded as good live as they do on the record. “All I Ever Need” had the Twin Peaks crowd moving. Snaith served as the best example of bridging the past (live instrumentation), the present, and future (electronic music and sampling). The people got what they wanted (Dancing! Neverending dancing!!), but the dueling drummers and the capable band backing Snaith gave us high end musicianship as well.