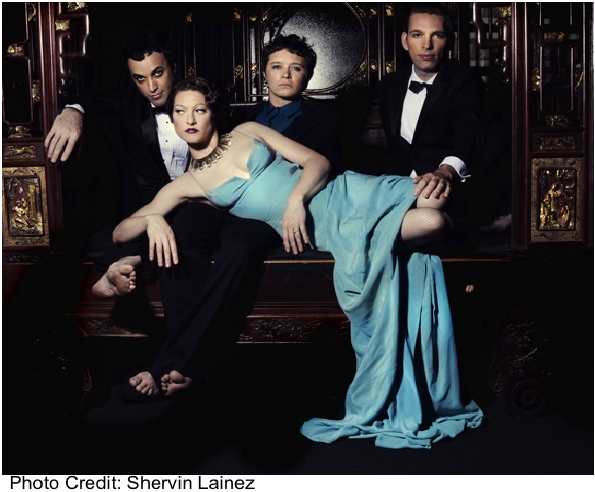 Amanda Palmer & The Grand Theft Orchestra just released an amazingly artful video for the song “Want It Back” from her new album, Theatre is Evil, to be released on September 11th on 8ft. Records. Along with the visually-stunning video and in support of the new album, Amanda Palmer & The Grand Theft Orchestra announced the dates for their first-ever tour across the US and Europe with a couple dates in Canada as well. Check out the complete list of tour dates below. Tickets are available to the general public on Friday, July 13th and can be purchased on her official website.

After watching this video and listening to Palmer’s music, it seems impossible to not yearn for a ticket to her upcoming shows. Here is what Palmer and Jim Batt, the Australian director who created the video with Amanda, had to say about the stop-motion animated video for “Want It Back”:
“I’ve never made a video with such a small, concentrated art-crew, and it was magic,” Palmer notes. “For three days straight it was just me, Jim, the tattoo-graffiti artist Curran James, and a painstaking process as we created the video, shot by shot by shot.” Jim Batt explains, “Hand crafting a film frame-by-frame is always an intense experience, even more so when you’re using someone’s body as a canvas, but there’s something magical about stop motion that you can’t capture any other way. I’m still impressed that we managed to get Amanda to sit still for that long, she was a champion!”

Amanda Palmer & The Grand Theft Orchestra – “Want It Back”: