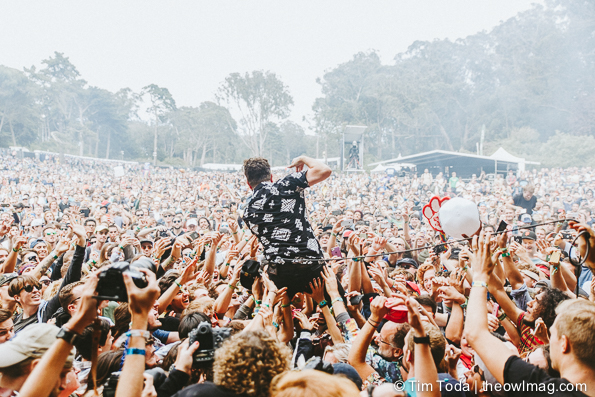 The daily schedule for Outside Lands 2017 is out – let the planning begin! The festival experience can be quite overwhelming for newbies and experienced goers alike, with so much to see, hear, and taste, how do you maximize your experience without tiring yourself out on day one? Three days is a long time and the festival grounds at Golden Gate Park are huge so get ready to log a lot of steps on your FitBit or Apple Watch. There are varying philosophies when it comes to planning who to see over the jammed packed three-day festival. How do you narrow down your choices? For us, curating our lineup is often aided by asking ourselves the following questions: 1) Will I have the opportunity to see [Insert Band Name] again in the near future if I forego seeing them at Outside Lands? 2) Would I see [Insert Band Name] but for them being in the Outside Lands lineup? 3) Will [Insert Band Name] be playing new material from a soon-to-be or recently released album? 4) Do I really love this band? Yes, so I’m going to see them again for the *nth time because I really really love them.

Simple right? Go with your gut and you can’t go wrong. If you’re on the fence, we’re here to help, so check out some of our recommendations for Outside Lands 2017.

If you’re unfamiliar with either Porches or Noname, we highly recommend checking them out. Porches released a beautiful album in 2016 titled Pool. Opening up the festival perched up on the hill overlooking the Sutro Stage on a Friday afternoon sounds like a great start to the weekend. We caught Chicago-based Noname in Los Angeles earlier this year and were blown away by her down to earth vibe, real talk rhymes, and amazing stage presence.

With the passing of Phife Dawg, this may be a last chance opportunity to see A Tribe Called Quest…ever. Expect songs from the group’s recent release We Got It From Here…Thank You For Your Service and classic hits from Tribe’s amazing catalog that spans decades. If anything, go pay your respects to greatness on the Lands End Main Stage.

Best Opportunity for a Wine Down: Real Estate or S U R V I V E

Either Real Estate or S U R V I V E would be your best opportunity to grab some wine from Wine Lands and have a mellow set listening to the beachy surf vibes of Real Estate, including songs from their 2017 release In Mind, or the ambient horror of S U R V I V E on the Panhandle Stage (you guys know they’re responsible for the soundtrack to Stranger Things, right?) We are all about the midday wine down.

In the Mood for a Mosh: Action Bronson

Overall, Outside Lands is a really mellow festival. The lineups don’t tend to cater to the rowdy moshing urges that some folks may have. But, should you feel the need to step up your energy a little bit towards the end of the weekend, check out Action Bronson on the Sutro Stage. Be prepared to get hungry from both bouncing around and his delicious rhymes about food.

This Irish singer-songwriter knows how to set the mood. His catalog has evolved from acoustic-based songs to smooth electronic supported crooners in a dreamy falsetto. James Vincent McMorrow has been on fire releasing We Move and True Care in 2016 and 2017 respectively and touring non-stop since.

Once in a Lifetime Chance: The Who

Seeing The Who on Sunday falls into our category 2 described above. But for Outside Lands, would you ever spend the money on a ticket to see The Who? For us, the answer is probably not, which means Outside Lands presents us with the perfect opportunity for us to see these legends while we can. We’re all about seizing those opportune moments.

The Most Gorgeous Visuals: Solange

If you’re able to spend some time at The Who set and cut out a little early to catch Solange, you won’t regret that decision. Solange has invested a considerable amount of time into the choreography and visual production of her live performances, it’s an incredible site to see. Her monochromatic stage will have you seeing red and the musicality behind her performance is nothing short of beautiful. 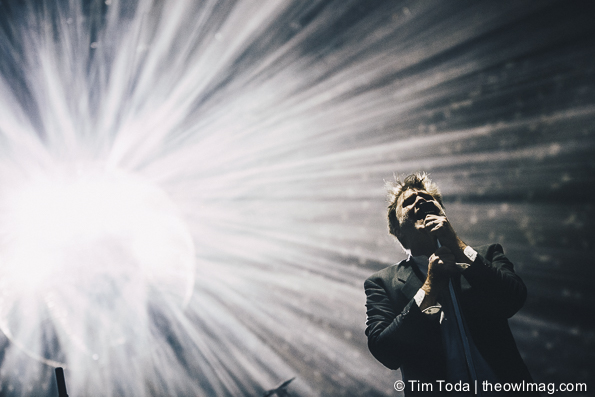 Now that you’ve got your lineup sorted for the weekend, let us help you mentally (and physically) prepare for your Outside Lands experience with a few handy tips from the pros in our Nest:

1. Getting there and back: Getting to the park is definitely easier than getting back after a long day of music. Expect surge pricing from ride share apps like Uber and Lyft. We recommend using good ol’ public transportation via the 5 Fulton or N Judah to get you to the park, but be warned, towards the end of the night the buses can be packed to the brim with no room for passenger pickup. We’ve had success hoofing it towards Ocean Beach to catch the bus earlier before it stops at Golden Gate Park. Think about the paid shuttle service from Bill Graham Civic Auditorium to Golden Gate Park. It’s $48 for all 3 days but could be priceless when it comes to your late night sanity and sore feet and back.

3. UV protection: Karl the Fog can be tricky but don’t let him fool you. The sun can still get you even when Karl is hanging around. We recommend you lather up with sunscreen and bring extra for reapplication. Sunglasses and hats are also a plus.

4. Bring things to make you feel cozy: A lot of the festival takes places on grass. Bring a blanket, towel, or something similar to sit on if you don’t want a damp butt the whole day. We can’t emphasize enough how cold it can get in the park after the sun goes down, so bring layers, gloves, scarves, beanies, handwarmers, socks (if you’re planning to wear sandals during the day), a change of shoes, pants…you get the idea.

5. Empty water bottles: We hate paying for bottled water inside the festival. Bring your own empty Nalgene, Klean Kanteen, or other water bottle and fill it at one of the many hydration stations throughout the grounds.

6. Bring cash money: Though Wine Lands is a cashless zone (you pay via your festival wristband), bring cash money with you to the festival. Chances are you are probably going to need it at some point during the weekend.

Be kind to each other on festival weekend. But most of all, soak up every second and enjoy yourselves! Happy 10 years Outside Lands!