Electro/R&B opening act Pattern is Movement let us know up front that Yellow Ostrich could teach a master class in giving hugs. Though they meant literal embraces at merch tables, this sentiment also accurately forecast the Brooklyn-based band’s affectionate performance at San Francisco’s Bottom of the Hill. 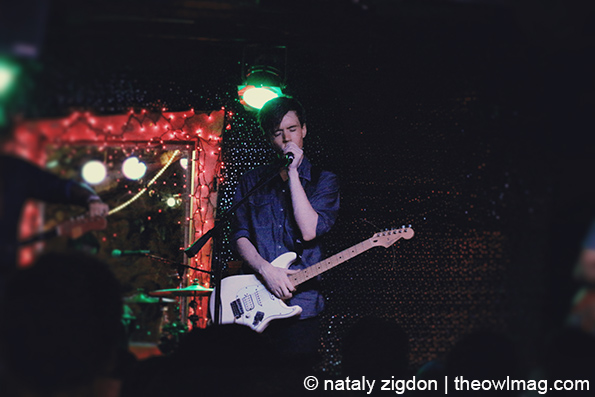 Between the illuminated “Pee-Wee’s Playhouse” window behind the stage and the Easter decorations above the fireplace, the venue’s decor was comfortably zany. Alex Schaaf‘s former bedroom solo project originally emanated a similar vibe, but has gently progressed into a less eccentric but still charming sound. Since more than half of the night was devoted to newly released Cosmos, mellow was the prevailing mood. Quick glances through the audience revealed many eyes closed and heads bowed in pensive revelry.

Whether pulling us in close with his dreamy, brooding tenor, or bouncing jovially with his delicate strumming, Schaaf was nothing short of mesmerizing. Even though the frontman’s stage presence has grown much more commanding, he still capped nearly every song with the same endearingly polite “thank you” that we heard over and over at Outside Lands 2012. Zach Rose and Jared van Fleet‘s guitar harmonies buoyed the lilting “Neon Fists” and the agitated “Any Wonder.” Michael Tapper‘s percussion guided a seamless transition from “In the Dark” to “Whale.” The blues-metal eruption at the end of “You Are the Stars” made the young Ostriches’ synchronization look easy. Of all the admirable bids to be the group’s newest anthem, we think “How Do You Do It” has the most potential due to its rousing, instantly repeatable refrain. 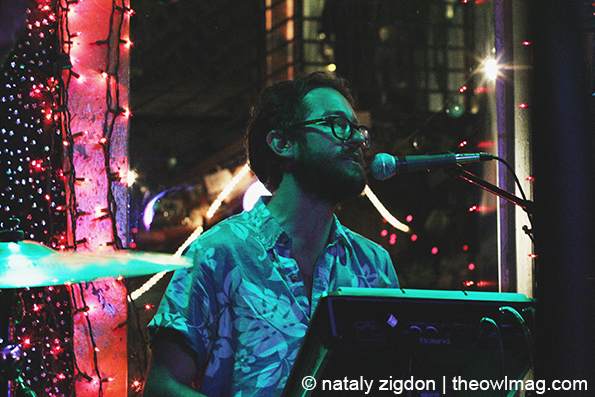 The foursome’s palpable pride in Cosmos notwithstanding, it is always difficult to perform less than a month-old material live. Even the most die-hard fans yearn for a balance between the familiar and unfamiliar. Someone cried “I think you are great” as both “FREEBIRD!”-esque request and earnest proclamation. Cheers of recognition rose near the witching hour, when Schaaf dusted off the old loop pedal for “Whale”s telltale “oh-oh”s. This was the first bonafide “sing it if you know it” moment, and we would be lying if we said that we didn’t wish there were more of them. But when they did transpire, one after the other, it became apparent that Yellow Ostrich had simply applied their slow-build composition formula to their entire set. 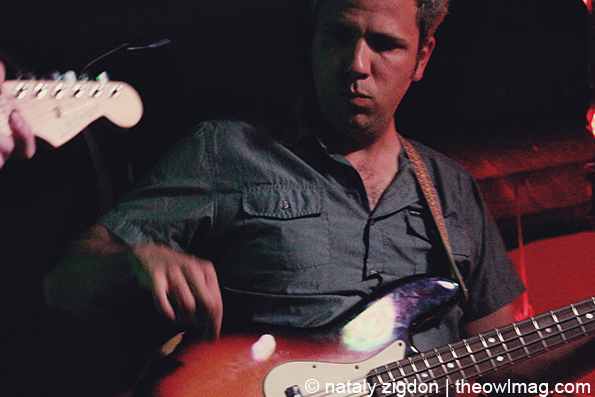 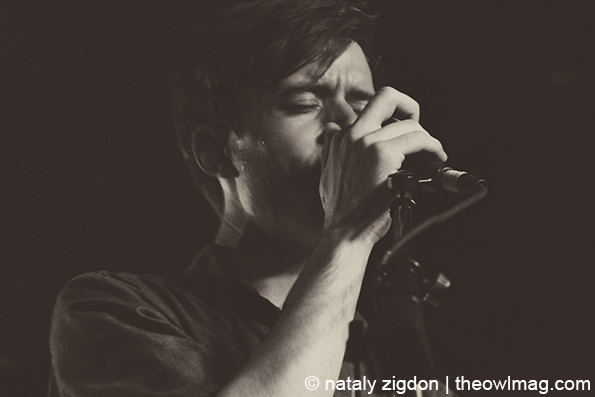 Setlist:
Terrors
Neon Fists
Shades
Any Wonder
Ghost
You Are the Stars
My Moons
In the Dark
Whale
How Do You Do It
Marathon Runner