“Don’t tell anyone!” A man yells from the crowd. 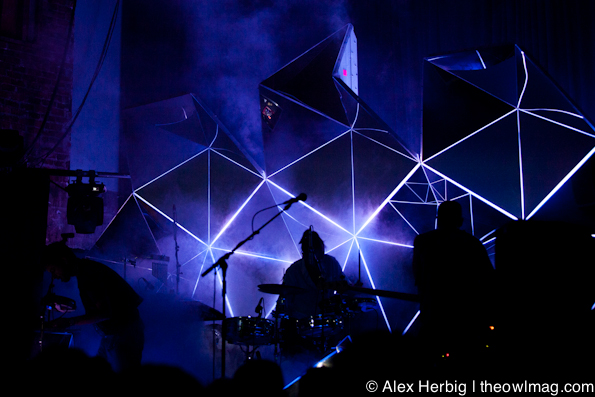 This interaction sums up the affectionate relationship between Yeasayer and the crowd that gathered at a sold-out show at the Neptune Theater last Thursday. Kicking things off with “Blue Paper” from their August 28th release Fragrant World, Yeasayer started things out smoothly, easing into their set with Anand Wilder and Ira Wolf Tuton’s harmonizing vocals. 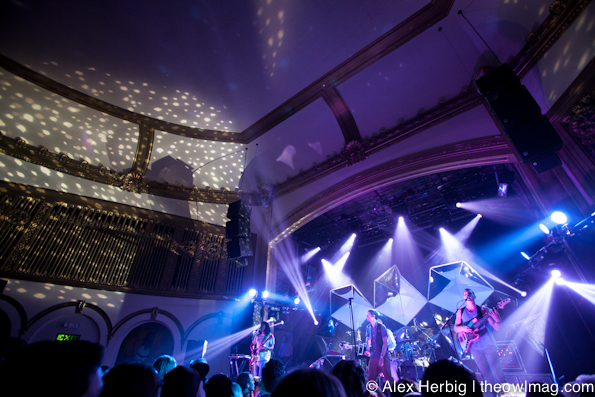 Their backdrop, a set of three hanging kaleidoscope contraptions, was bigger and far more dramatic than the usual scene at The Neptune (a renovated movie theatre), making for a special and aesthetically appealing show. After pleasing the crowd with a few songs off Fragrant World, the band played a slowed down version of fan favorite “O.N.E.” The cooled down version of this hit featured a plucky guitar as opposed to the standard punchy one. The band waited to play their older hits, allowing the crowd to ease into their more defined sound on Fragrant World; a choice that paid off nearing the encore. 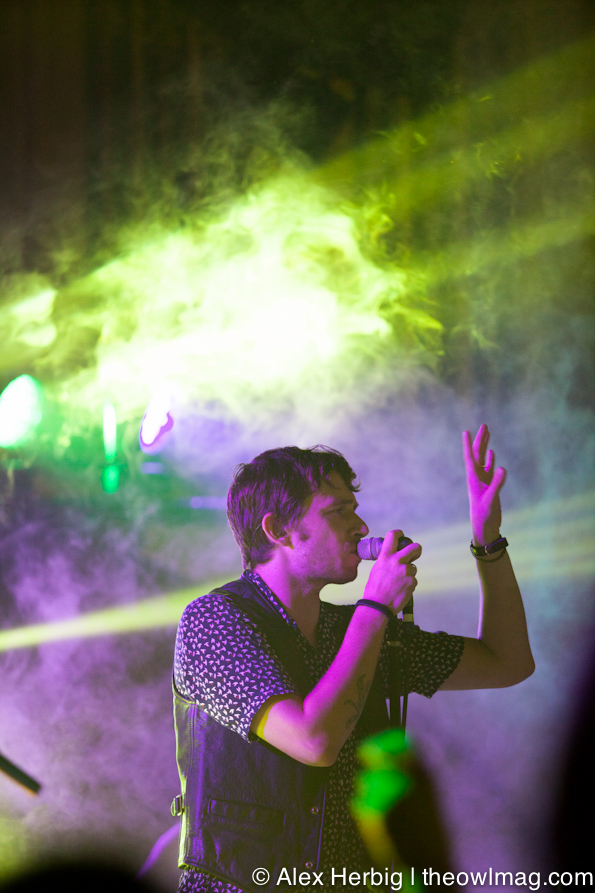 After a rousing performance of “Red Cave,” Yeasayer brought to the table what everyone had been waiting for. “Ambling Alp” spawned a sing-along/dance party experience epic enough to match their high energy performance. Nearly everyone in the audience sang along with Chris Keating, lifting their hands towards the stage. A handful of people crowd surfed to the front, landing on stage, dancing, and singing with the band. One fan shared the mic with Keating. After security guards removed the crowd surfers, Keating said “Hey! Why did they do that?” and proceeded to jump down into the crowd. 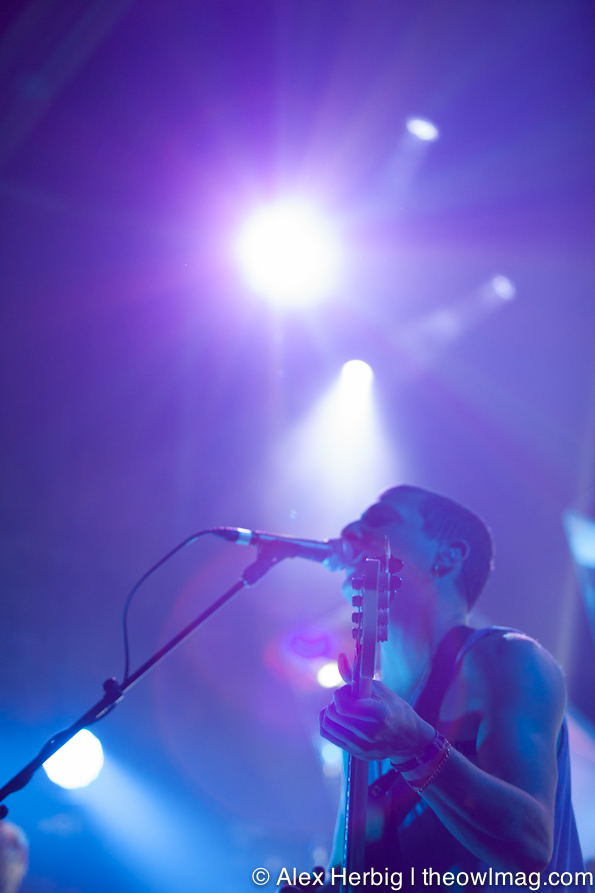 The encore-initiated by stomping, screaming, and clapping however, was anti-climatic. After such an intense set, the band ended with slower songs that were good, but not nearly as phenomenal. One of the amazing things about Yeasayer is their ability to maintain a distinct sound. Whether Keating is singing, or Wilder and Wolf Tuton are crooning, or the song is a trippy electronic one, or a haunting ethereal one, they always sound like Yeasayer. Their sound as well as their live performance is all their own. And obviously, something is working.