As fundraisers go, I just saw the passing of a most unique one; as unique as the cause that it’s raising funds for.

TWENTYWONDER is all about benefiting the Down Syndrome Association of Los Angeles (DSALA) and using a collective of uncommon talent, supporters, volunteers, and friends to show expressive support for those born with Down Syndrome in the Los Angeles area. Even the organization’s name is a take on the Down Syndrome’s medical term Trisomy 21; more creativity at work!

On the menu for this event of the unusual: performances by Black Rebel Motorcycle Club, Exene Cervenka, Sashay Gigante, and Axis of Awesome, Tom Woodruff’s Batmobile, MonstroCity, a plethora of avant artistic types, as well as cool stuff up for raffle like a Fender guitar signed by Trent Reznor.

Hosted by the LA Derby Dolls at The Doll Factory in Echo Park (home base for the LA Ri-Ettes), there was much to occupy the eyes, ears, and minds of all who come out to enjoy the World’s Fair-like atmosphere. I walked into the joint just before the onset of the “grudge match” between the LA Ri-Ettes and San Diego Wildfires, found a spot to watch the action and found myself standing next to a familiar face: Black Rebel Motorcycle Club’s tour manager Grant. Hi Grant; long time, no see. 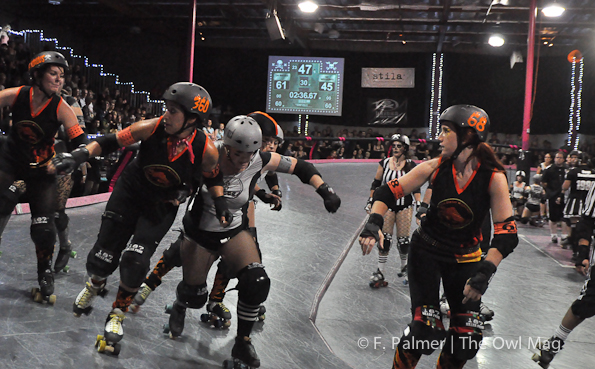 Three minutes later Leah Shapiro and Robert Been of BRMC appear. We cheer, we watch ladies on skates with awesome derby names like Gori Spelling, Iron Maiven, and Fleetwood Smack skate around in circles, throw elbows, and make me proud of my XX chromosomes. Although Rob and I expressed mutual cluelessness to the rules of derby action, I enjoyed the hell out of their fierceness. Girl power, yo. 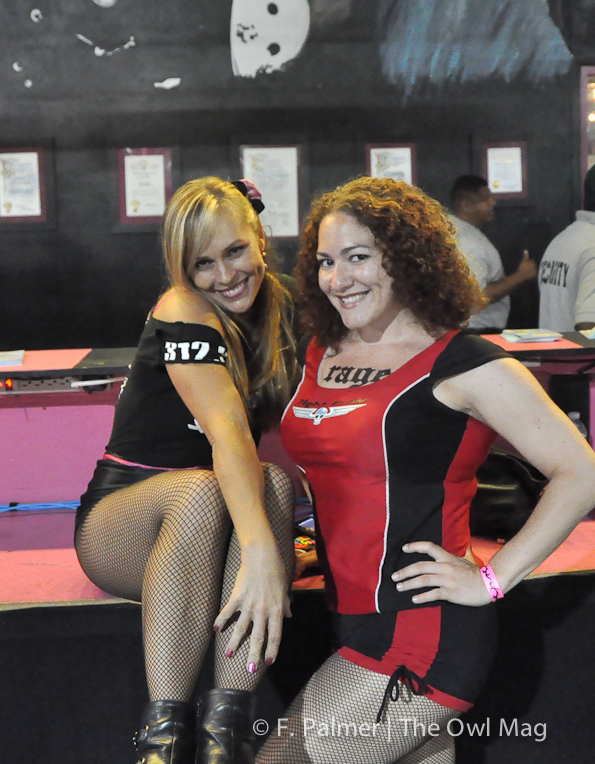 So let’s run down some of my highlights: 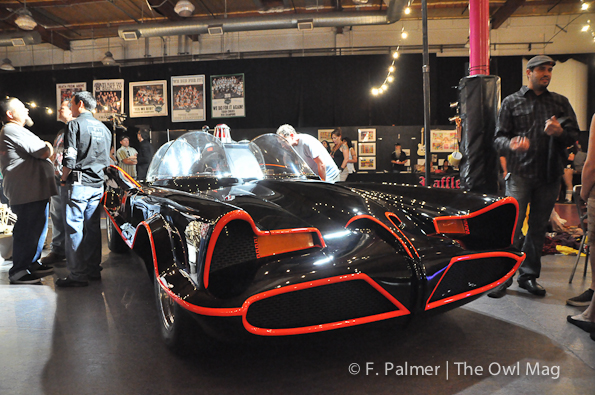 –The Batmobile: built by Tom Woodruff of Amalgamated Dynamics, Inc. ADI specializes in creature effects for movies but labored piece by piece over the years to construct a near perfect, but slightly improved upon, replica of the Batmobile circa 1966 from the original “Batman” TV series. Complete with a red bat-shaped Batphone, people!

– MonstroCity: When was the last time that you built a house of cards? I mean, literally, built a house made of cards? Enter MonstroCity where all were invited to get on the floor and show their architectural/constructional skills with oversized informational cards (towers, bridges, houses, etc.) only to have them demolished at the end of the eve by what appeared to be Godzilla’s third cousin on his mother’s side. 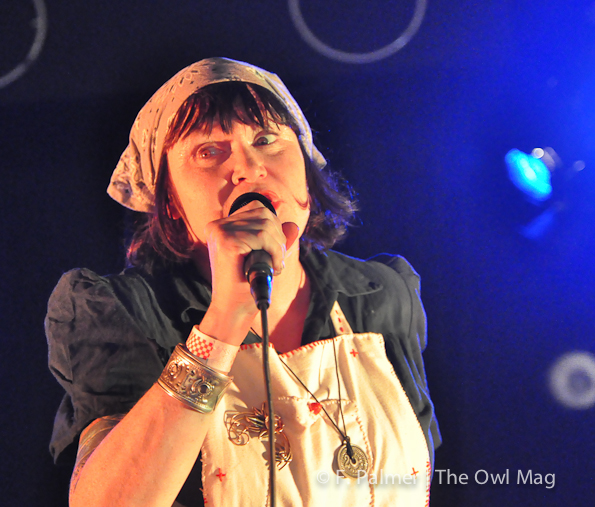 –Exene Cervenka: Lady X herself not only sang the National Anthem prior to the derby match, but also performed a 4-song set ending with a communal sing-a-long of the Woody Guthrie classic, “This Land Is Your Land.” It is, you know. 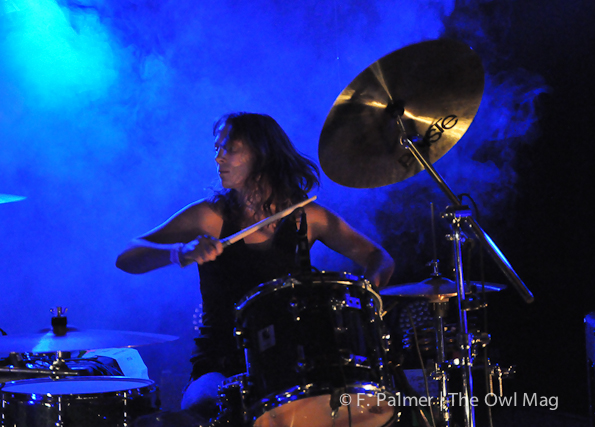 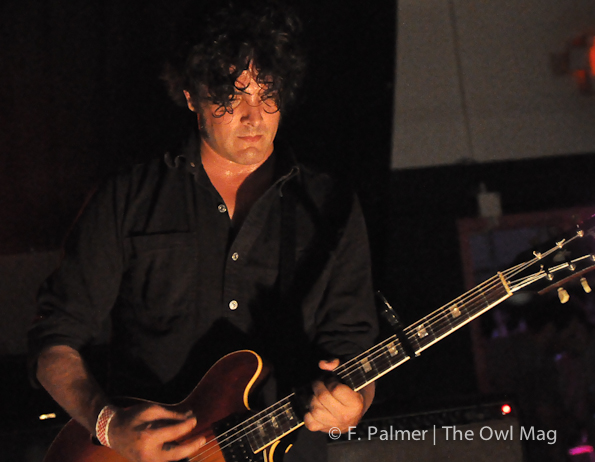 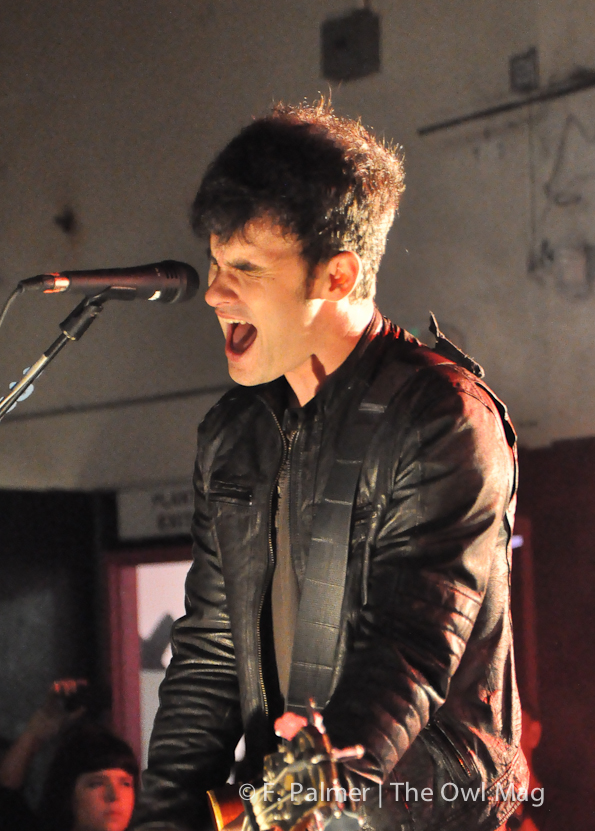 –Black Rebel Motorcycle Club: They came, they rocked, they smoked “Shadow’s Keeper” and played “White Palms” which is never a bad thing. Yes, I’m fond of this band and their bullshitless approach to the art of music and supporting causes. 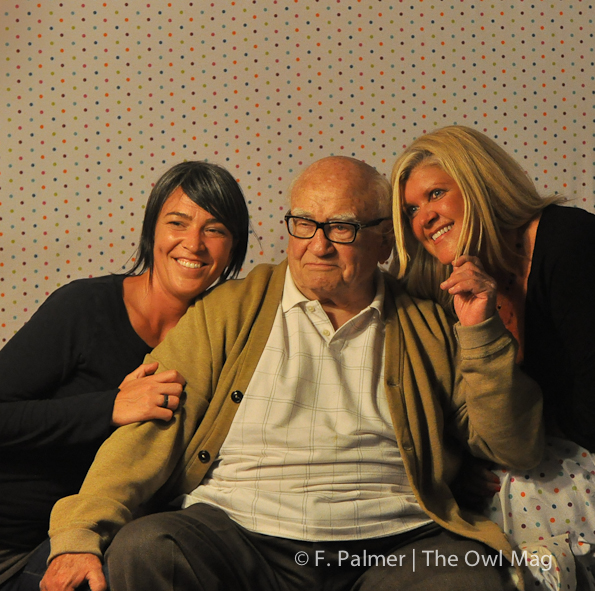 –Ed Asner and Dr. motha-effing-Seuss. Ed Asner read us Dr. Seuss’ “There’s A Wocket In My Pocket!” He read, we recited, no I’m not kidding, and it was fantastic! 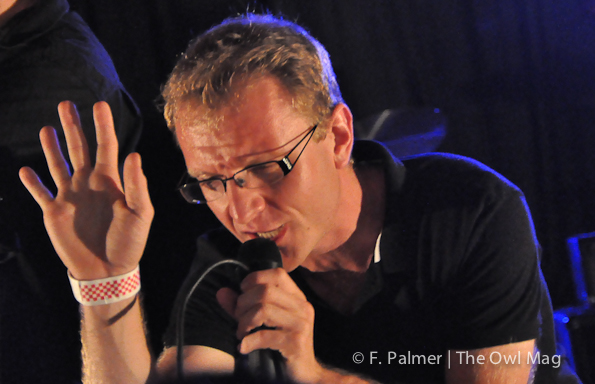 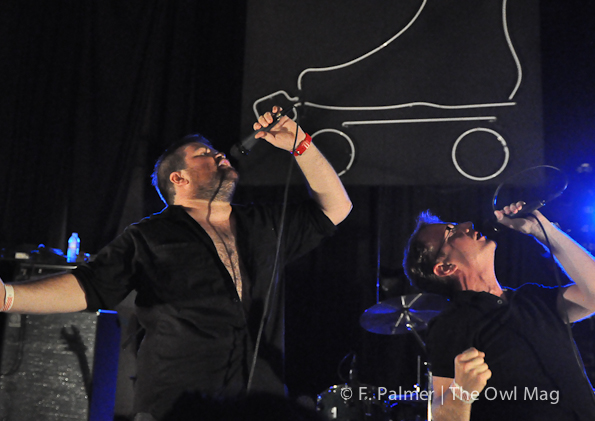 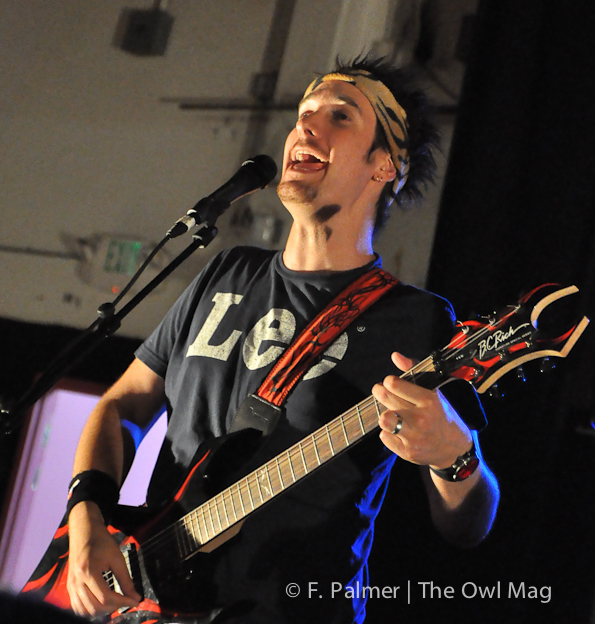 –Axis of Awesome: Aussie-to-LA transplants who call themselves “rock and roll comedy sensations” regaled us with their middle-aged boy bandishness of the most questionable kind. On some parallel universe I’ve no doubt they’re considered super awesome…as was the fluid and mindboggling mashup of every song in the history of songs and the amazeballs rendition of Five For Fighting’s “Superman” which degenerated into “I’m A Birdplane”. 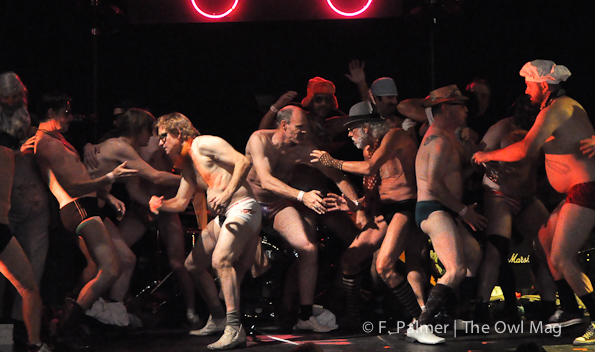 –Sashay Gigante: This “display of male camaraderie and state-of-the-art choreography” equaled dudes in costumes from every occupational walk of life, only to dissolve into a striptease/full Monty display of debauchery. Mutual bump and grinding and rhythm-less dancing were in abundance, but that was nothing compared to when they were unleashed upon an unsuspecting audience like horny little muppets thrusting and gyrating upon us with abandon. Myself, Frank (whose lovely photos you’re viewing), and most within 50 feet of the stage found ourselves being rapidly dry humped. Frank’s “I’m not sure what just happened…” pretty much summed it up, but hey, at least we were dry humped for a good cause.

Yeah, let’s go with that.

A good time was had. So many things to see, so little time, but all in an evening’s work for the betterment of those lovely souls with Down Syndrome, all proceeds from this event go to DSALA, and I’d happily do it again.

See you next year!