Literally getting out of the garage Ontario band, Tokyo Police Club, played to a sold-out mish-mash audience of hipsters to bros to average moms and dads at El Rey Theatre Friday night. The Get Out of the Garage Music Tour kicked-off while the night was young and finished at 10:00 p.m., extremely early by LA standards even giving me time to hit another venue before ending my night. 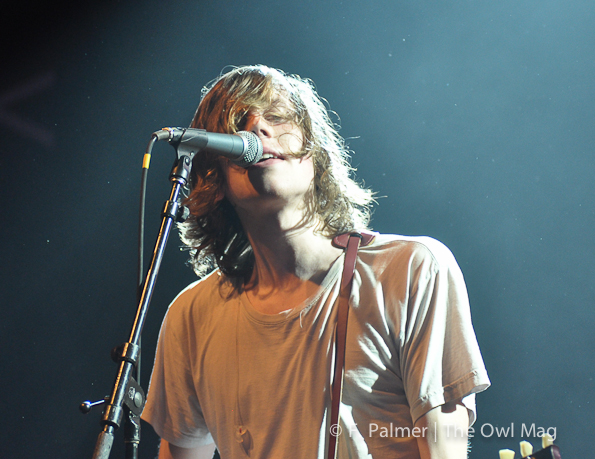 Opening their set with “Colors” off their sophomore album, Champ [Mom + Pop Music Co.], the audience immediately became roused. It wasn’t long before crowd surfers were rag-dolled above the heads of concert-goers, including Glenn Van Dyke lead guitarist of opening band, Beast Make Bomb. Under subtle fog and simple lighting the foursome performed a grip of songs including “Tessellate” and “Bambi” melding one into the other, finally ending the night with “Your English is Good”. Concert goers left El Rey fulfilled by their favorite Canadian indie-rock band not only by their feverishly great set but also by ridiculous amounts of commercialism b.s. 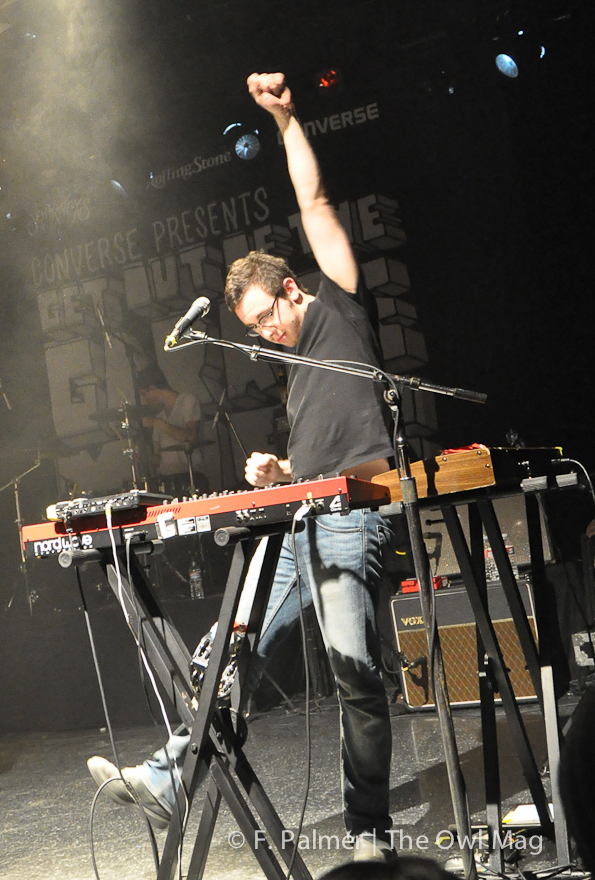 Preface: I am not a “sell-out” monger. Hearing a song featured in a 30-second spot for coffee tickles me happy! But lassoing a paying audience during a live show is crossing the line and straight-up pathetic. This is how it went down: near the end of their set frontman, Dave Monks, suckered his audience to participate in the following shout-back session, “Repeat after me!… (insert sponsor’s name)” and of course, the on-a-concert-high attendees did just that, followed by “(second sponsor!)” audience followed suit, and then amazingly “(third sponsor!)” and you get the idea. Nauseating. 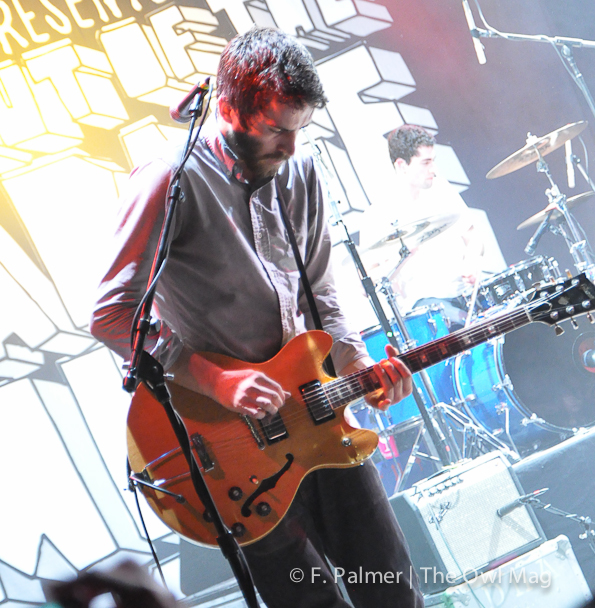 Overall Tokyo Police Club put on an epic show: fantastic musicianship, amazing stage presence, superior sound. But next time, TPC, leave the advertising to TV & radio. Being forced to play a role in a friggin commercial isn’t what your fans paid for. 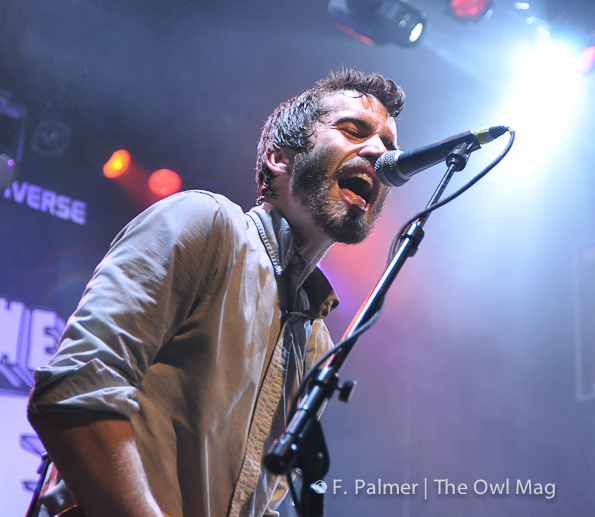 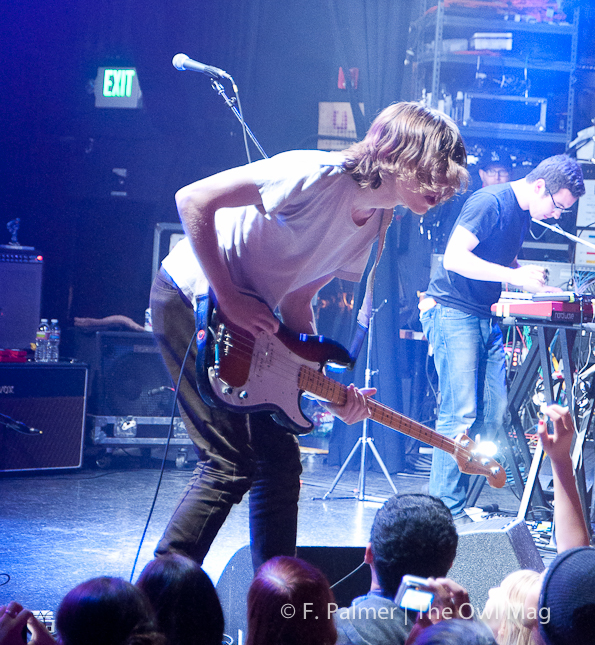 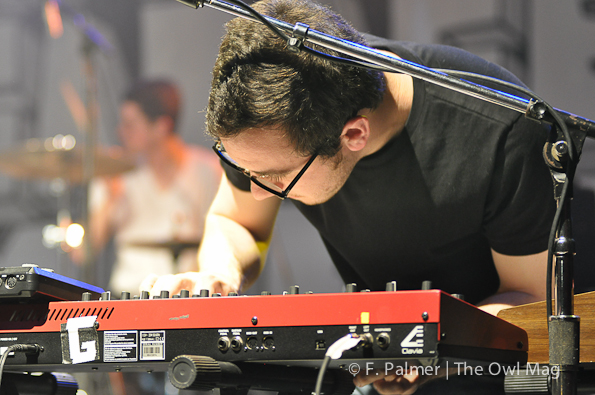 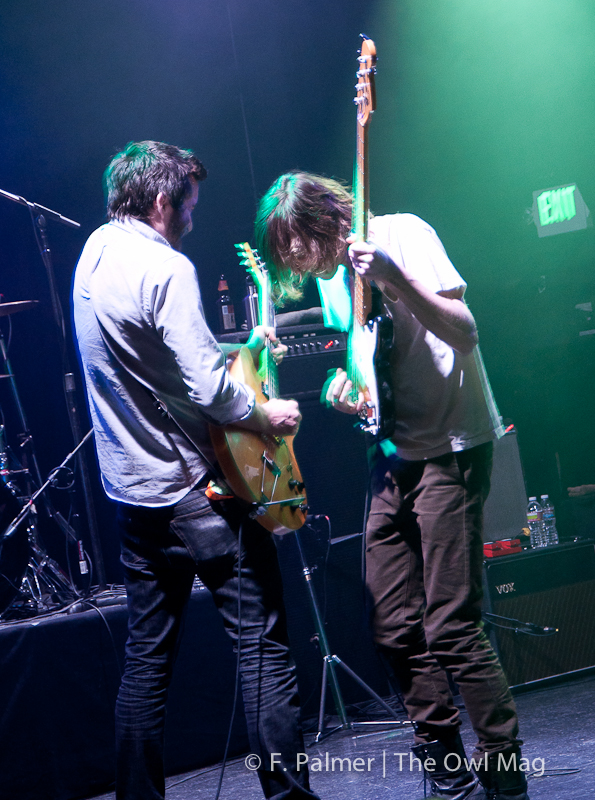