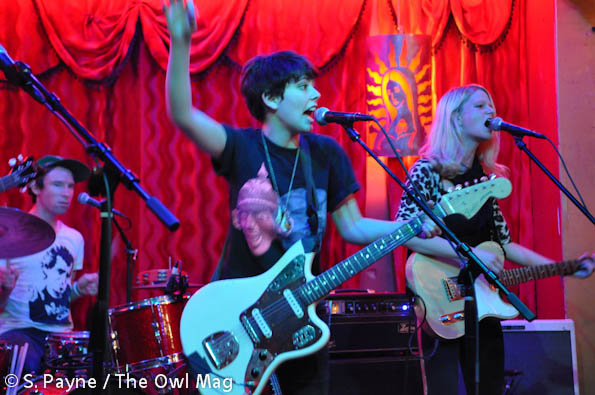 On tour promoting their second full-length album, Screws Get Loose, Those Darlins aka Nikki, Jessi, and Kelley Darlin, accompanied by drummer, Linwood Regensburg, made a few stops in SoCal over the weekend. They’re rowdy, hot, loud, and able to pull off trashy-chic like only true Nashville punks can. The band formed in Murfreesboro, TN, and released their much-less-refined self-titled album in 2009. 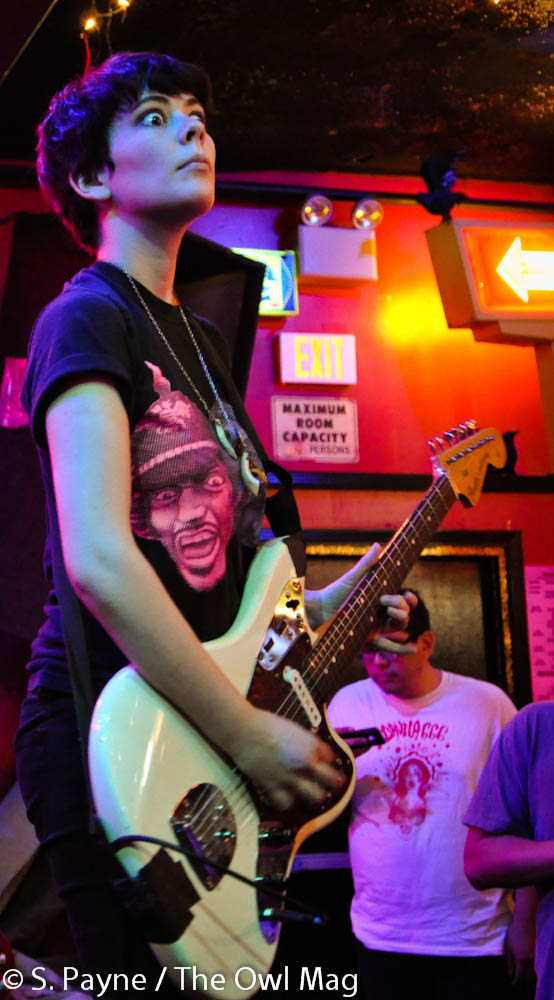 Their one-of-a-kind style can best be described as the garagey chick-band sound of the better Runaways’ stuff meets the classic country of the Carter Family. Throw in rockabilly doo-wop songs like “BUMD” and “Be Your Bro,” and you have an eclectic blend of fun songs. Hearing it live, there is an unmistakable Ramones element in the title-track to their newest album, “Hives,” and “Boy.” 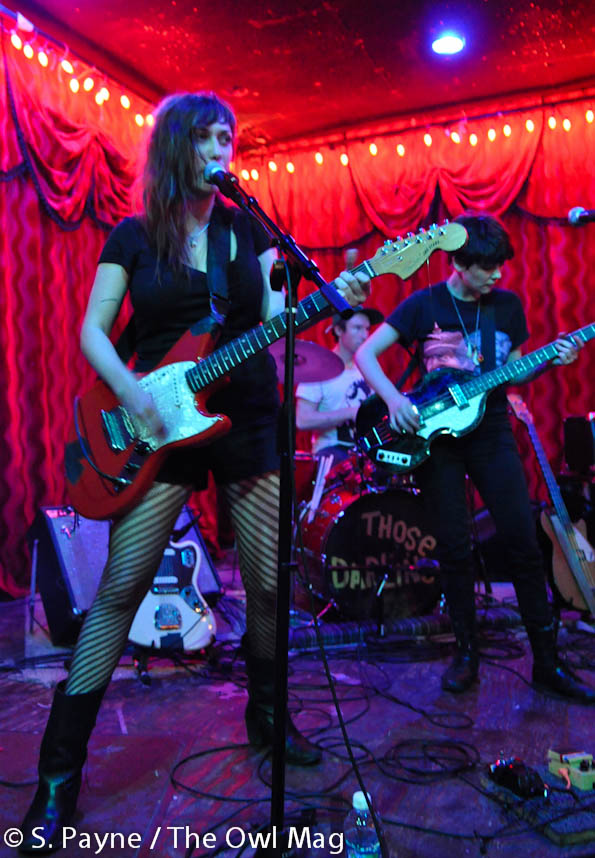 What was missing from the set was the silliness of their twangy country-pop songs like, “Whole Damn Thing” and “222,” although “Wild One” was nearly fun enough to satiate, and was definitely a crowd favorite. There were a few lows in the set during their less interesting songs, which were forgiven every time Jessi glared at the crowd with her crazy, “I’m-about-to-stab-you” eyes. The energy was otherwise unforgettable, despite their admittedly “high” state. 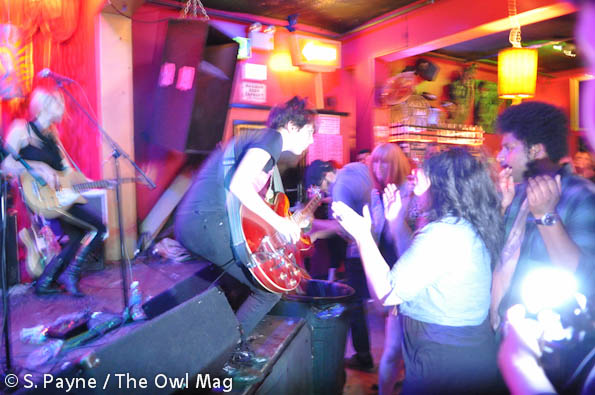 It’s a pretty good indicator that a band made an impact when you get home from a show and immediately purchase every song available by them in hopes that they’ll keep playing gigs… I’m just sayin’.

A shout out must be made to the Tijuana Panthers, the opening band. These Long Beach boys are brilliant and must be checked out!