It’s easy to understand how The Walkmen and Father John Misty can sell out the Fillmore in San Francisco for two consecutive nights. Once you’ve visited either one of the bands catalog, you’ll hear a wide spectrum of guitar driven backdrops with passionate lead vocalists delivering only the highest caliber of lyrics. 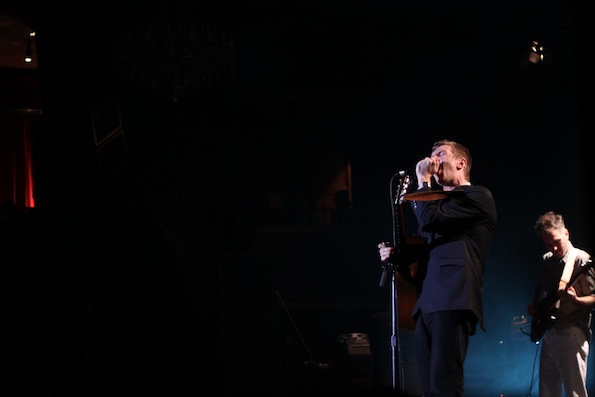 The Walkmen are no strangers to the music business, seeing how the band has been around since 2000 and released seven full length albums, the most recent last May, Heaven. Their set contained favorites from previous albums, while also touching on their latest release, and the band never seemed to stop giving it 100%, while we’re sure they were exhausted from their lengthy tour to support the album. 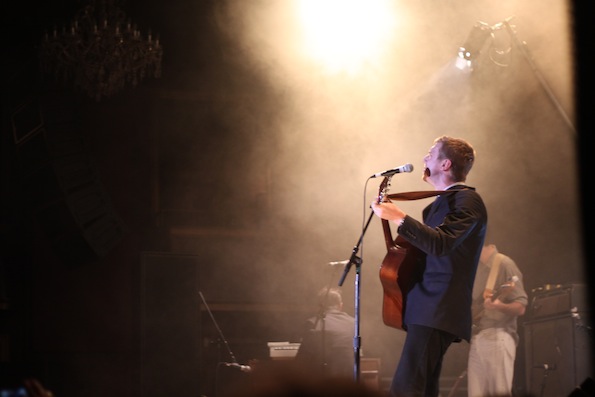 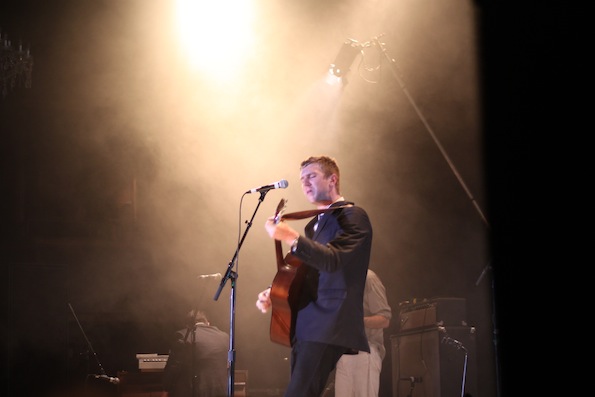 Through ballads and almost-punk like stylings, it’s surprising that the members of The Walkmen are as old as they are, as it seems you’d expect this kind of music from a group of young testosterone charged lads. They don’t seem that they’ll ever cave to any “new era” of music, and give off the air that they’ll be at this for awhile, as long as they can keep selling out tours across the US and Europe. 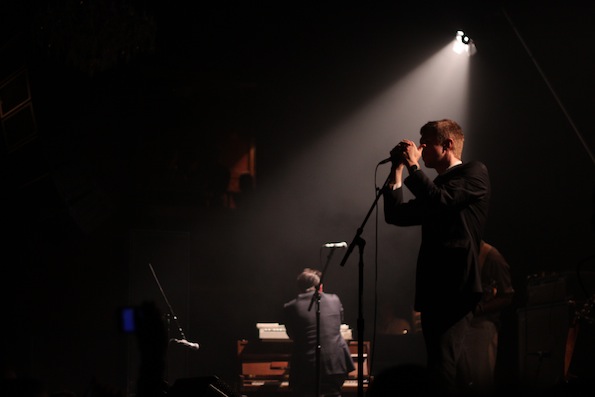 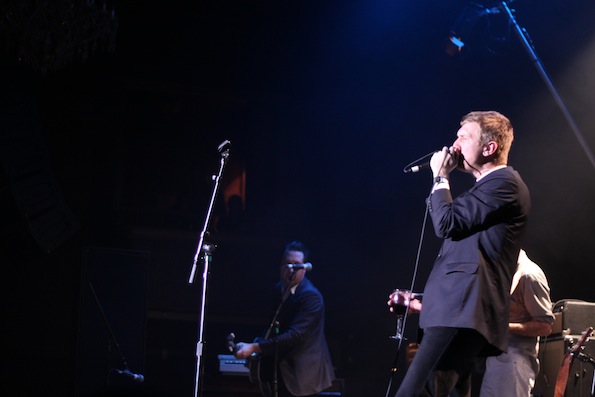 The guys will be taking a break for awhile after this tour before they head out for a handful of dates in England in early May. They’re a not miss for lovers of aggressive rockers that have a sensitive (and possibly clean cut) side somewhere deep in their music passions. 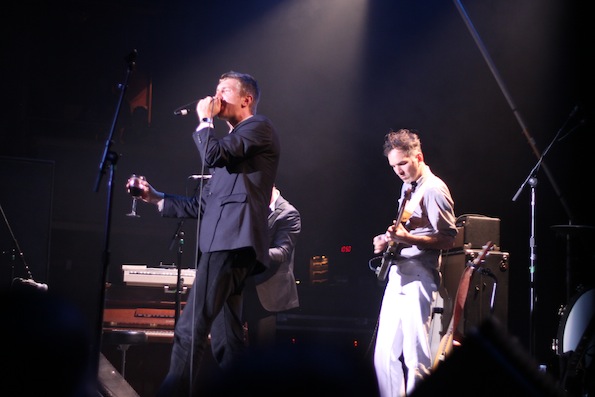 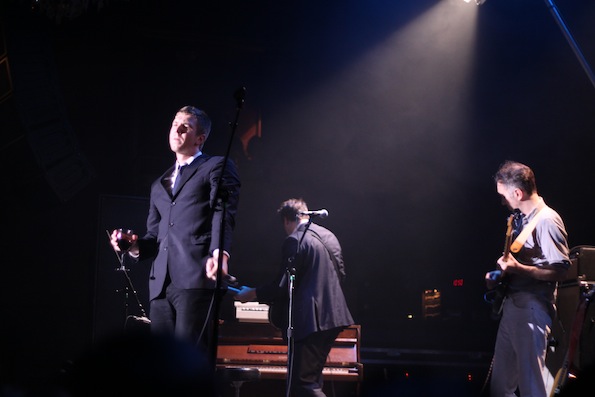 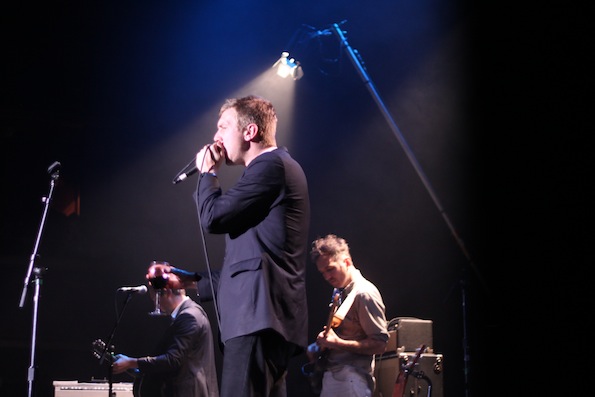 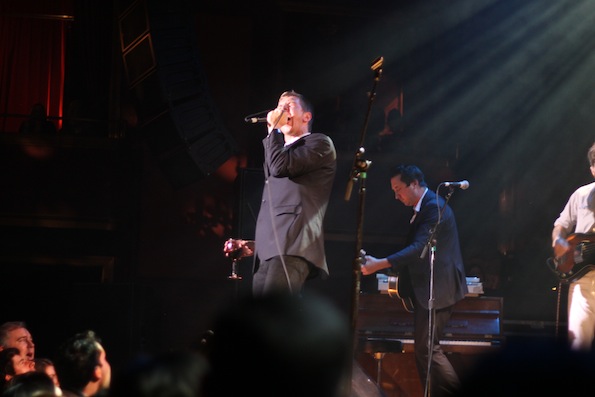 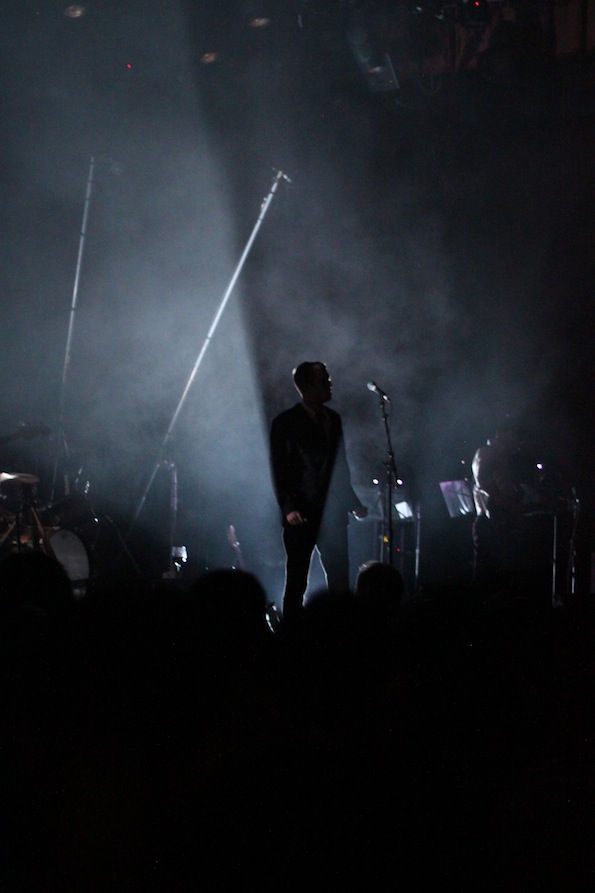 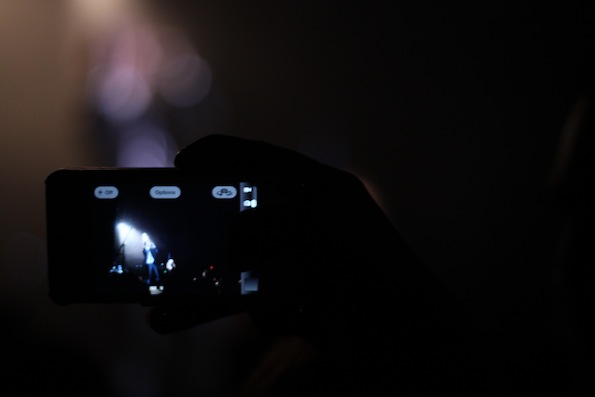 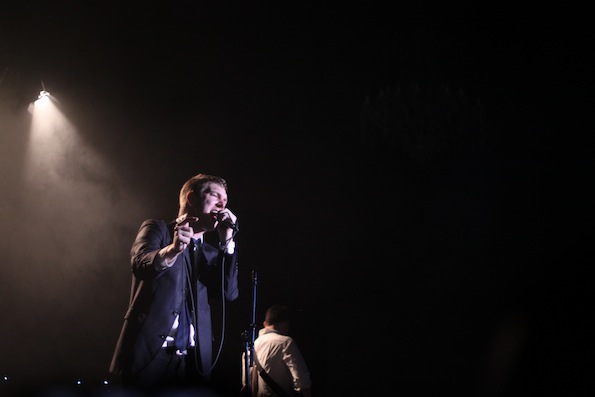 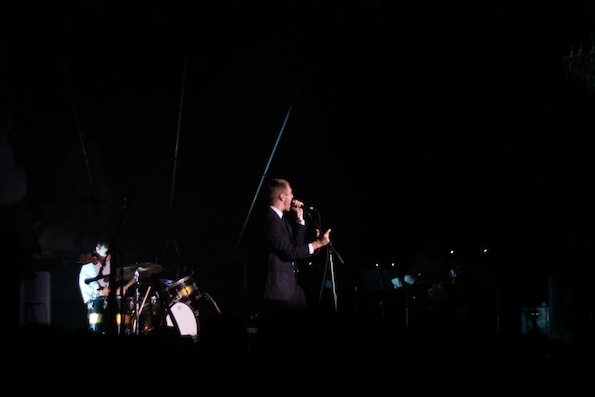 Father John Misty opened up the show as brilliantly as he ever has with simple quips about the city and the crowd. J. Tillman (frontman for FJM) never seems to be out of things to say, and usually any concert goer will be forever amused by not only what he says, but what, and how, he sings as well.

FJM comes off as a band of LA misfits that came together in a residential alley, only to annoy their neighbors with the loud yet pleasing songs that effortlessly flow from their fingertips. In any given FJM experience you’re probably going to see a lot of drinking, some banter between musicians, and one hell of a frontman. 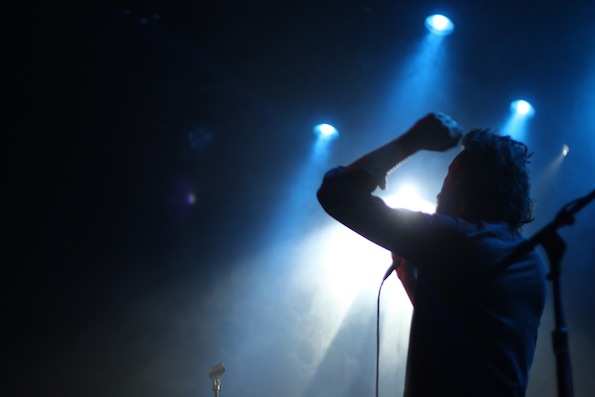 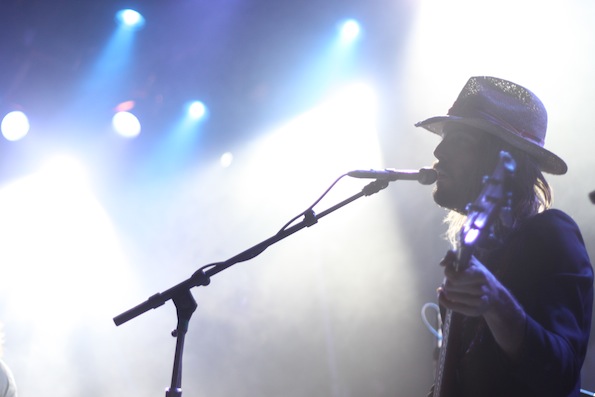 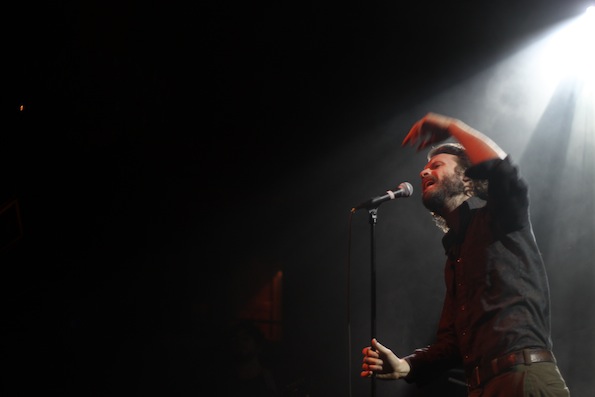 Tillman comes off as a very tortured artist, and you really can’t picture him doing anything else except being the frontman, which is probably why he quit Fleet Foxes shortly after the band saw some commercial success. He was the band’s drummer and probably couldn’t handle the lack of spotlight. 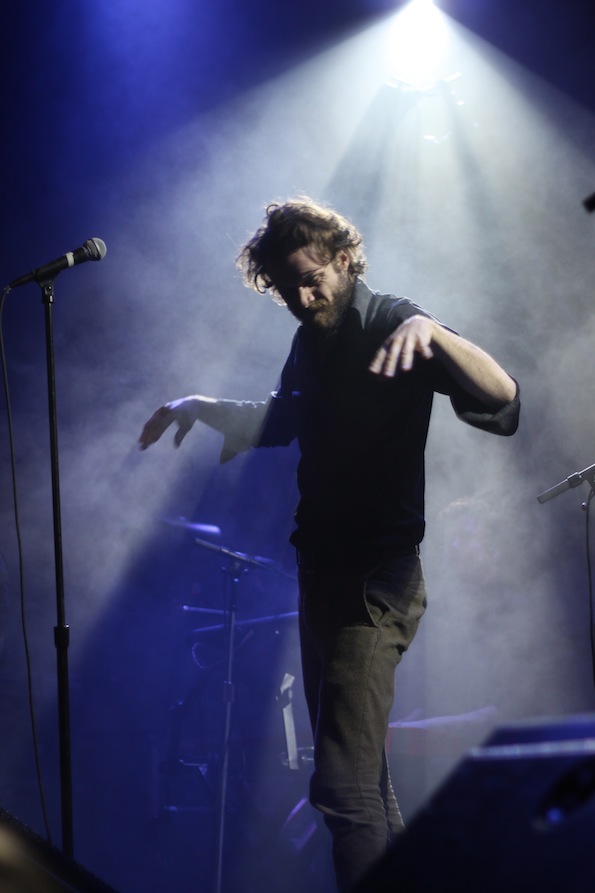 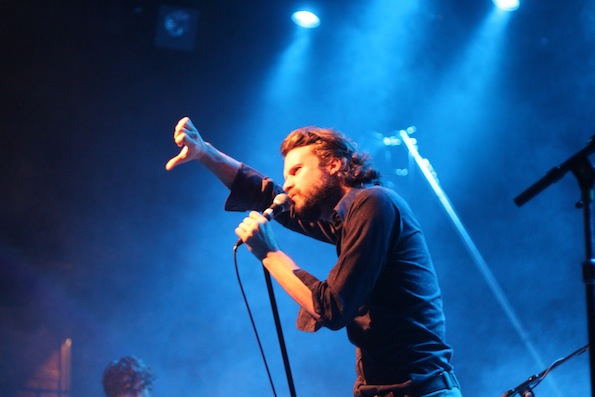 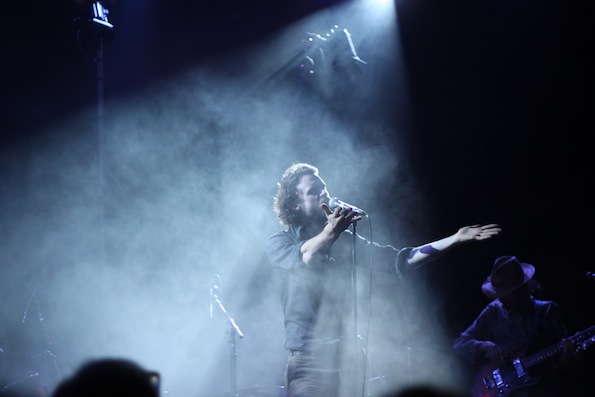 In any case, The Owl Mag highly recommends either of these bands, though you will enjoy FJM in a darker, more seedy setting than in the Fillmore, opening up for such a long lasting band as The Walkmen. 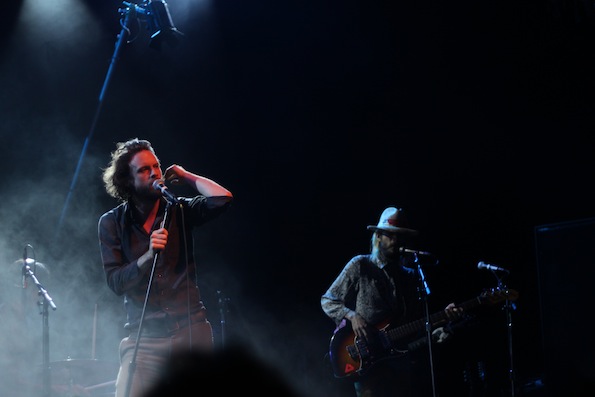