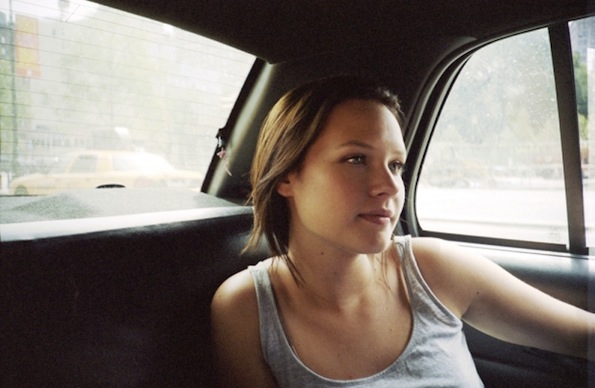 Watching Lauren Pritchard at Red Devil Lounge on another unusually warm night in San Francisco felt like we’d all been let it on a little secret: namely, that this up n’ comer originally from Tennessee (who’s been kicking ass in the UK for the last year) is about to get stupid huge.

The 22-year old chanteuse opened her set by asking about the Giants (smart), admitting that she’s a Mets fan (fail), and expressing a genuine dream-come-true sentiment to play her first-ever gig in San Francisco (aw, we can’t stay mad at you). With accompanist Paul Sayer on acoustic guitar, Pritchard’s sweet exterior quickly unraveled in the opening number “Pain Killers” to reveal one of those unmistakably classic soul voices: rich n’ smokey, with depth and edge and just enough vibrato to make you exhale.

Playing songs from her February release Wasted In Jackson, Pritchard hit the keys and kept the crowd engaged with energetic and earnest delivery, straddling the line between singer songwriter hooks and soulful storytelling. We heard and felt every lyric, from that deep childhood urge to leave home (“Wasted In Jackson”), to fate and moving forward (“When The Night Kills The Day” with Mumford & Sons, produced by frontman Marcus Mumford). The crowd was already in the palm of her hand for a mid-set cover of TLC’s “Waterfalls,” and it’s a testament to Pritchard’s talent and charisma to have pulled off Left Eye’s third verse rap with unflinching sincerity (man, maybe I should stick to the rivers and the lakes that I’m used to).

Overall? Superfly. If you’re digging the Adele-Aretha-Patsy Cline new-school soul wave, you’ll love Lauren Pritchard. It’s no wonder she was signed by Darcus Beese for Island UK (who also signed Amy Winehouse) and rocked in the original cast of 8-Time Tony Award winning musical, Spring Awakening. She’s on the road for another few weeks; check her in your hood and say hiâ€”she’s as rad and personable as she is talented. Bonus.

(Special shout-out to Red Devil Lounge’s Save Japan: In The Name Of Love concert series benefiting Doctors Without Borders, of which this show was a part.)