The Flaming Lips may have put the hamster ball to rest, but that doesn’t mean their live show is any less spectacular. The Oklahomans took over the Pacific Amphitheatre in Costa Mesa with their always trippy performance in support of newest release The Terror. From far away, the band looked as if they were surrounded by space bubbles and a tangle of electrified cords. In fact, their surroundings were made of mirrored domes, held together by duct tape and wire, perfectly suiting the band. Wayne Coyne thoroughly creeped out fans during opener “Look… The Sun Is Rising,” cradling a child’s baby doll as if it were a real life newborn. Once Coyne set the doll to the side, he quickly won over the crowd, rallying everyone to cheer and help the band through sad songs. Wrapping up with “A Spoonful Weighs A Ton” Coyne and company lifted the crowd up to send them on their blissful way. Self-proclaimed “local heros” The Growlers opened up the night. 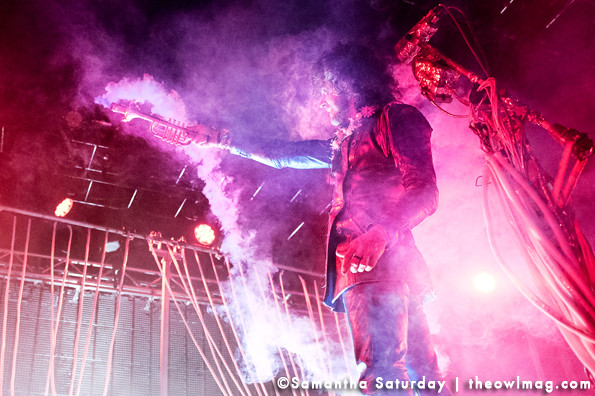