The Family Crest knows how to fill out a stage. Whether good or bad, they are going to make an impression. The one they made at Stern Grove amidst the tall swaying trees in the rare San Francisco sunlight this past Sunday was a great one. Having 12 bodies up on stage, including a nice horn section and a sexy rhythmic dancer, they were romance at its finest. 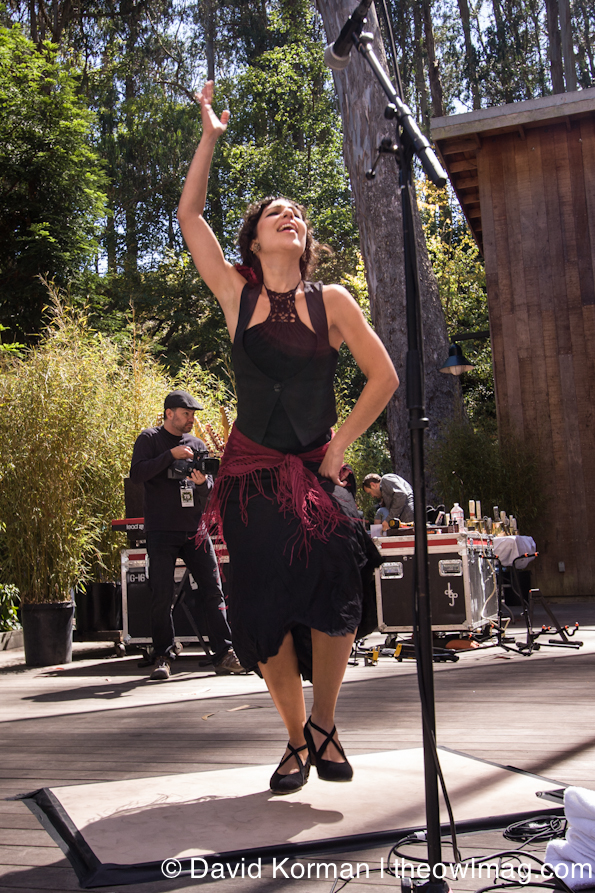 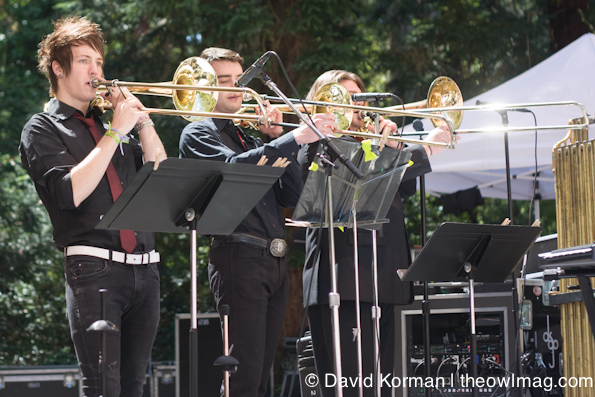 All were dressed nicely in black and red. Liam McCormick center stage is a big reason for their powerful presence, with his suave and versatile vocals. However, their epic style of performance was largely due to the group’s string section; the seductive and dramatic violin alongside the mourning sound of the cello. When we thought it couldn’t get any more sublime, Laura Bergmann’s flute playing told us otherwise. In entirety, yes, they are a family. This San Francisco-based orchestral indie group defines unity. 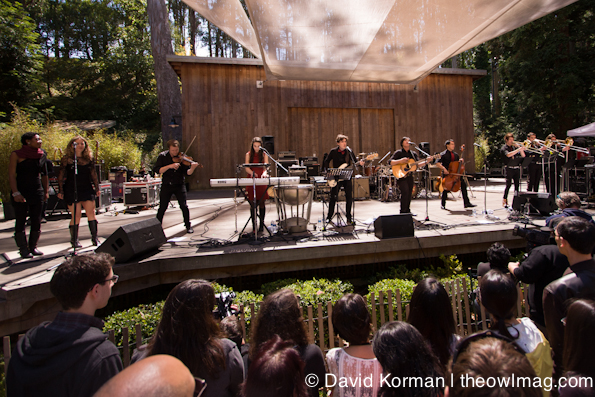 OK Go was a nice contrast to the aforementioned group, quickly reminding us of the lure of pure rock. We didn’t think they’d be able to compete with the impressive presence of Family Crest, but they managed to give them a run for their money. Dressed up sort of like a Beatles tribute, they jumped onstage and massive amounts of confetti exploded around them and into the crowd. “We’ve never used water soluble confetti before. I think it’s plastic made out of rice. So next time it comes out just open your mouth and you can enjoy a whole meal,” they said after their first song. They were fun and fast and rocking it. 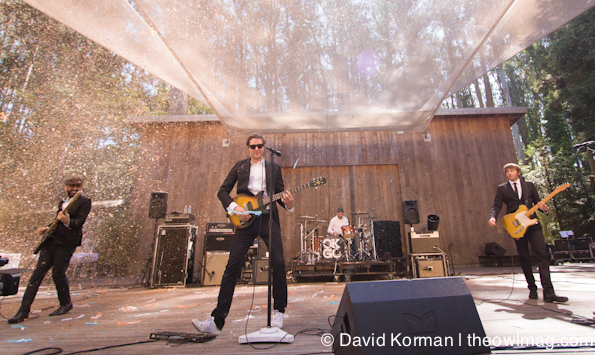 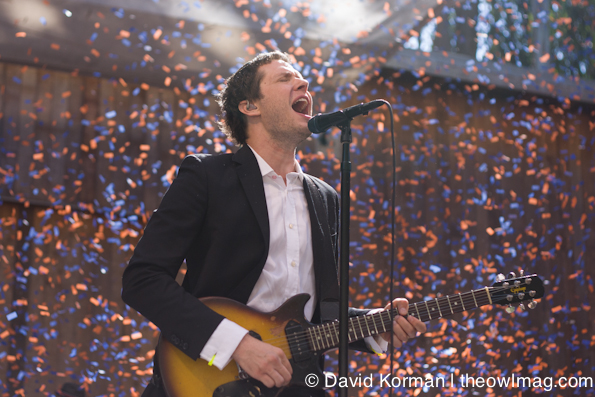 Loud, powerful electric guitar, fast percussion, and frontman Damian Kulash’s strong, energetic, and moody vocals made for a sound that seemed to remind people why they came out to see them. On an unexpected note, the group slowed it down for song “What To Do,” where they all rang bells for the chorus, simultaneously surprising and wooing us. In closing song “This Too Shall Pass,” easily their most catchy current song, they had the crowd join in for the chorus. They left us with one hell of an earworm because we heard the chorus hummed, whistled, and sung from various people leaving the grove. 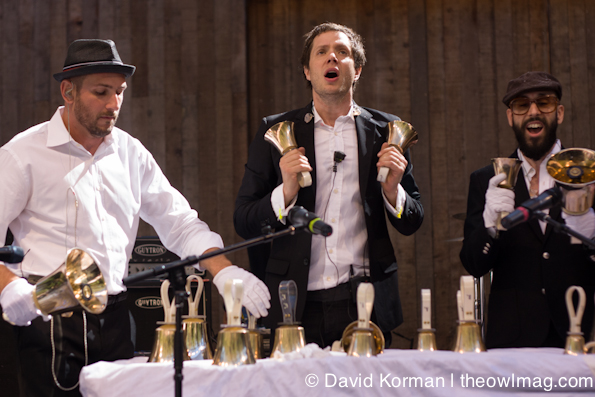