The Black Angels usually get compared to The Velvet Underground and The Doors, but hearing them live at San Francisco’s Bimbos 365 Club, they sounded more like the bastard stepchildren of Link Wray crossed with their friend Roky Erickson. Subtle rock chording and rockabilly twang sit underneath all the drone and throbbing, something that is much harder to detect on their recordings. It could be said that any music with distorted guitars owes a debt to Wray, but it just doesn’t always come out so strongly.

Of course there is that Velvet thing, and interviewers always seem to ask them about that, but it comes primarily from Stephanie Bailey’s insistent drumming, which evokes Mo Tucker’s almost tribal beats that sat under the Velvet’s drone. 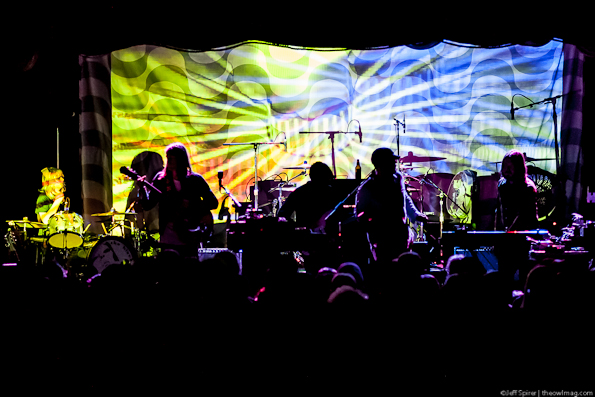 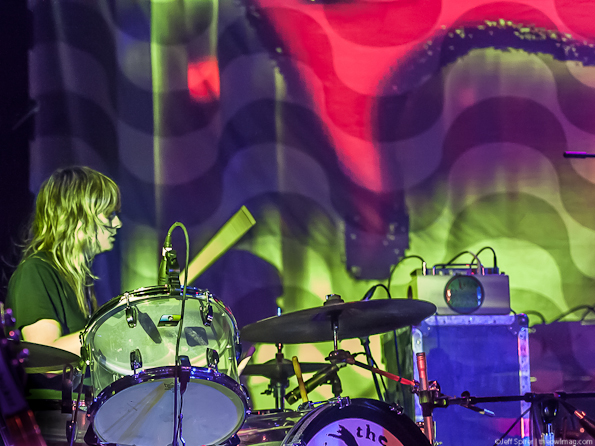 When you put the drone, the hypnotic drumming, the distorted guitar, pulsing keyboards, and Alex Maas’ insistent vocals together, you have that hazy psychedelic sound the band is known for. Christian Bland’s guitar is out front most of the time, not so much as a solo instrument, but as a constructor of environment — an environment that swirls around the music. Maas’ haunting vocals are absorbed into the swirl, and while they have that dark sound the band is so well-known for, they have an odd quality that often make Maas seem like a child in a bad dream, especially when the processing adds echoes. It’s difficult to make out the lyrics, but the sound is what matters. It’s almost as if the song breaks are unnecessary; the total effect doesn’t really end up being about songs, but about the total experience. 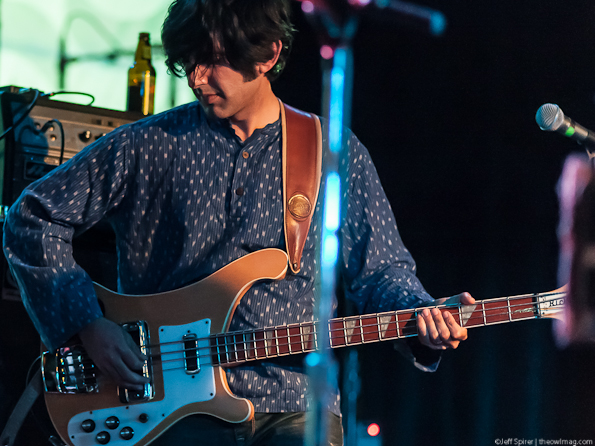 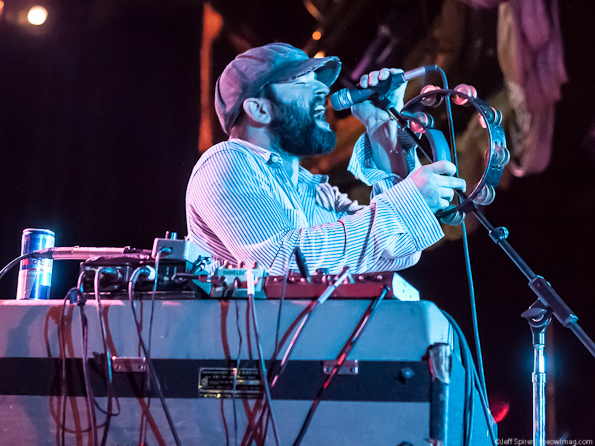 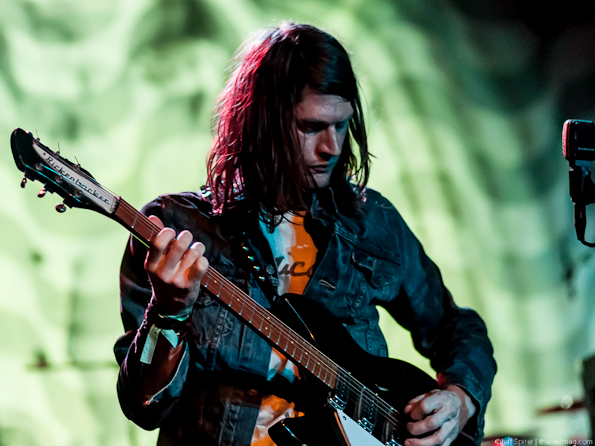 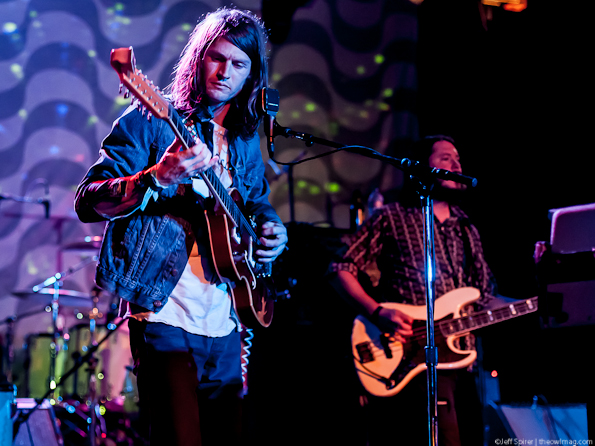 The set closed with “Deer-Ree-Shee,” which opens and ends with a sitar. Most of the band left the stage, but the sitar droned on as the crowd filtered out. No encore, but it wasn’t needed, the show was a perfect set that droned on in our minds for hours.

Check out more images of The Black Angels at Bimbo’s here.