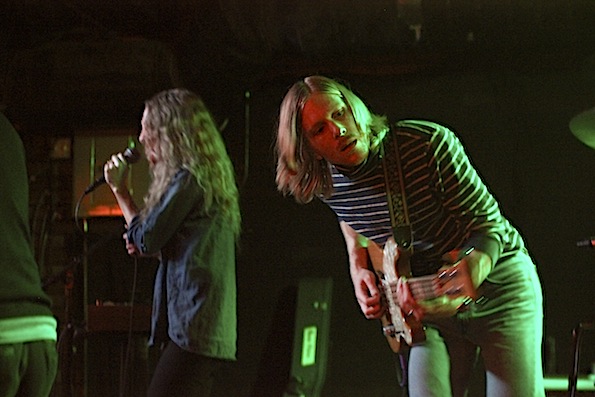 Tennis, made up of husband and wife duo Alaina Moore and Patrick Riley played to a sold out crowd at one of SF’s most intimate venues over the weekend. It was a special and small show, and those lucky to have gotten in felt the love.

Based upon the big turnout and the disgruntled fans that were forced to pay exorbitant prices for a ticket (I heard some people paid $50 for what was originally a $12 ticket), they could have played a much bigger venue or at least consecutive nights.

Both opening acts were solid, especially Christian Wargo (of Fleet Foxes) playing as Poor Moon. Wargo was funny and engaging, and he sounded great, utilizing multiple microphones, guitars, and a myriad of other sound effects. Plus the man is a world class whistler. I started thinking about how much I want to hear the new Fleet Foxes record and if Father John Misty will be missed. During Wargo’s set, in a fit of excitement, I turned to my companion and declared “The Fleet Foxes are like the modern Beatles”. I got a skeptical look and she retorted “Crosby, Stills, Nash and Young would be a better comparison”. Touche. 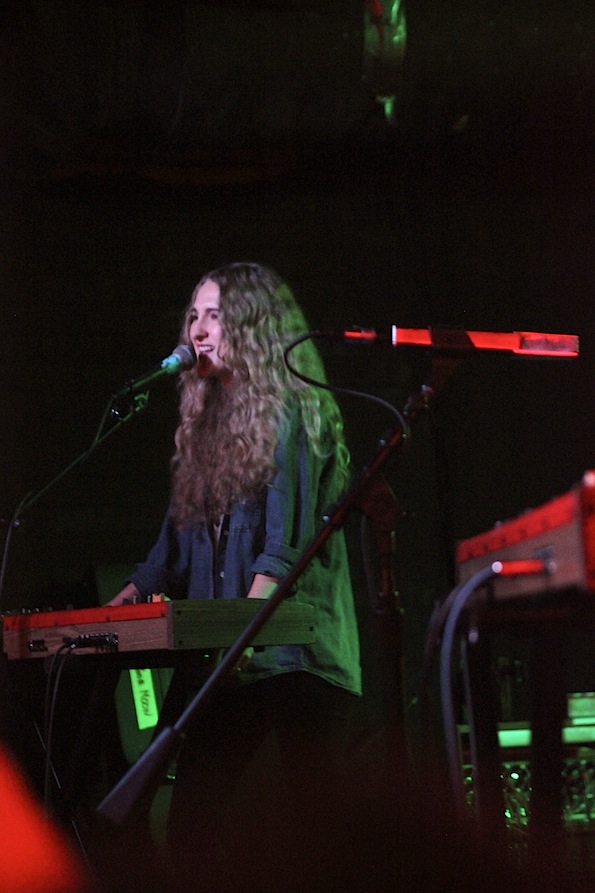 Tennis are an ideal ‘Date’ band with their sweet but cool 60’s influenced sound. You could easily hold hands at a Tennis show (and I did). The Denver duo (props to the band for incorporating the 80’s Nuggets logo of the Denver skyline into their merch) was generous with the audience, and sounded better than they do on record. The bands breakout record 2012’s Young and Old, produced by Patrick Carney of The Black Keys had the band in a very specific place. It was a great place, and I listened to the album regularly, but it left the impression that they did one thing really well. On their newest EP Small Sounds, the band breaks out and ironically sounds much bigger. Moore’s voice sounds more present and warm, and the songs translated well live. “Mean Streets” is a smooth R&B song, and had the crowd nodding their heads, and “My Better Self” had couples swaying. Love was in the air.