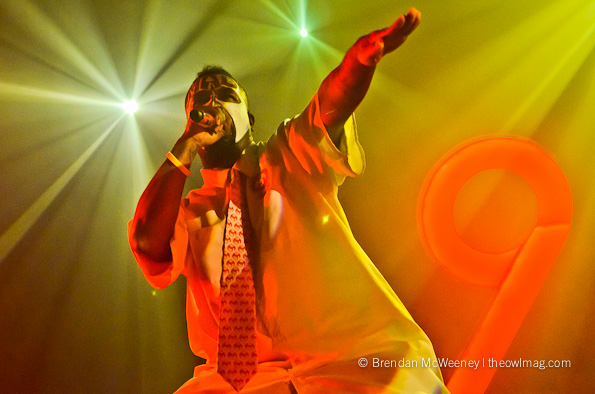 Enter the psychedelic horror-movie inspired swamp trailer party that is Tech N9ne’s SF stop on the “All 6’s and 7’s” tour: the air is thick with that ol’ familiar Bay Area good shit. The audience is notably young, male and white. Some are in Juggalo face paint, some are more thuggish with baseball caps, all have gold chains. And all are surprisingly respectful, calm, and supportive of the opening acts and each other. These fans might represent a new era in rap/rock hybrid music, and Tech N9ne surely knows it. 82 shows in 85 days is daunting even to corporate artists with larger perks- Tech N9ne and his independent Strange Music label clearly took this feat on out of love for the fans and their music. 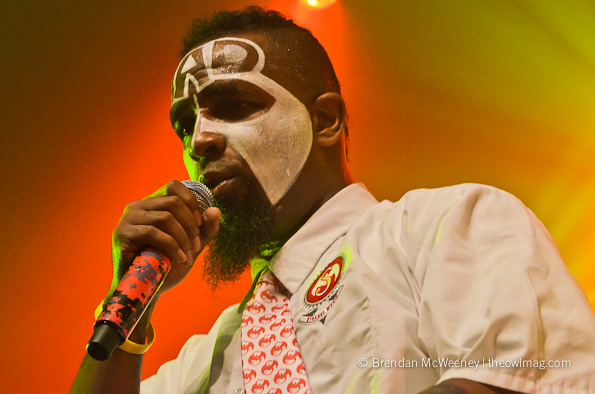 The ballroom was packed for the final opening act, Krizz Kaliko, a rotund gentleman who exemplifies most artists Tech N9ne surrounds himself with: energetic, thankful, and Southern. His set was a non-stop, pounding sampling of his newest EP S.I.C. performed with an engaging stage presence. He pop-locked and did the robot, helicoptered his towel, and gave just enough plug to himself and Tech N9ne to remind everyone who he was without being too self-involved. He expertly harmonized with himself and made good use of voice distorting techniques, a hallmark of the psychedelic dungeon style Tech N9ne has introduced to the mainstream. I will definitely be checking out his other albums Genius and Shock Treatment. 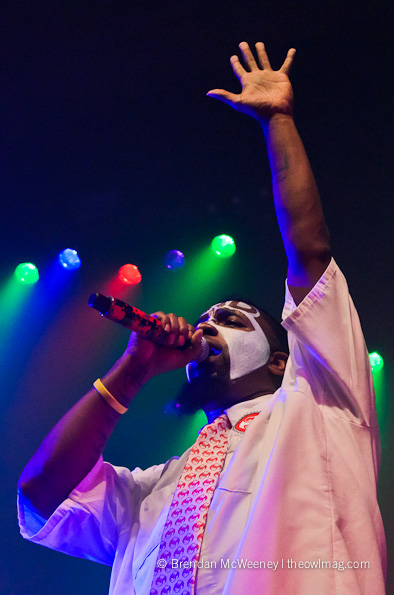 And then the master entered. Flanked by Kaliko and Andre Nickatina (nice surprise!), Tech N9ne stormed the stage. His dress and white Juggalo face paint paid homage to the majority of his fan base at this show. Nevertheless I (a non-Juggalette) was able to lose myself in his signature rat-a-tat-tat style, his creepy funhouse of horrors act, and his well-timed call and response segments. For all his shock tactics, Tech N9ne is an artist with equal parts large, looming leader of all closet monsters and humble, respectful, love-touting child of music. He reached out during his set to touch his fans, pointing to people and delivering entire choruses to them as individuals. During particularly impressive, jaw-droppingly fast lyrics, his left hand would shoot up and appear to type away on an invisible keyboard which devote fans recognized and mirrored back him. He is playful onstage, which is missing from most independent hip-hop artists and makes his Lord of the Underworld persona even more riveting. 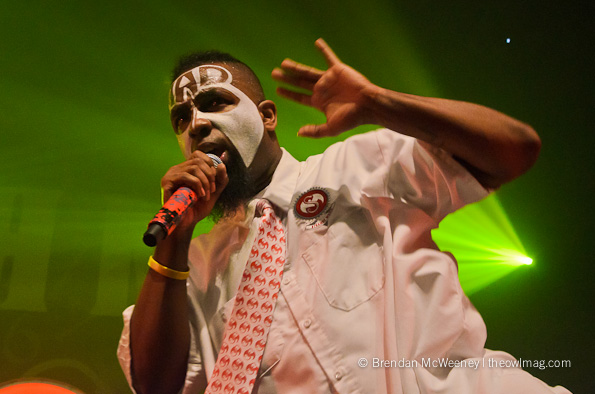 Lastly, his connection to Kaliko and Nicotina, and presumably the other artists signed to Strange Music, is one of obvious camaraderie and teamwork. Together, they performed tightly rehearsed synchronized robotic moves, played lyrical hot potato with choruses, and subtly supported one another without alienating the audience. True showmen, they made this performance one that was obviously for the fans while enjoying themselves in the process, no easy feat when your entire audience is completely stoned. 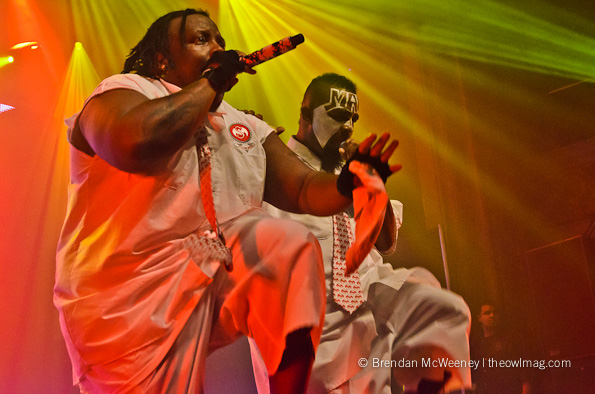 My one critique? I would have LOVED to see the entire show backed by a Southern brass band. That would have been epic.