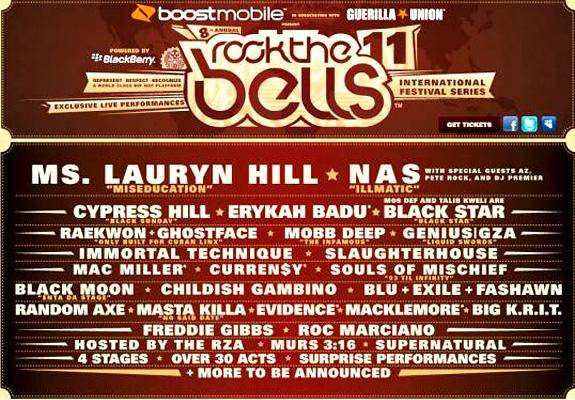 The second stop of the behemoth hip-hop super show touched down this past weekend in the Bay Area, with arguably the best hip-hop lineup ever constructed. The day was filled with sets from artists just making a name for themselves to titans of the industry. On paper the lineup is so good, that I had to check it several times for clarity. Not only was Nas going to do Illmatic and Mobb Deep performing The Infamous, but Ghostface Killah and Raekwon were doing Only Built 4 Cuban Linx. If you were/are a fan of ’90s New York hip-hop, it couldn’t get any better unless B.I.G. rose from the grave to perform Ready to Die. These three albums all hold up incredibly well to this day and it was going to be interesting to see how the artists handled the material nearly 20 years after the release date. Besides that, hot newcomers like Curren$y, Big K.R.I.T., and Mac Miller also would be doing their thing. It was really too good to be true.

First the bad news: My current favorite MC, Curren$y broke his ankle and required surgery at last week’s show in LA, taking him off of the tour. Next came the immediate realization to everyone at the show that the two side stages were positioned next to each other so unless you were as far away as possible from the “other stage,” it would be difficult not to hear both acts performing at the same time. Artists became frustrated by the set up and at one point the GZA (awesome set and performance of the Wu-Tang Clan classic Liquid Swords) joked that “If we get louder, they are going to get louder, so I need you to make some noise, damn it!” At other points, artists went over their allotted time, so you had a tug-of-war happening. Black Moon was not ready to cede the spotlight to newcomer Big K.R.I.T., and after a while K.R.I.T.’s DJ started the set. The sound quality suffered and some artists were more peeved and thrown off than others, but there was something cool about looking over and seeing who was getting a better crowd response. 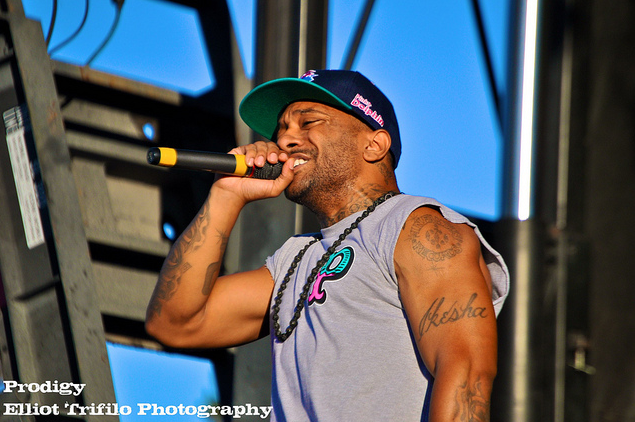 Now the good stuff, and there was lots of it: The show was incredibly well-organized with everyone on their best behavior. I have to think the melee at the Raiders-Niners game had something to do with the excess police presence. Lines were orderly and there were plenty of options for concessions. The weather was perfect and the artists seemed genuinely excited to be there. Big K.R.I.T. rocked the stage with the songs from his 2011 mixtape Return of 4Eva. Nas was the highlight, running through Illmatic first with producer DJ Premiere spinning. Because the album is relatively short by today’s standards Nas was able to get into “Made You Look” and “Got Yourself a Gun.” The place was packed for his set. I’ve never seen the Shoreline more live for any artist, and I’ve seen Radiohead, The Smashing Pumpkins, and the Beastie Boys all in their primes there. It was a love fest with Nas declaring “Y’all are making me feel like I’m home!” At one point he brought out fellow Queens Bridge natives, and former rivals Mobb Deep on stage for “Your Beef is Mine.”

The last time slot of the night was a tough choice for many with Lauryn Hill (supposedly) performing the Mis-Education of Lauren Hill, and Ghostface Killah and Raekwon performing Only Built 4 Cuban Linx. Both acts were late to the stage, so I decided to get started with Ghost and Rae. “Knuckleheads” and “Criminology” started the set and sounded awesome. The guys had so much energy and looked like they were having a blast going over the material that would make them famous. After a slight lull in their set, I went to see Lauryn Hill who got top billing for the show. I hung out there for about fifteen minutes, didn’t hear one song that I recognized and witnessed the biggest mid-set exodus I’ve ever seen. The music she was playing was bad and messy. There was a polarizing contrast between Ghost and Rae, who love their old material and recognize it as excellent, and Ms. Hill who seems determined to tarnish her legacy as a relevant musician by reinventing her good songs and making them bad songs. It’s puzzling and disappointing that she’s lost her ear for good music. I immediately raced back over to see Ghost and Raekwon and by this point they had more Wu members onstage including Inspecktah Deck. They played many of their best songs over their 17 year career and it served as the best kind of reunion for the fans and the artists alike. 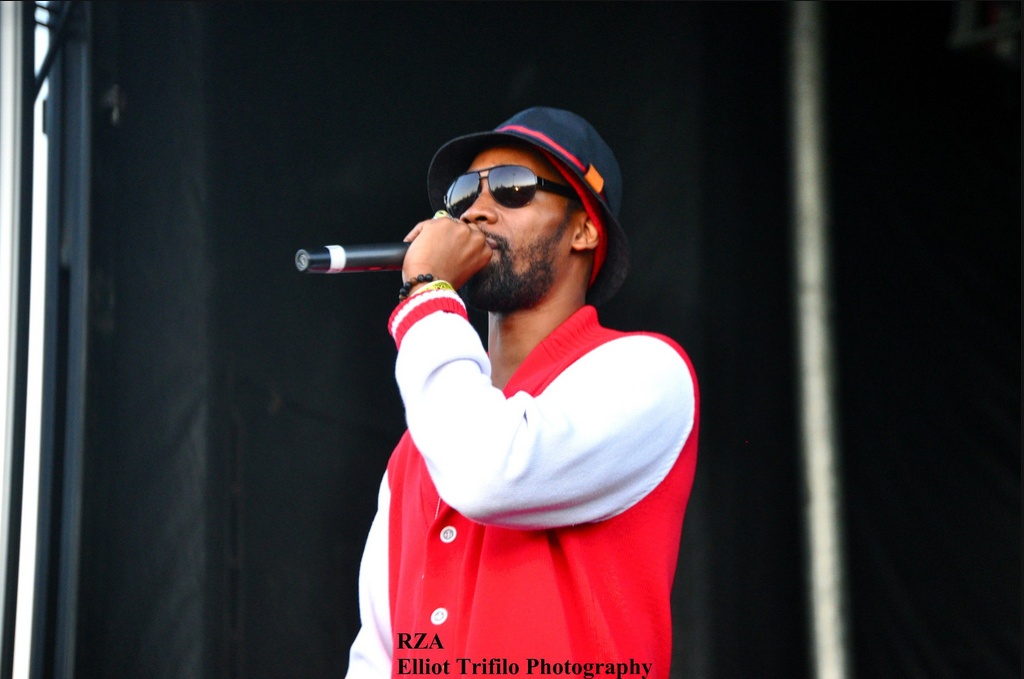