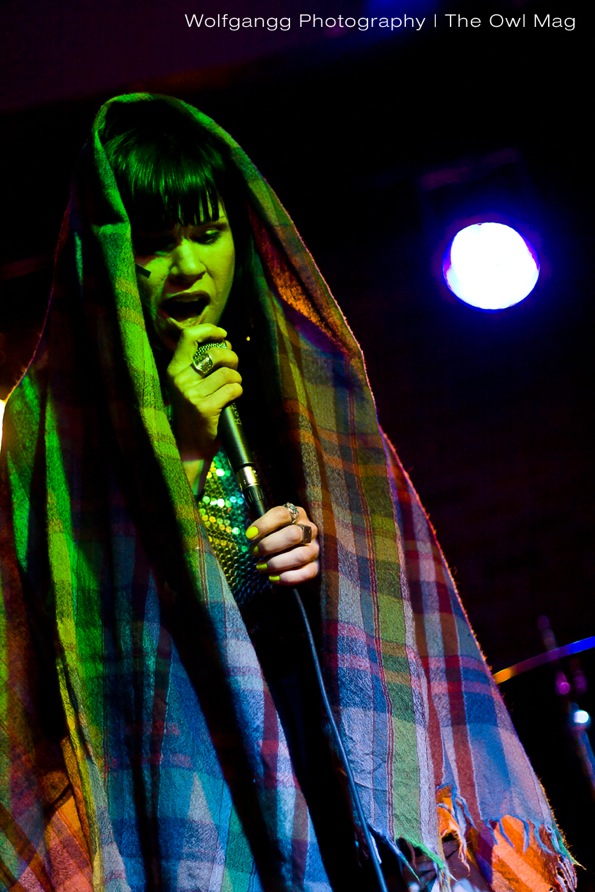 Metal Mother
Metal Mother mastermind Tara Tati commanded the stage in a sequined top, black hot pants, warpaint, and super shredded tights. She mesmerized the audience, dancing and marching to the steady thump-thump of tribal drum beats like a sexy warrior princess. “She’s got, like, the best stage presence,” I overheard one dude say to another between songs. Though the band contributed chilling keyboard melodies haunting vocal harmonies, it was hard to take our eyes off Tati. She draped herself in a plaid scarf for a spooky rendition of “In The Bones,” had us howling along like coyotes during “Willow,” and was hopping around in a NSFW lace leotard by the end of their set. It’s hard to believe this was one of the first live performances for this burgeoning Oakland band, who just released their first full-length, Bonfire Diaries. 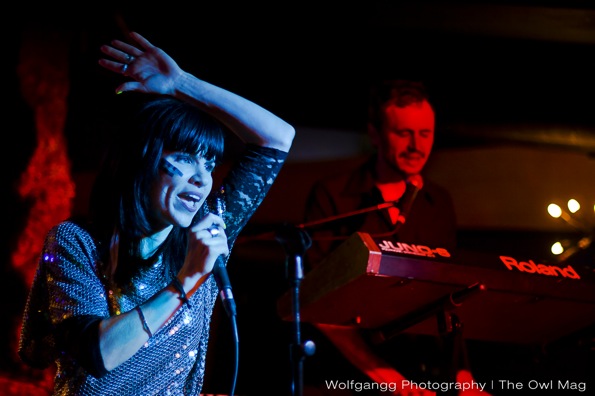 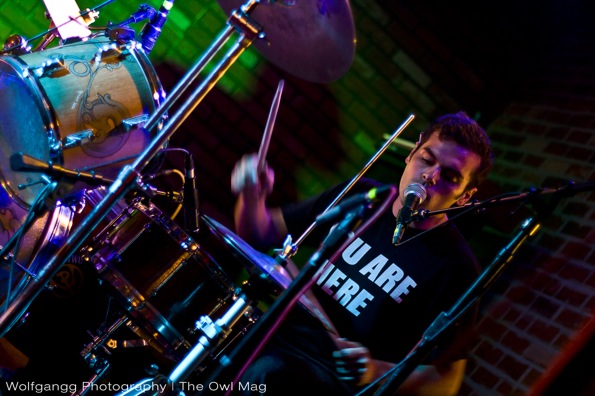 Religious Girls
As soon as Religious Girls took to the stage, my jaw literally dropped. Nick seemed to channel the devil as he pounded feverishly on drums. Likewise, Chris played the shit out of the keyboards, bouncing around with his tongue hanging out; at one point even busting a key. Guy brought it all together, tackling both instruments like a boss. I immediately recognized why I’d heard nothing short of amazing, glowing reviews of this band. Their sound was at once exotic and thrashy. Their dynamic set was an intoxicating blend of playful, melodic bursts and explosive fits of noise. So what if their songs don’t have words? That didn’t stop fans from singing along as the band communicated with them in primal shouts and chants that transcended language entirely. Occasionally, Chris stood on his toes and emitted a fearsome growl like a wild jungle cat as we looked on in awe. These guys delivered one hell of a performance that ended all too soon. Seriously, they killed it. If you get a chance to catch one of their upcoming shows, don’t pass it up. Religious Girls will make you a believer. 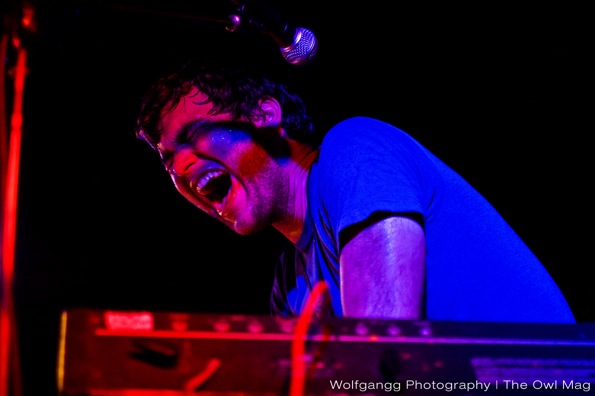 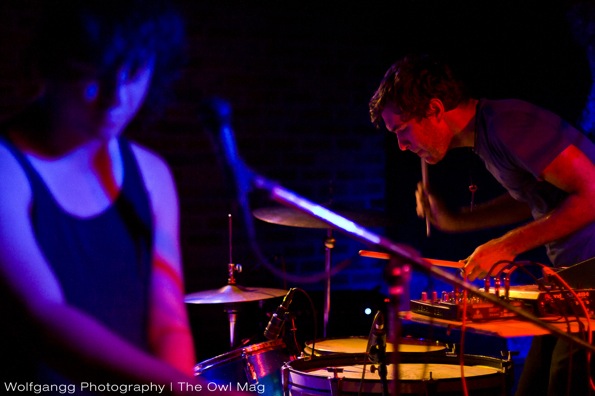 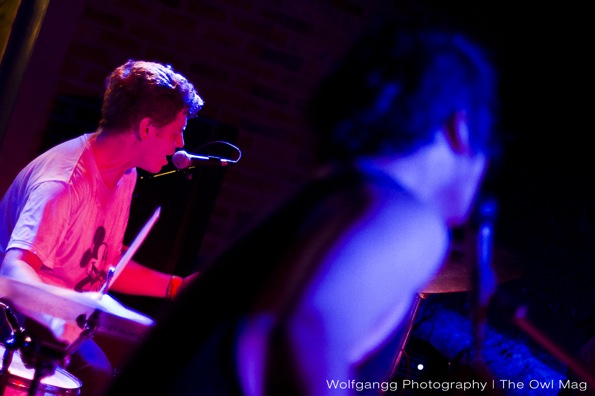