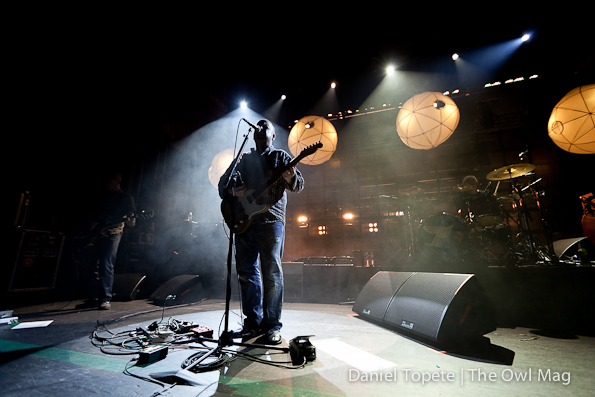 Alternative rock icons from the ’80s, the Pixies, killed it at the Santa Cruz Civic Audititorium. The set was nothing short of an event: the Doolittle World Tour has seen the band performing its 1989 masterpiece front to back to rapturous sold-out crowds. This was the last show of the last leg, and it was undoubtedly one of the indie-rock parties of the year. 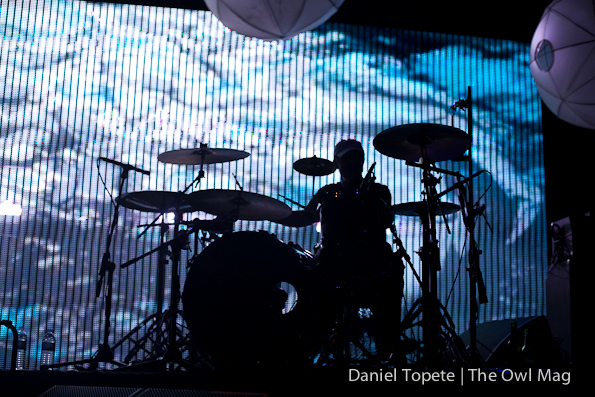 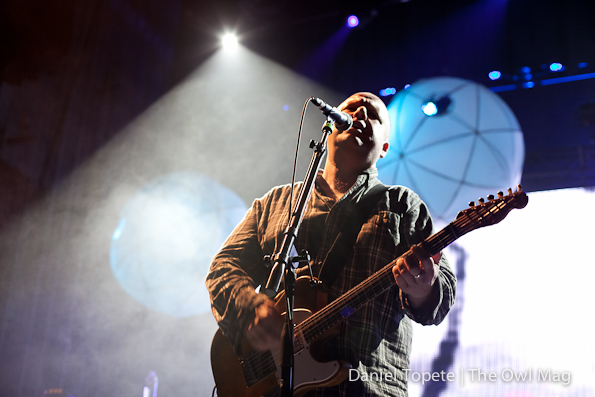 The Santa Cruz Civic Auditorium is a stately venue; located in downtown SC, the inside looks like a cross between a high school gym and a community college theatre (in the best possible way). This isn’t any other venue… but then again this wasn’t any other show. And this definitely wasn’t any other album: The thematic emphasis on Doolittle became apparent when vocalist/guitarist Frank Black, guitarist Joey Santiago, drummer David Lovering and bassist/co-vocalist Kim Deal (still looking every bit the alterna-babe of yesteryear at 50) walked onstage and launched into a tight frenzy of Doolittle-era B-sides. “Dancing the Manta Ray”, “Weird At My School”, and “Bailey’s Walk” were frenetic jolts of the surrealist power-pop the band is famed for, and it was indicative of the quality of this band’s most beloved period. In other words, if their B-sides were eliciting the reaction, you knew you weren’t going to be disappointed with the set. 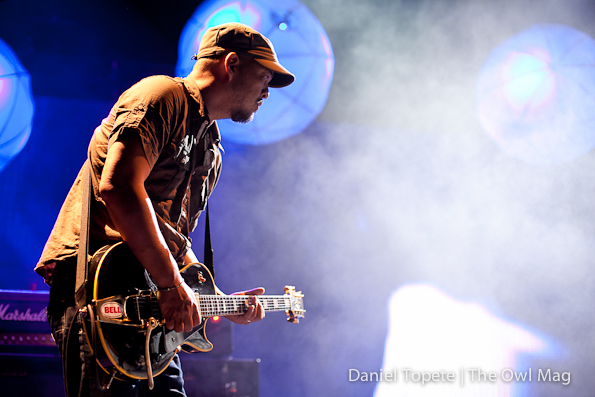 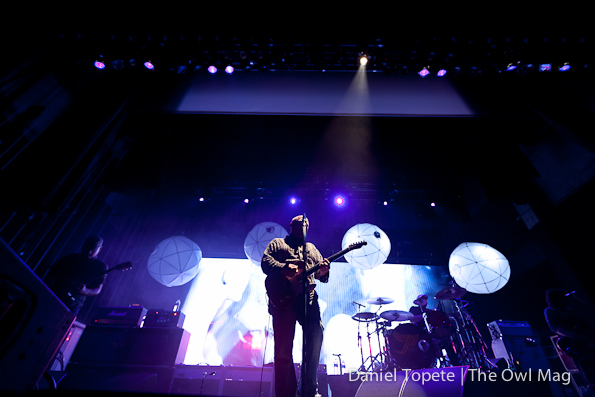 Accentuating the atmosphere in the songs was the impressive stage production; a massive backdrop video screen displayed everything from clips of Luis Bunuel’s classic surrealist short un Chien Andalou to blood dripping to hand-drawn animation. It was another tip-off to their complete control over their aesthetic and how they’ve been originals since day one. Once they swung into the songs from the album, the plot thickened. The opening chords of “Debaser” elicited a scream, and it was amazing to see fans young and old yelling along to every lyric with gusto. “Here Comes Your Man” (now rendered evergreen because of 500 Days of Summer) was a dazzling reminder that very few have managed to combine noise with sweet pop hooks with some remarkable consistency. In addition, a hilarious rendition of “La La Love You” found Lovering singing and dedicating it to “all the ladies in Santa Cruz” (as you could imagine, the response was deafening). 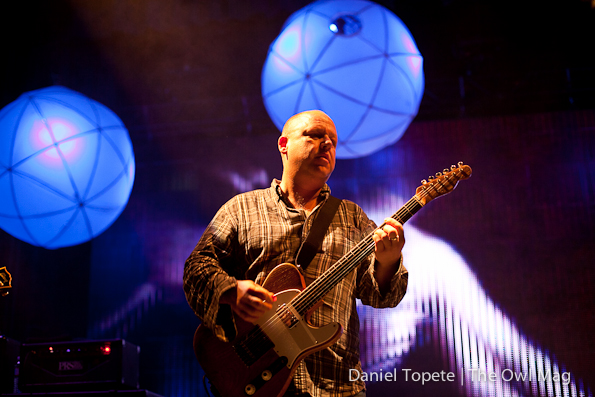 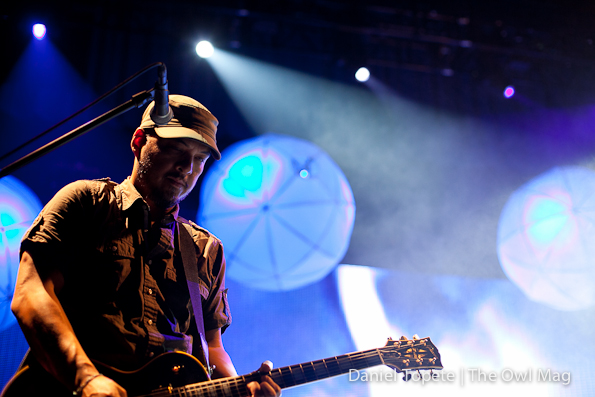 Certain songs hit with deadly accuracy: Black’s screams during “Tame” made my jaw drop (if only because it matches the intensity of his late-80s incarnation), and during “Monkey Gone To Heaven”, the bridge that ominously intones “If man is five, man is five/And if the Devil is six, the Devil is six/THEN GOD IS SEVEN!!” found some dude in a Husker Du T-shirt screaming himself hoarse. That monkey gone to Heaven? It was me. Elsewhere, Santiago pulled the jackhammer riffs propelling the songs with ease and Lovering was a whirling dervish on the kit. Much love must be shown to Ms. Deal; with her adorable smile, her inviting stage presence (she was drenched in sweat by halfway through the set) and her note-perfect vocals (“I Bleed” was nothing short of beastly), she proved that she’s always been a motor behind some of their best work. (Crush alert: Ms. Deal, if you’re reading this, and if you are ever in the Central Valley of California, In-N-Out on me, yeah?) The encores were nothing but icing on the (already pretty fucking delicious) cake. 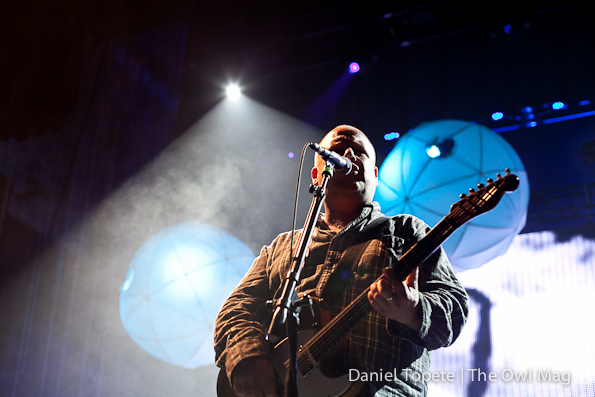 If they had ended after the album, it still would’ve been one of the best shows of the year… but it didn’t. They returned to the stage which was soon engulfed in smoke during a delirious “Into the White”. For pure college-rock manna, though, nothing topped their closing stretch: a smattering of classics, the kind of songs that were traded on mixtapes and college radio playlists. “Vamos” sizzled and “Nimrod’s Son” found hundreds yelling along with Francis’ yelp of “YOU ARE THE SON OF A MOTHERFUCKER!” The closing one-two punch of “Where Is My Mind?” and “Gigantic” had a mosh pit erupt. It was an appropriately anarchic and fun way to end an undoubtedly amazing tour. 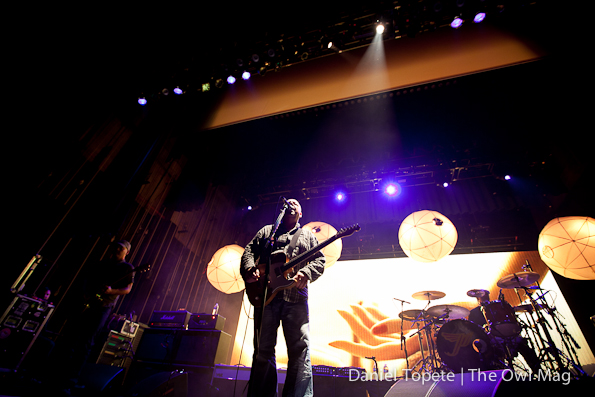 When I was about 14, I ordered Doolittle from a CD club (remember those?). I’ve never looked at music the same way since. It is a great privilege that the Pixies are still active and playing shows. As long as people are devoted to “indie rock”, there will be an audience for them. Twenty years after the Pixies’ music was first adored, it still is. And they’re still around to play it. Bless ’em.