This past Saturday afternoon San Francisco experienced its first ever Noisette, an event merging indie bands, DJ sets, and gourmet food from various upscale local restaurants. Put on by Noise Pop and Finger On The Pulse at the Mission’s Public Works, the show mixed hipster elite with ravenous foodies. Nine different restaurants participated and the $60 GA ticket included a tasting platter from each, so there wasn’t a chance of anyone leaving hungry. Notable restaurants that we sampled from (though we’re no food critic and am going purely off of the delicious factor) were Flour + Water (carta di musica with rabbit and peach mostarda), Beast And The Hare (pork po’boy with pickled watermelon slaw), and especially The Monk’s Kettle (smoked rib-eye, burnt ends and beans, pickled corn slaw). 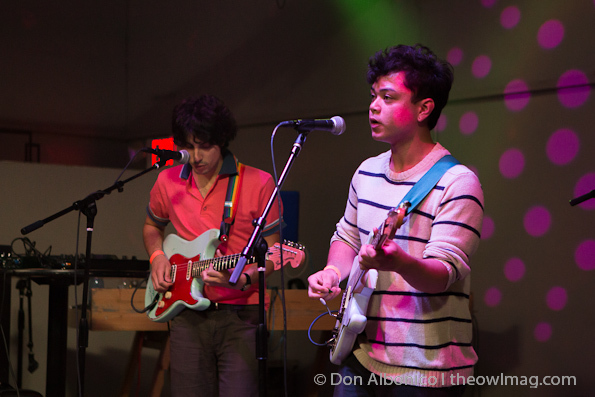 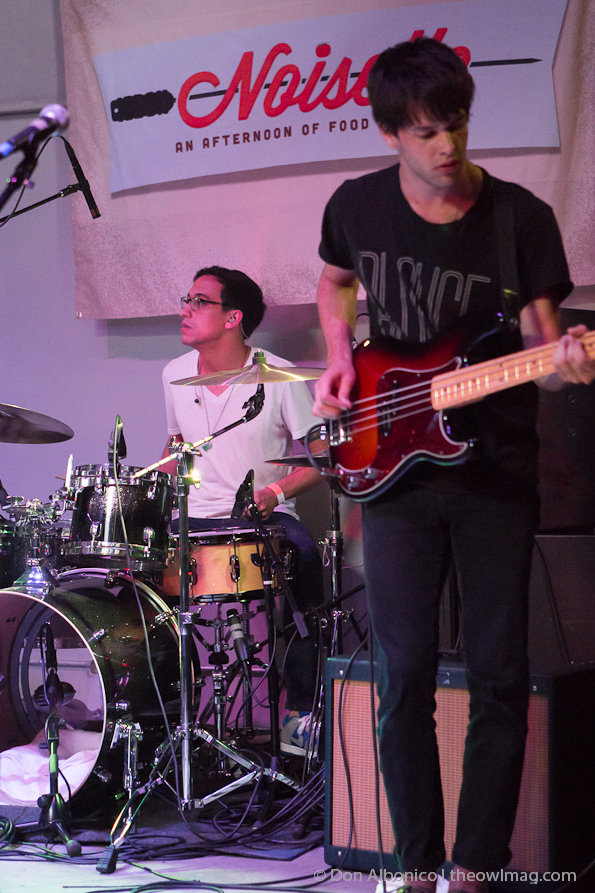 Now onto the music. Craft Spells, a lo-fi bedroom project fronted by the adorable Justin Vallesteros, admirably made the tasting fanatics stop munching and wander to the stage. Their ’11 debut Idle Labor was passively lovelorn and rooted in ’80s pop melodies that fit in with The Smiths or New Order. Though the live vocals didn’t have the same swirling distorted effect as their recordings, their damn cute stage presence made up for it. 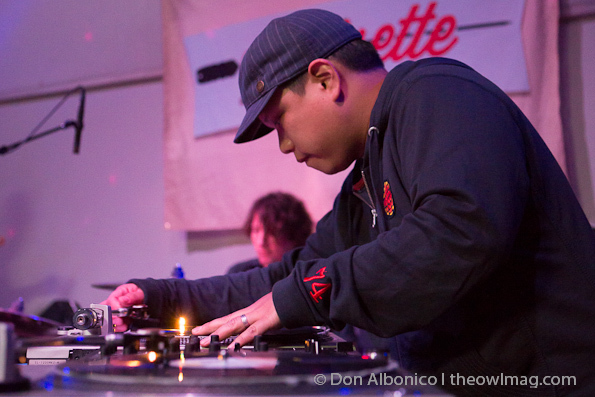 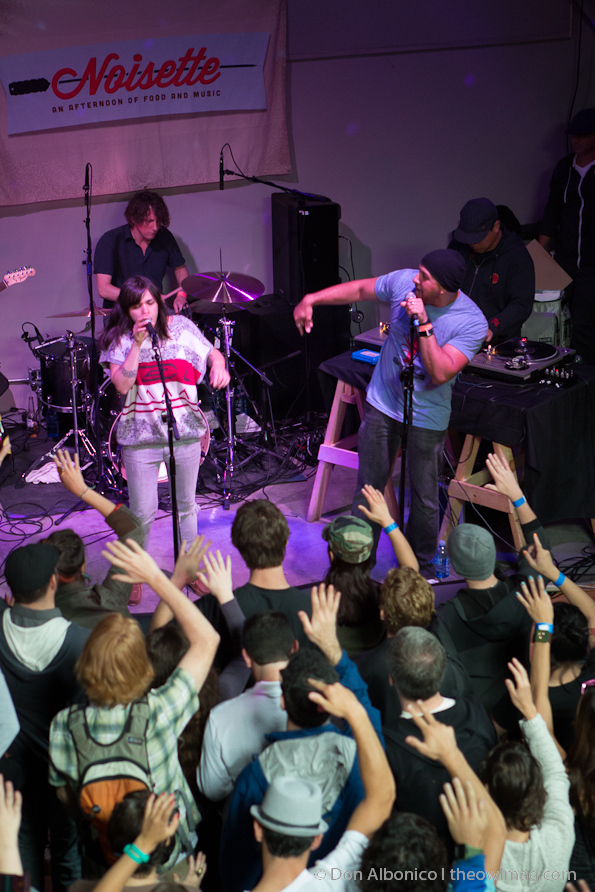 The wild card of the afternoon was Pillowfight, a collaboration between Dan The Automator and Emily Wells with Kid Koala DJing and Lateef The Truthspeaker on assist. Emily Wells is an emerging violinist with one of the sultriest voices you’ll ever hear, while Dan The Automator is an established hip-hop producer working on projects like Deltron 3030 and Gorillaz‘s debut album. The combination was beautifully static causing all of the females on the dance floor to shimmy and shake to Wells’ dark melodies. Per Dan The Automator, Pillowfight‘s first album should be out sometime this year. 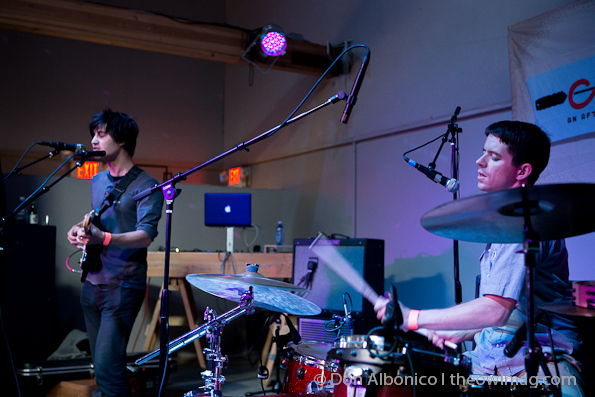 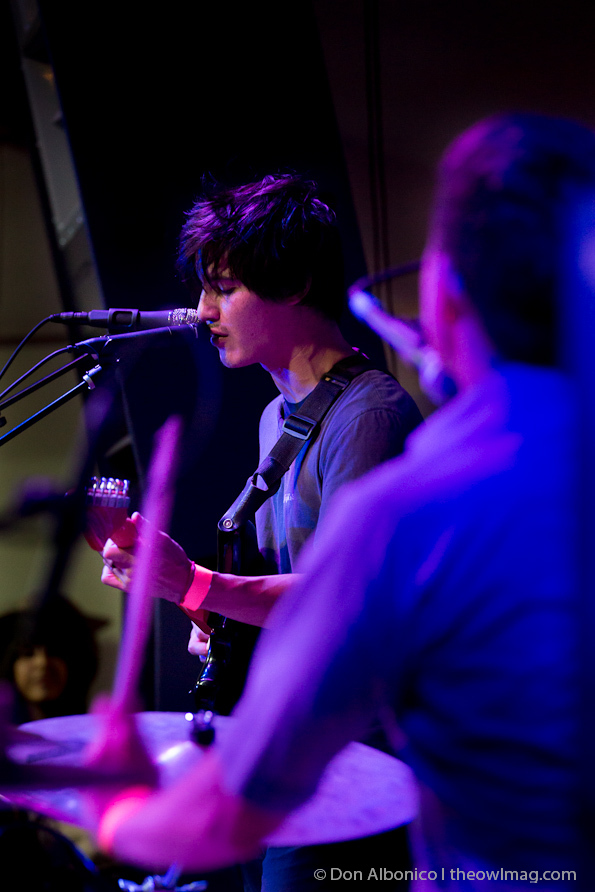 Lately duo-bands have been making a helluva lot of noise (Beach House, Japandroids), and The Dodos were no different. They created an on-stage noise and presence that was so strong we kept glancing about for more members. Known for their melodic fusing of folk and metal, the band played a smattering of songs off of their latest 2011 album, No Color.

We left stuffed, tipsy ($4 Speakeasy IPAs!), and with ecstatic ears. Hopefully this becomes an annual event because we highly recommend Noisette to all Bay Area Owl readers.