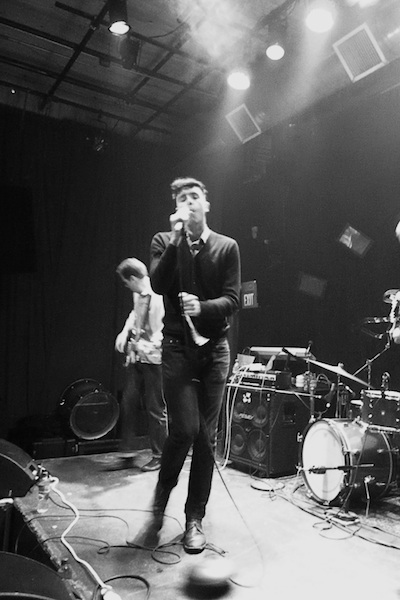 Was Friday night ever one hell of a dance party at Rickshaw Stop?! Swedish band The Concretes headlined an all ages Noise Pop foot frenzy, kicking off their U.S. tour in San Francisco. With the rock solid local bands jump-starting the night, we had to check it out.

L.A.’s Psychic Friend took the stage with an unassuming demeanor in one of their first-ever shows as a band, kind of fumbling with some equipment. Despite that once they started playing, driven by the mean precision of Pat Schemel (formerly of Hole) on drums, they charmed our hearts with such simple and earnest pop music. Lead singer and keyboardist Will Schwartz, formerly from San Francisco, had moves easily seen from Pretty in Pink‘s Duckie as he delivered the best song of their set: the infectious “Once A Servant.” Oh oh!

Not ones to let down that energy ushered in by Psychic Friend, one of our favorite local groups Magic Bullets sauntered on stage, but as soon as the music began, this five-man outfit fronted by Phil Benson and his frenzied Fraggle-styled dancing were just electrifying. The past couple of years has added a little polish to these guys, yet Magic Bullets uses lyrics that would woo a gramophile and 80s new wave influence to catch you in their grip with their barely controlled chaos. 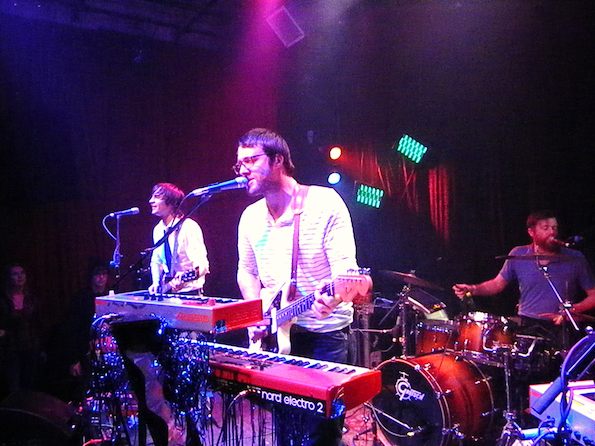 Birds & Batteries is easily one of the best San Francisco bands to watch: Mike Sempert is a true and thoughtful craftsman when it comes to his music. Sempert’s steady vocals easily cut through each song, a common thread in a sea of distinctly different genres of music and references. The set began like a slow burn with the honky-tonk-tinged “Strange Kind of Mirror,” while their playful cover of The Who‘s “Squeeze Box” was like a sly grin telling us we had no idea what was in store for the rest of the evening. Sempert had an easy banter with the audience, telling us, “We’re stoked. If you can’t tell, it’s out of shyness.” Jill Heinke killed on the synthesizer during “Lonely Guns,” which, if forced to choose, we’d call our favorite song of the evening.