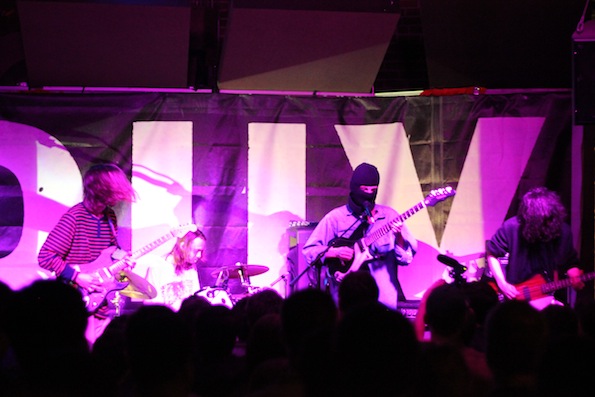 The band that formed based on a shared zodiac sign, some acid, and a love for Nirvana, sold out two back to back shows at the intimate Brick and Mortar Music Hall for SF’s increasingly popular Noise Pop

DIIV‘s accent into mass critical acclaim feels organic and real. Their debut album Oshin is one of the best “grower” albums in recent memory, and one of The Owl’s favorite records of 2012 (case and point, six contributors from this fine website bought tickets to check out the boys from Brooklyn). 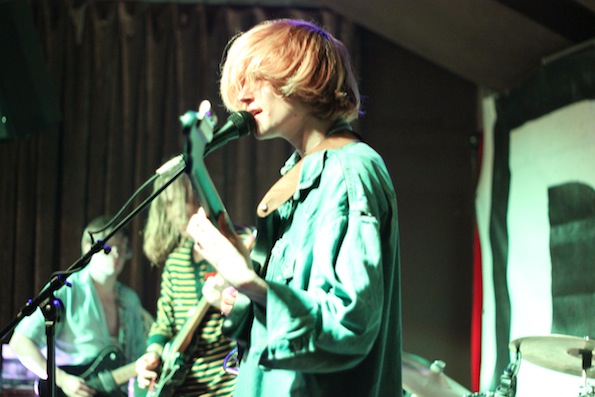 They started the set with “(Druun)” before breaking into “Past Lives” which sounded as flawless of a segueway as it does on the album. Zachary Cole Smith wore a XXXL jean shirt, and he’s closer to a medium. He bounced around the stage with his floppy blond hair and had the crowd in a zen-like trance for the majority of the night. 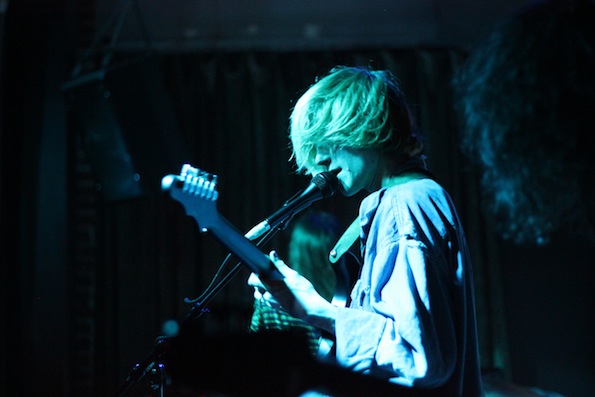 Oshin comes across almost monotone on the first few listens, but for those that dig in, it blossoms into this melodic, noisy, tense, and compelling record. It’s rewarding in the best kind of way music can be. We listened to it on repeat for three months. No band right now (besides maybe Matt Mondanile of Real Estate) can make a guitar sound as liquid and shiny.

We saw DIIV open for Frankie Rose at the same venue a year ago, and the constant touring and acclaim has the guys playing sharp and more confident now. “How Long Have You Known” featured shimmery guitars and a bass line that kept the audience’s head bobbing. “Wait” was both dreamy and driving. “Sometime” was as light and airy as “Oshin” was heavy and narcotic. The band exited and returned quickly to some rowdy applause to play the epic “Doused.” We doubt that we’ll enjoy the performance of any song, at any show, the rest of the year, as much as we loved “Doused” on Saturday night. If the crowd was in a mellow trance before, the tone change and immediacy of song blew up and had the crowd jumping into each other. It was a great set from a great band. We can’t wait to see what they do next. 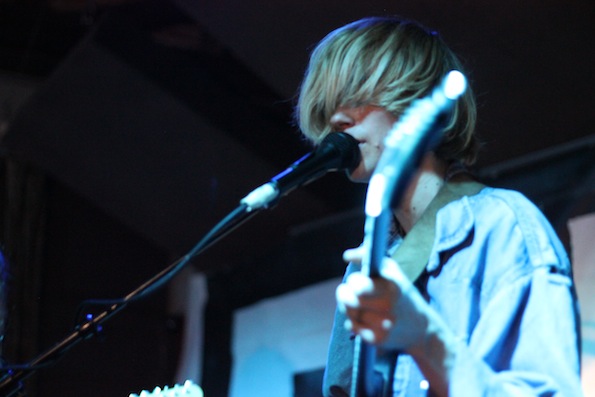