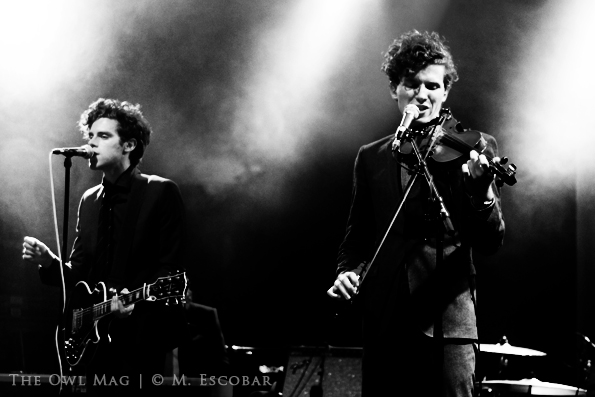 Anyone in the audience not paying attention when Bahamas (Alfie Jurvanan) took the stage to open for Noah and the Whale, certainly snapped their necks up when he started playing. Bahamas’ charismatic stage presence instantly engaged the crowd. His set included “It’s OK, It’s Alright” and “Hockey Teeth” saving the obvious fan favorite “Whole Wide World” for last. Despite the bare bones instrumentation, this performance was memorable, especially after the unorthodox exit of the band going behind the curtain, waving to the audience, while still playing the song in a fade. 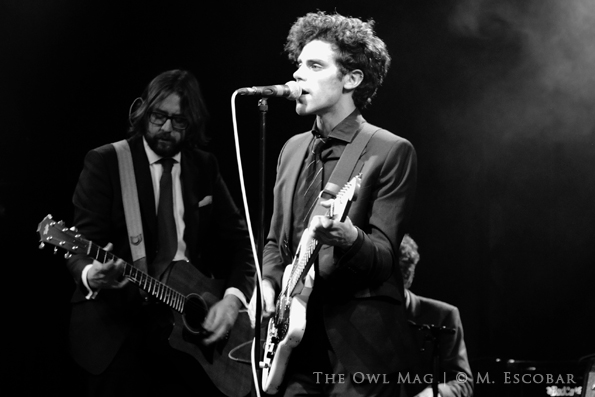 Noah and the Whale continued the momentum by launching into the first three songs of their set with all the bells and whistles, including a knock your socks off strobe light demo. With the whole band dressed to the nines in suits and ties they rocked the (in the words of frontman, Charlie Fink) “romantic” first half of their set to a wholly receptive audience. 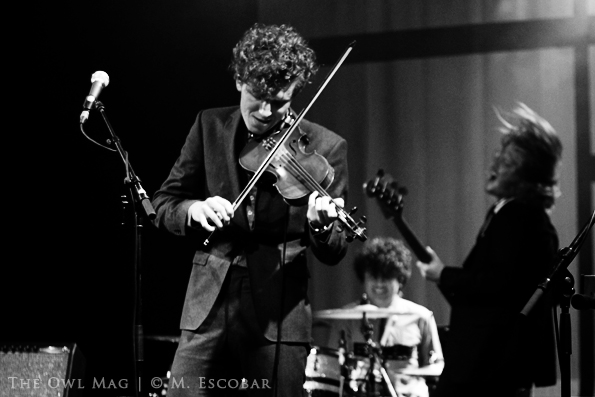 Next up was the “high energy” part of the show which somehow included “First Days of Spring.” While this song didn’t have a lot of dance energy, it did have a lot of emotional power which could be considered high energy, too, right? They played a solid mix of great songs from all three Noah and the Whale albums in the 70+ minute set. 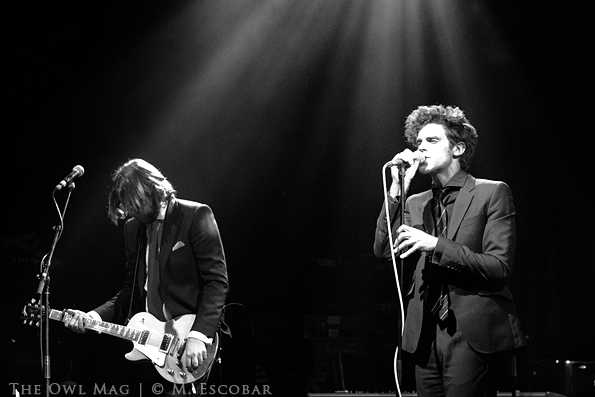 The biggest audience reaction went to “5 Years Time” (will somebody please get Zooey Deschanel to collaborate with them on this song already?) until the encore. With all their English courtesy they didn’t make their fans wait long for them to come back to the stage. 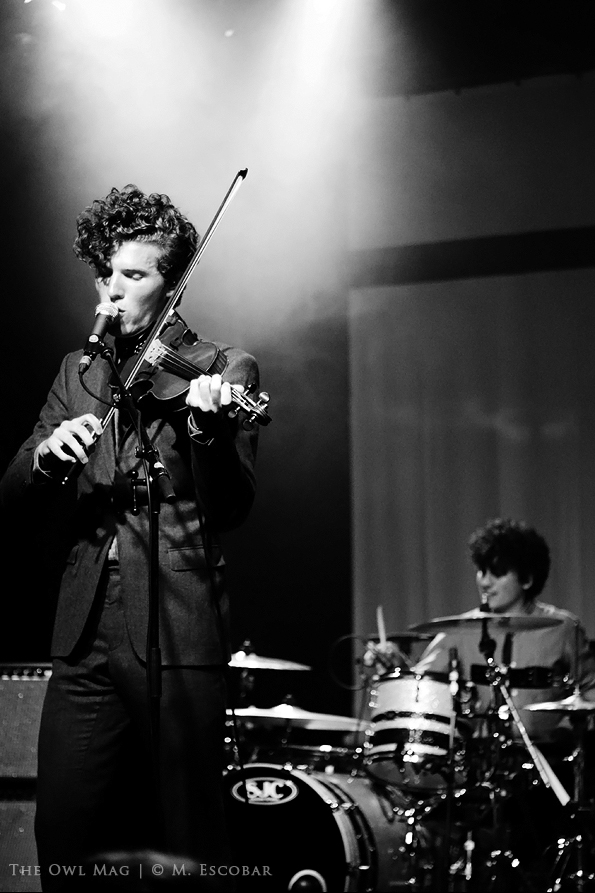 They played a beautiful rendition of “Old Joy” and then the moment we were all waiting for: “L.I.F.E.G.O.E.S.O.N.” It was the beautiful bow on the pretty package that Noah and the Whale bestowed upon us that night.

~Setlist~
Give A Little Love
Just me Before We Met
Blue Skies
Give It All Back
Love of an Orchestra
Life is Life
Jocasta
The Line
My Door is Always Open
Wild Thing
Rocks and Daggers
Waiting For My Chance To Come
Shape of my Heart
5 Years Time
Tonight’s The Kind of Night
The First Days of Spring
Encore:
Old Joy
L.I.F.E.G.O.E.S.O.N.