Neil Gaiman: he is to our generation for fantasy what Ray Bradbury was for science fiction. Nothing short of prolific, he has even authored a biography of Duran Duran’s early years. Penning gothic dreamscapes in comics and novels, he is most famed for writing for the DC comic Sandman, the novels American Gods and Neverwhere, and the illustrated children’s book Coraline. 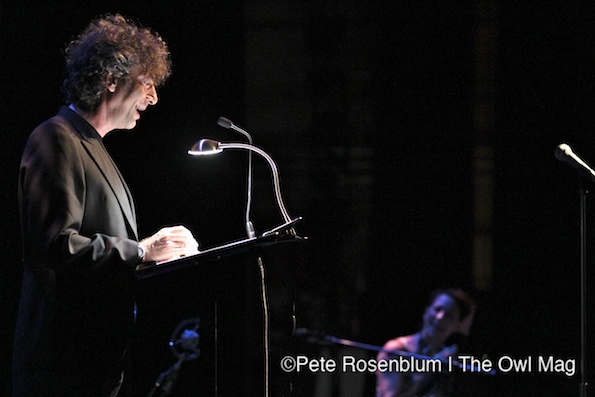 Now he’s married to Amanda Palmer, the lead singer/lyricist for duo The Dresden Dolls, whose song “Coin-Operated Boy” was featured in an episode of Weeds. After accruing a cult following of the outcasts and misunderstood, she went solo in 2008 with her album Who Killed Amanda Palmer. Both artists’ strength lays in spelunking the dark recesses of the mind, their efforts simultaneously uncomfortable and endearing. 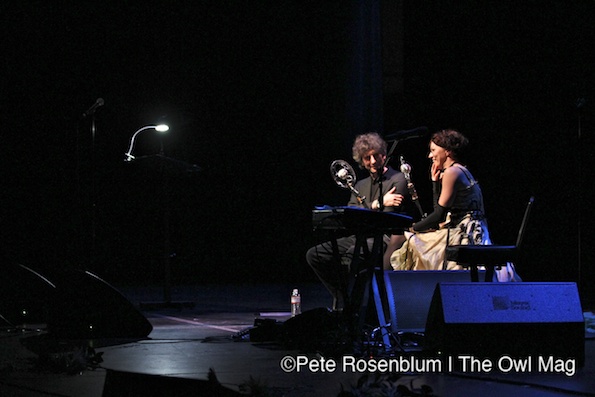 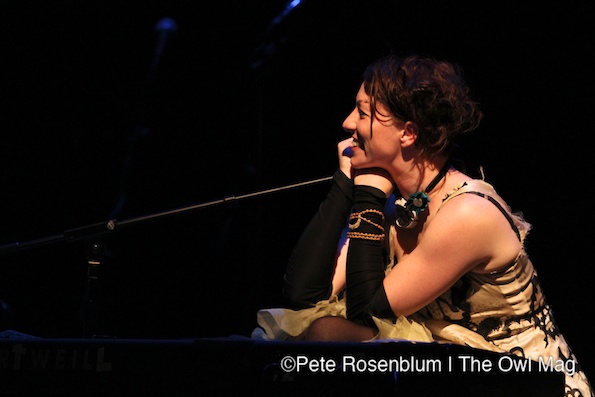 This fall they’ve decided to test their newlywed enthusiasm by touring together. Unsurprisingly, their theatrics concocted a mesmerizing night of unrestrained creativity. The crowd giggled at every sardonic joke or slapstick antic, breathless with fangirl/fanboy glee. Palmer christened her ukulele with its first performance, calling the SF show its “cherry-popping gig.” She was on-stage in a gorgeous white and black gown, strumming along to songs about her family home being sold and the plight of the music industry in “Gaga, Palmer, Madonna: A Polemic.” Then she jumped on the keyboard to play the edge-of-sanity favorites, “Missed Me,” “Half Jack,” and “Modern Moonlight.” 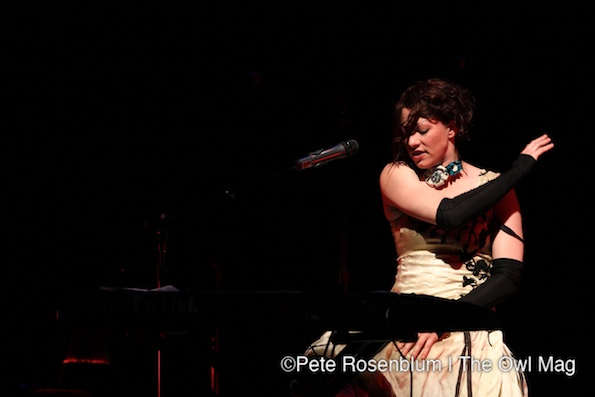 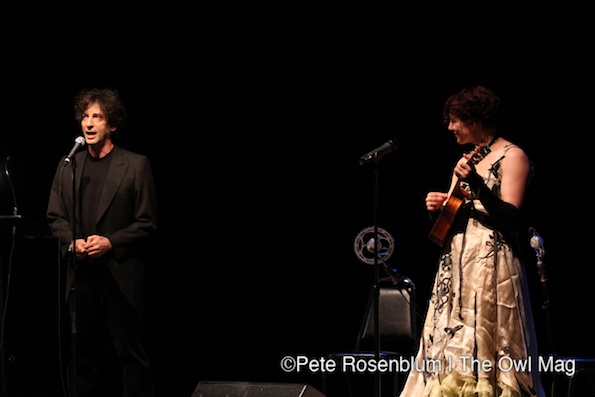 In between her performances Gaiman would walk up to the podium to read poetry and short stories. His British accent and crazed mad scientist hair flowed with old-world charm as he told the story of his magical bachelor party (sushi, wine, and women… however, the “brothel” he was brought to housed women who recited poetry and kept their clothes on.) Gaiman is a hopeless romantic, as much of his poetry bared. His favorite poem “The Day The Saucers Came” described the apocalypse coming in waves of aliens and zombies, yet the protagonist doesn’t notice and only waits for their lover’s telephone call. 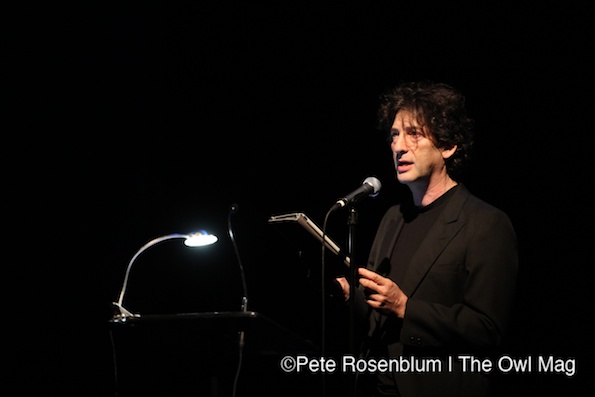 Amanda Palmer and Neil Gaiman onstage together is a wet dream for the nerdy/disenchanted. A night of erratic piano pounding and southern gothic imagery, I giggled along with everyone else. The two are in love and graciously sharing that dopamine-ecstasy with their fans.