To steal a line from my favorite author Bill Bryson, the best that can be said for an M83 concert “is that it gives you the sensation of a coma without the worry and inconvenience.” M83 and Active Child at Mezzanine was one of the most mind-numbingly boring concerts I’ve been to in months. Both bands lacked a serious element of spunk that is required to electrify a live musical performance. I have no experience with chillwave music, but there were several endearing factors during each set. 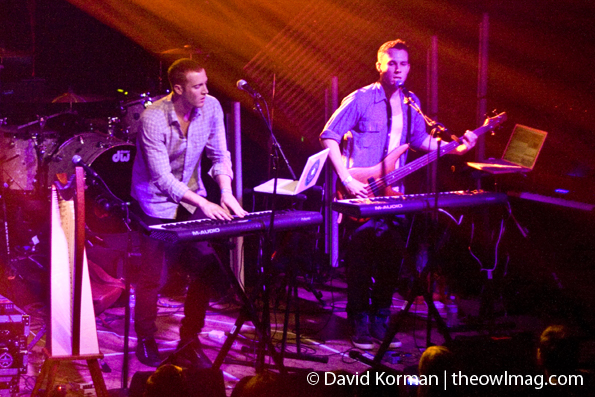 Active Child
Active Child plays the music that you’d expect to hear while playing an epic role-playing-game like Final Fantasy. Lead vocalist Pat Grossi sings in an operatic falsetto voice that is quite beautiful. In several songs, while vibrating his angelic throat-strings, Grossi plays harp too. This combination of a masculine-looking, ginger-headed, pale-skinned, creamy-voiced, harpist is perhaps the most lovable thing about Active Child. 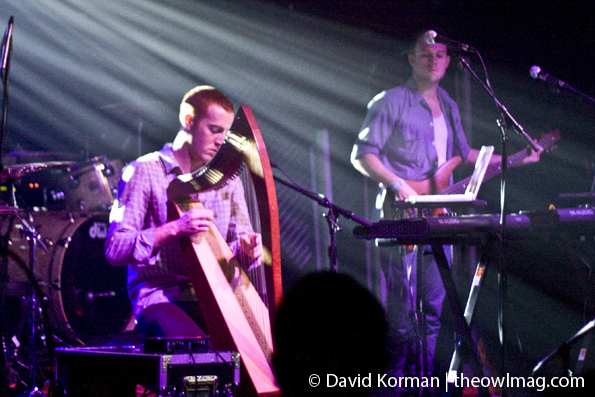 Active Child
The drummer seemed unnecessary. Since he was playing an electronic kit, they could have used previously recorded beats. The drummer’s presence took more away from the overall performance than it added. 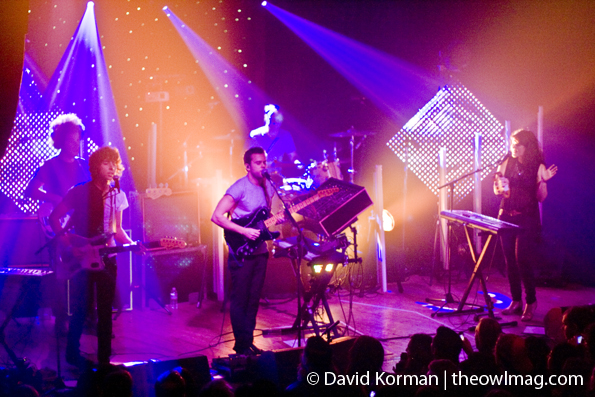 M83
Perhaps it was a lack of volume, though, that was responsible for draining Active Child’s set of anything really interesting; the visuals will stay with me for a while but the music came and went. I don’t recommend seeing them live, but the album Curtis Lane is certainly worth a listen. Pat Grossi should collaborate with Royksopp; that would be fantastic. 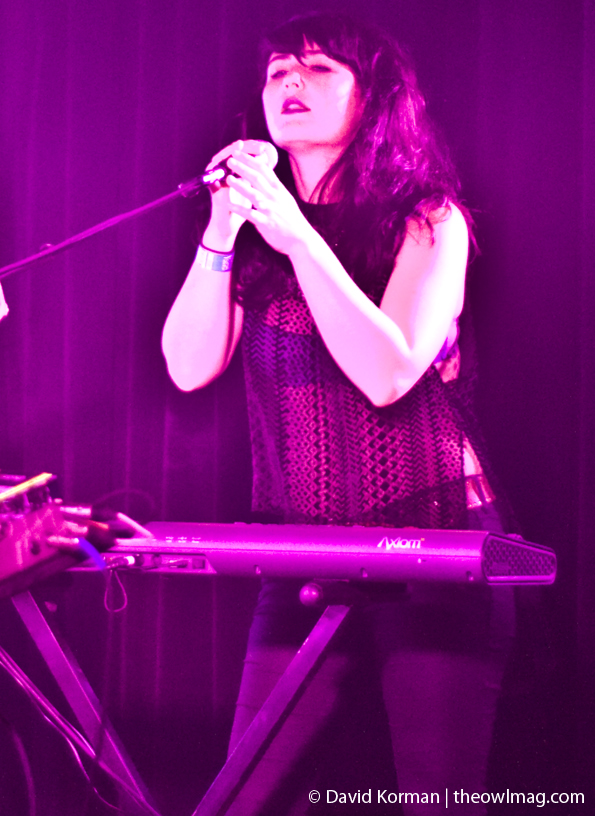 M83
M83’s set began with a silent introduction by the ant-eater-esque-alien-creature pictured on the cover of the band’s recent single “Midnight City.” The masked person walked to center stage, gestured to the crowd, and then walked away. Moments later M83 took the stage. The dreamy sound-scapes are synthesizer-based with some guitar support. Repetitive minimalist lyrics accompany the din, but in the club setting it was very hard to tune in and drop out to this sound. The records are mesmerizing, but I don’t recommend a ticket. 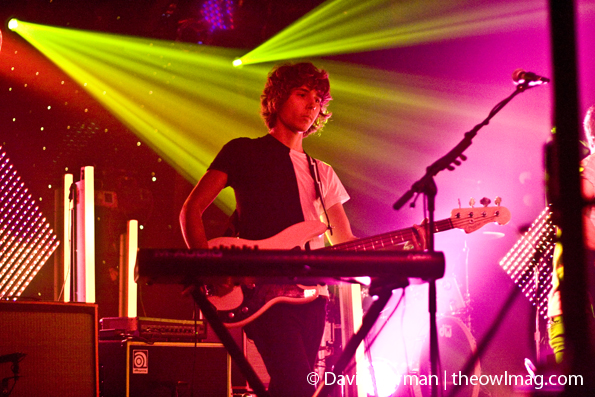 M83
Perhaps this lo-fi is best served on a home stereo while you cuddle your lover under warm down covers. M83 and Active Child make “fucking-music.” Hearing it in a club seems to rip the essence out of it.