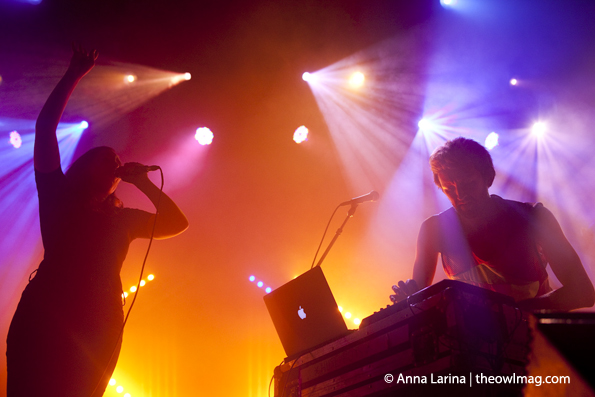 Less than a year ago, the Durham, North Carolina duo of Amelia Meath and Nick Sanborn released their first LP appropriately self-titled Sylvan Esso introducing themselves to the world. On Wednesday night, Meath and Sanborn found themselves on the iconic Fillmore stage playing night two of their sold out set of shows in the city by the bay. 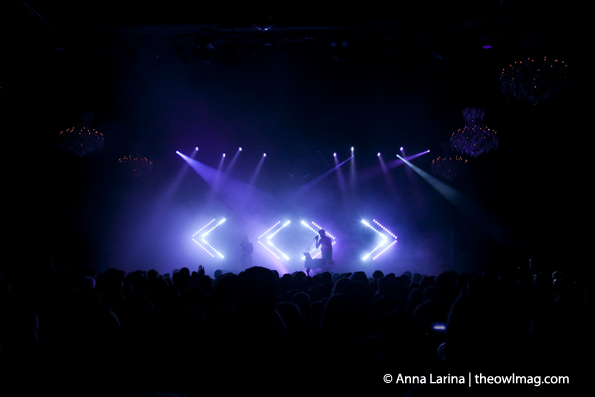 With the crowd tightly packed in, the dynamic duo took the stage, Sanborn clad in a colorful onesie jumpsuit and Meath donning some seriously sparkly platform sneaks. The vibe in the room sizzled as soon as the set started. A lot of that energy directly resulted from the apparent kinship between the pair – Meath feeding off Sanborn’s ridiculously catchy beats, Sanborn feeding off Meath’s amazing voice and hula-esque dance moves. 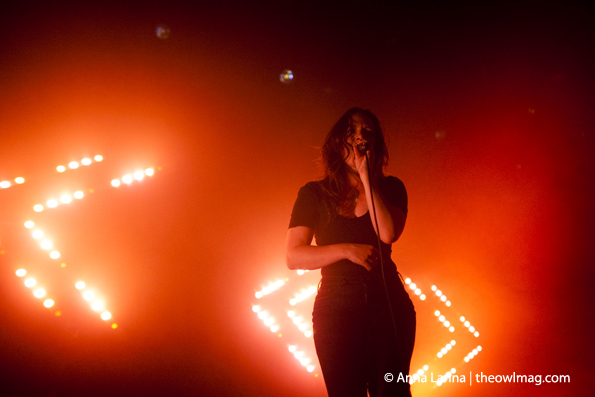 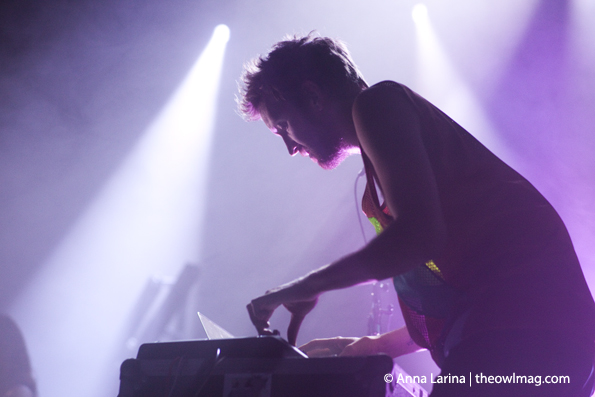 It can be difficult for headlining bands with one album under their belt to leave the crowd feeling like they got their money’s worth when the band’s catalog has a limited amount to choose from. Not the case for Sylvan Esso. Yes, they played almost every song on their 10-song debut, but also included a killer cover of “Sealine Woman” popularized by Nina Simone and played a few new tracks with some serious beat drops that made our head spin (in a good way). 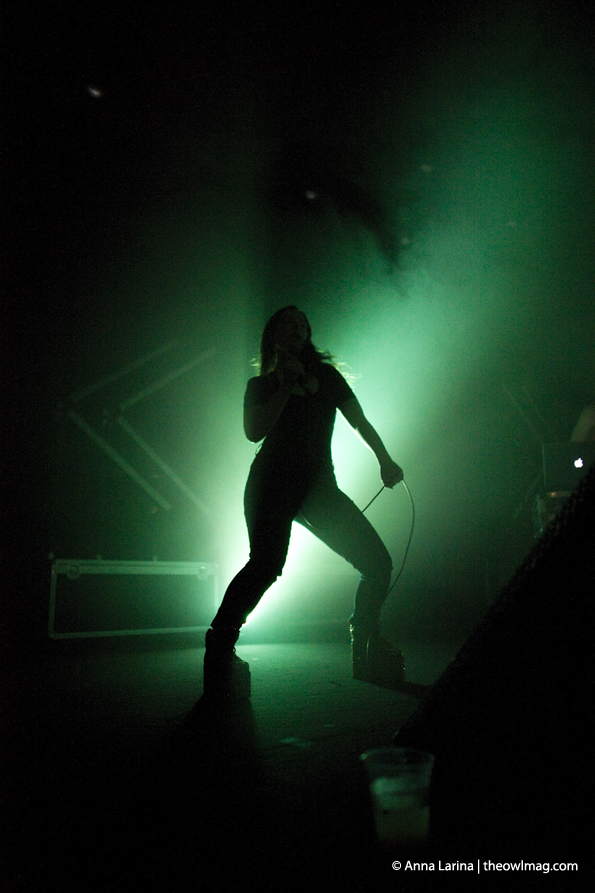 What we loved about this show was the very palpable sense of genuineness that emanated from the stage – from Meath’s uninhibited dancing, to Sanborn’s expression of not wanting the night to end (“Let’s make it a day that doesn’t exist yet. A day that comes after Saturday.”), back to Meath’s sincere gratitude for being able to tour and perform for the last six weeks. This band doesn’t know how to fake it and their fans know that and cherish them even more for it.