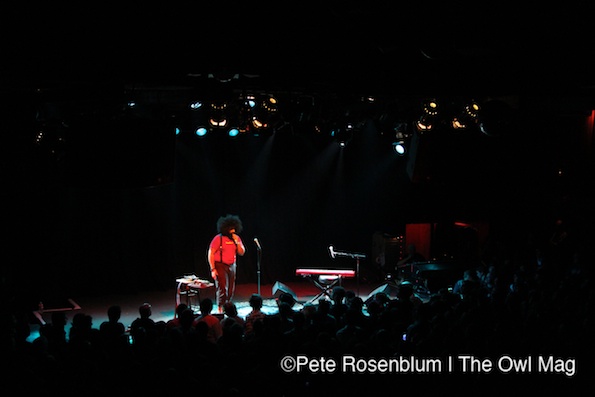 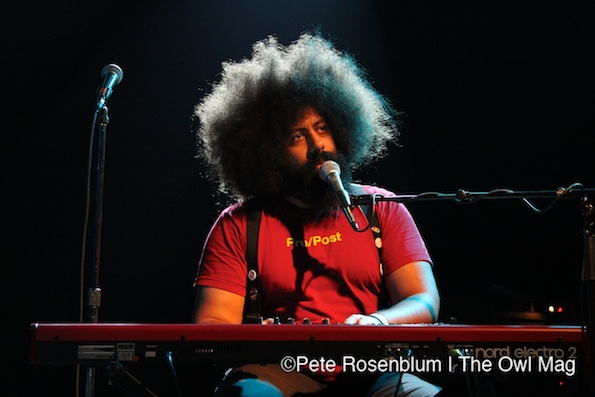 Let’s face it: the intersection of comedy and music is frequented by many a d-bag who excel in neither arena. Luckily, Wednesday night’s show at The Independent proved yet again that Reggie Watts is the musical-funnies reigning maestro. 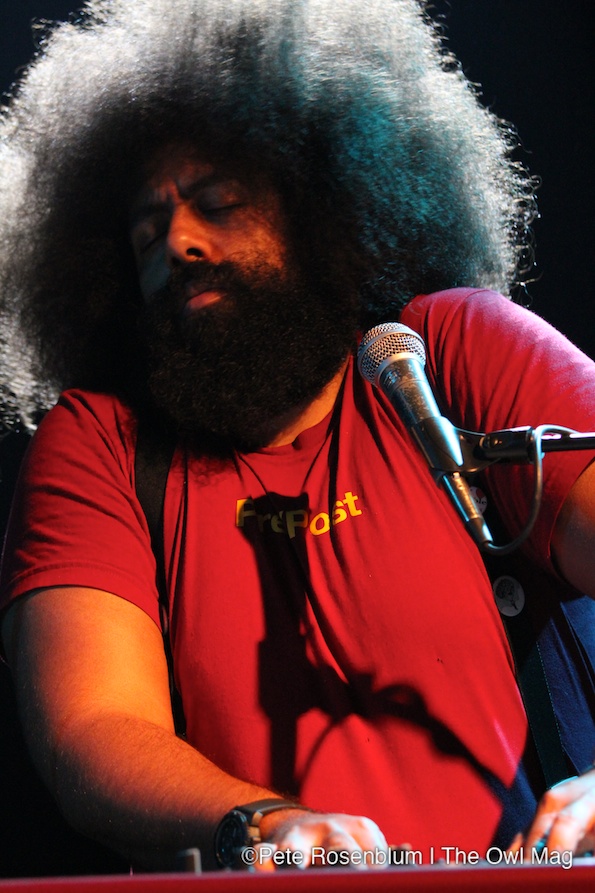 Hitting the stage with his afro-beard and suspenders, Watts grabbed the mic and took to the loop machine without introduction, beat-boxing his way through a smooth R&B-turned-reggaeton opener that quickly put the sold-out crowd into the palm of his hand. 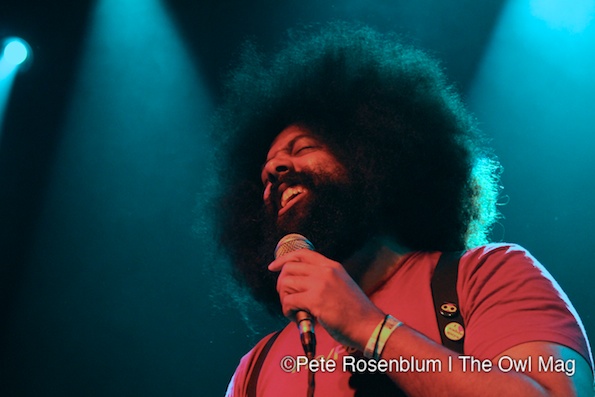 From there the songs spanned many genres, styles, and characters, all completely improvised before us with only the range and prowess of Watts’ signature vocals and some additional keys. It was hard to tell where the music ended and the stand-up began, like when scatting gibberish syllables of “boo-bleh” seamlessly transitioned into a stand-up diatribe on Michael Buble and the current state of popular music. (One of many favorite lines of the night: “If I had to choose between Lady GaGa and Lisa Loeb, I wouldn’t. In pop music we need more people who are, you know, ‘pretty good.'”) 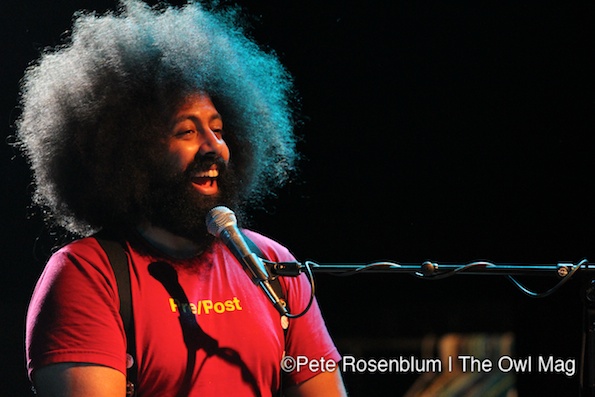 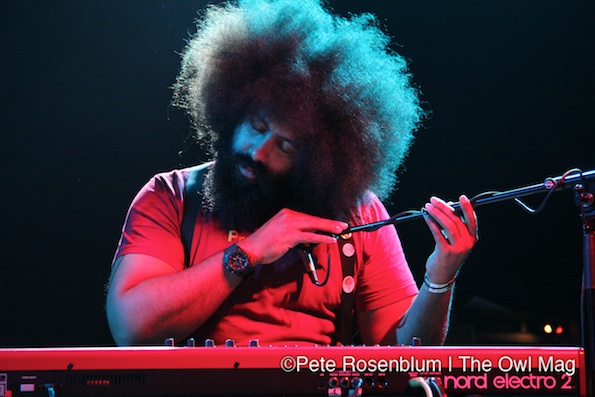 Watts is best known for his frequent appearances and tour alongside Conan O’Brien, and likely also for the song “Fuck Shit Stack,” but the genius of a Reggie Watts show is plentiful. His knowledge of music — from its culture, demonstrated in multiple character-driven monologues, to the actual melodic execution — is undeniable. It’s clear that it takes extraordinary talent to improvise across genre so accurately, even when lyrics turn to gibberish and non sequiturs. And that is, of course, commentary in and of itself — that Watts’ improvised singer-songwriter ditty on the practicality of a bikini car wash sounds better than 99% of what’s on the radio right now. Watts is indeed a whole helluvalot better than “pretty good.” 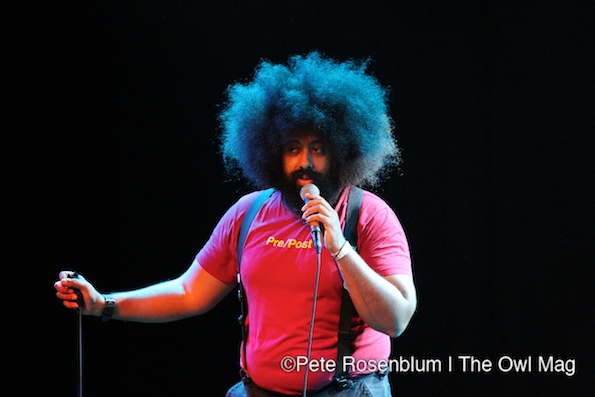 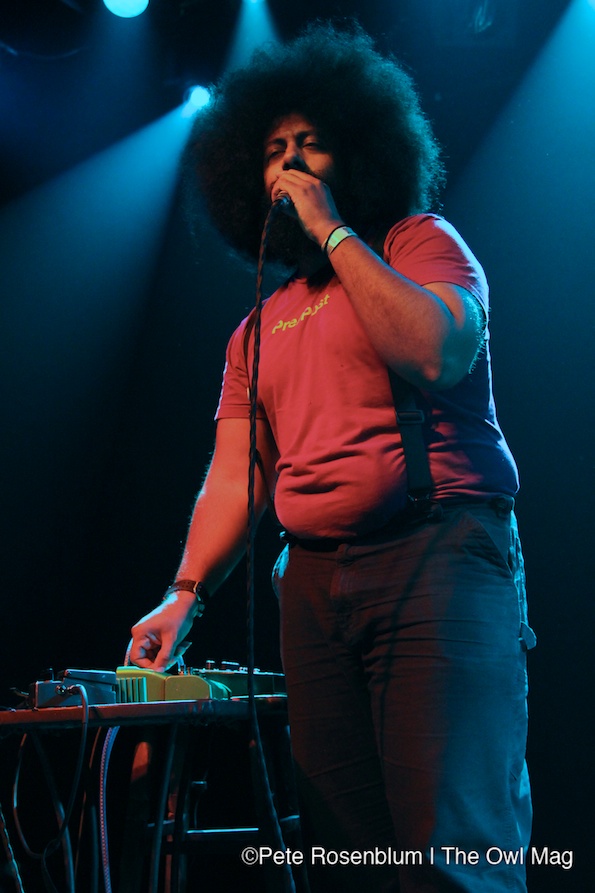 Writing about this cat does him no justice — catch him on the road in your ‘hood and check out CD/DVD Why S#!+ So Crazy on Comedy Central Records.