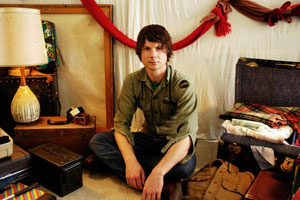 Glasses and shaggy haircuts reflected the crowd at the Fillmore in San Francisco as the audience waited patiently in line for Los Angeles singer/songwriter Sea Wolf and Brooklyn indie rock veterans Nada Surf to strut their stuff.

Sea Wolf started the night off on a high note, playing to an excited sold-out crowd, in support of his debut album Get to the River Before It Runs Too Low. The mellow indie rocker wooed scene kids over early with crowd pleasers such as “You’re a Wolf” and “Winter Windows.” Sea Wolf fans dominated the front of the crowd in support of this rising indie star.

Nada Surf rushed through their trademark tune and radio favorite “Popular,” showing a sign that perhaps thay have grown tired of playing it. However, the emphasis of their set list focused on the band’s latest album Lucky (Feb. 2008). Bassist Daniel Lorca was the most animated in the band, occasionally smoking a cigarette and twirling around his long blonde dreadlocks. Front man Matthew Caws made a few amusing comments during the show, mentioning that San Francisco is a wonderful city to play in, the band does not do dance routines and even kindly handed a fan a bottle of water.

Overall, the gaggle of indie kids bobbing their heads to the music made for a fun atmosphere combined with the soothing blend of music from two talented groups. 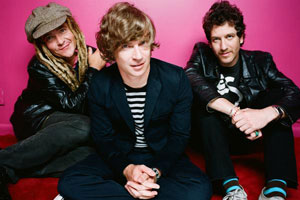