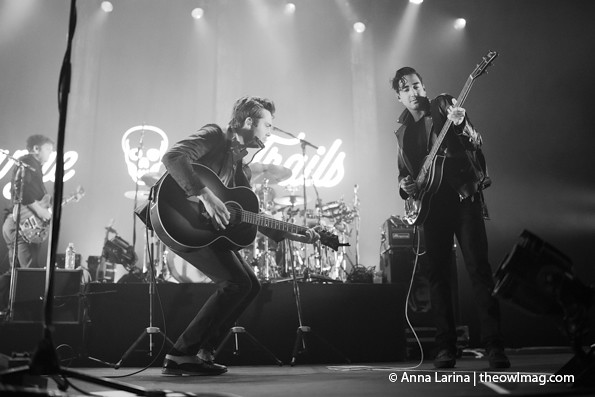 The saga for Lord Huron‘s old-timey group of protagonists continues on their sophomore album Strange Trails and those stories were eloquently told by this group of Los Angeles-based artists on Friday evening in Oakland. Lord Huron live shows are really more musical theater than run-of-the-mill concert. This tour the Lord Huron stage production underwent a massive transformation to include an elaborate back drop and engineering light design that hand escorted each person in the audience into their characters’ fictional world. A creepy narrator with a voice like one of singer Ben Schneider’s hand-drawn undertakers opened and closed the story time at the Fox Theatre. 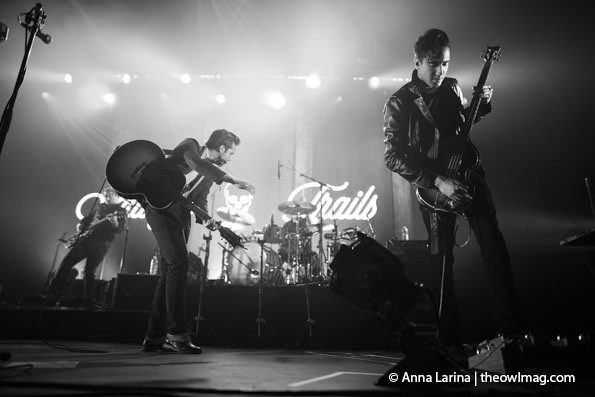 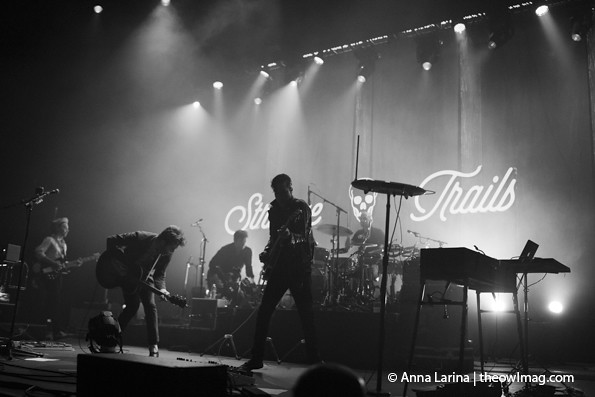 One word that came to mind during the show was growth. Everything about this show demonstrated the way in which Lord Huron has rapidly grown in the three years between debut album Lonesome Dreams and follow-up Strange Trails – be it visually, artistically, but most of all, a cohesiveness within the band that seemed most apparent. There was an unspoken comfortableness that really came across during the band’s 90 minute set. Old songs, like the title song from their debut album, felt different this time around, perhaps it was Tom Renaud’s electric guitar contributions during the bridge giving it a fresher feel. 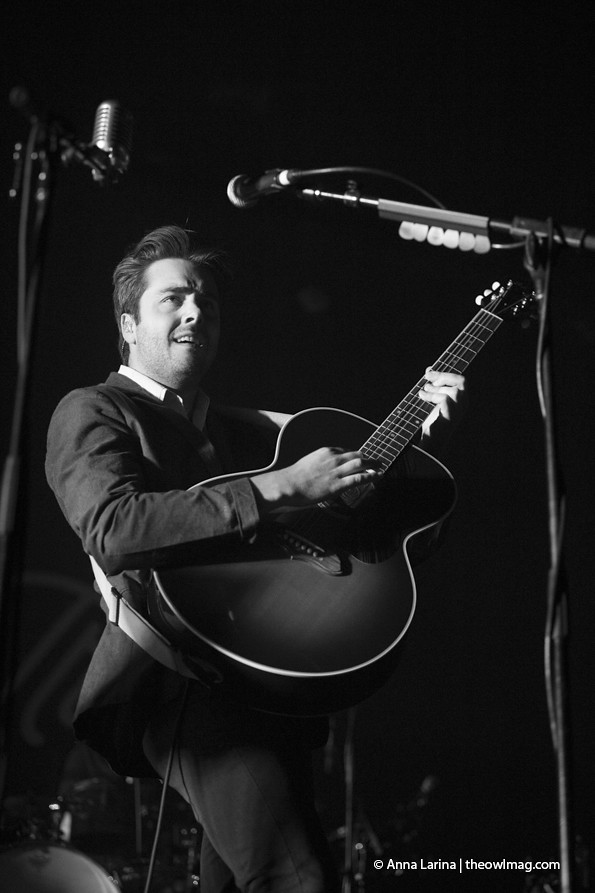 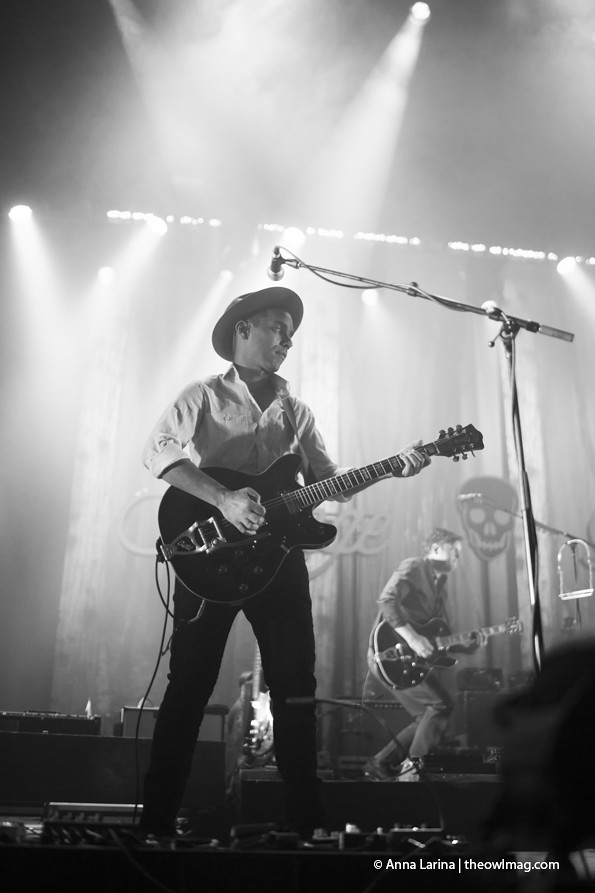 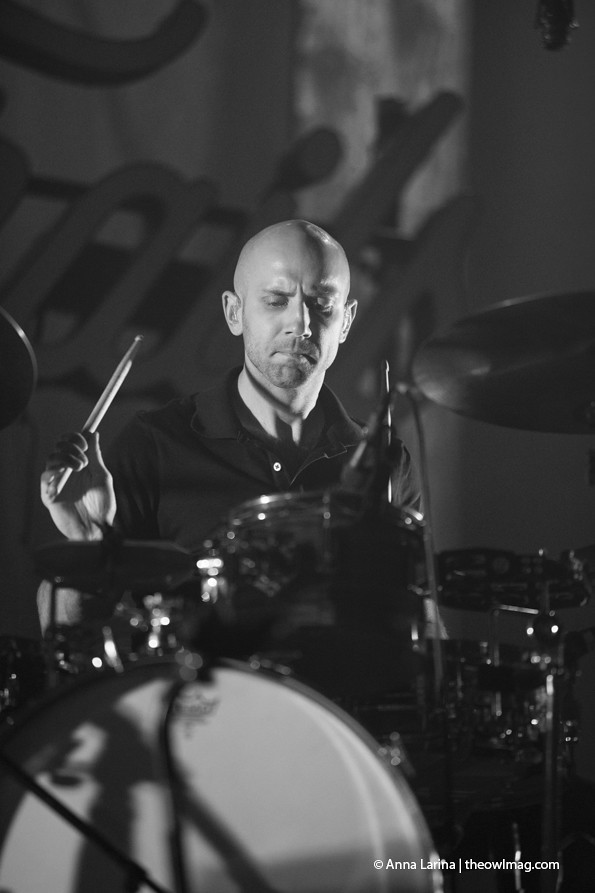 The continuation of the narrative so beautifully created and inspired by Schneider’s fictional character George Ranger Johnson was carried forward during this show and we like to imagine Johnson and Schneider’s protagonist getting into mischief this time around during the band’s performance of “The World Ender” or looking forward to seeing his love again in “Meet Me in the Woods.” During Lord Huron’s performance of the latter, the storybook back drop of trees seemed to magically grow before your eyes as the lights reflected against them changed with the opening chords. The boys take their Strange Trails stories to Europe in June, but will return to North America shortly thereafter to continue touring for the rest of the summer. Catch these fantastic storytellers if you can. 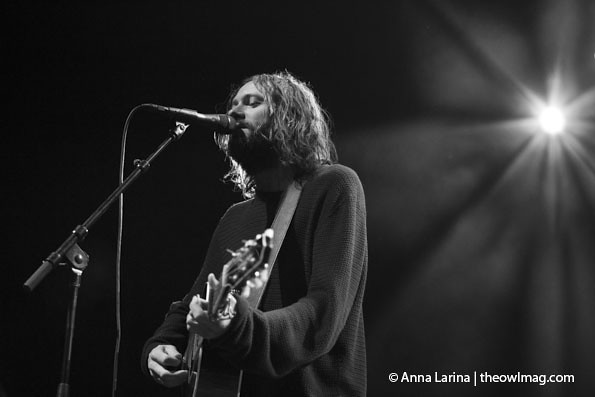 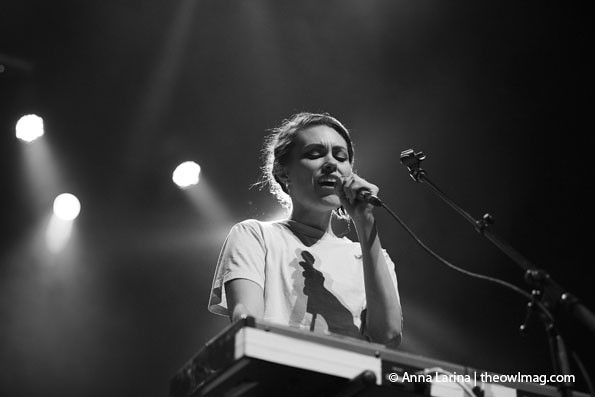 Family of the Year

View the full set of photos of Lord Huron and Family of the Year.